Saturday, in the NRC race at St. Louis, Brad Huff, right before the first corner, yelled one of his funny, yet pertinent lines. “Now boys, we’ll see who has aluminum and who has carbon.” He likes to break the ice that way, a lot of times, but it got me thinking how bad braking on our race bikes is now compared to before.

I think it is a two fold deal. First, the brakes don’t seem to have as much power as they used to. I think I first noticed this when Shimano went from 8 speed to 9 speed. The brake calipers themselves shed a ton of weight, but the squishiness of the calipers was super apparent. The arms themselves flexed a ton. When I went to Redlands that first year, I put my front 8-sp caliper back on and it worked so much better. I think I left that caliper on for two or three years.

But, the carbon rims have changed the game dramatically, for the worse. Breaking on carbon pretty much sucks. It is very unpredictable. It really depends on the speed that you are going, the temperature, the brake pads you are using, a lot of things. When aluminum was the rim choice, I don’t hardly ever remember going into a tight corner “hot” and mildly panicking because I wasn’t stopping fast enough. Now it seems to be the norm for a lot of the field.

On Saturday, I couldn’t believe how early before the corners that good riders were applying their brakes. I think it must have been to get the water off the rims and get a feel for how much braking they were going to have. I don’t know, but it really threw off my cornering rhythm.

Watching the Tour on television, I am amazed how many guys are falling on descents, in the corners. I have to blame a lot of that on the braking, or lack braking. Carbon rims are so unpredictable. They heat up the pads and sometimes catch when you least expect it.

Riders aren’t going to give up the weight gains of riding carbon for the addition safety of better braking. That isn’t going to happen. So, I’m not sure how to alleviate the issue. Maybe the riders themselves can try to pick better brake pads for the conditions, so they have the optimal braking power. I normally use SwissStop yellow pads most of the time. They work on both aluminum and carbon rims. I hate changing my pads back and forth, so it is a good choice.

I wish the bicycle manufactures would realize the problem here and come up with a solution. More brake pad selection, beefier brakes, something. Because this lack of ability to stop has really made the sport much more dangerous. 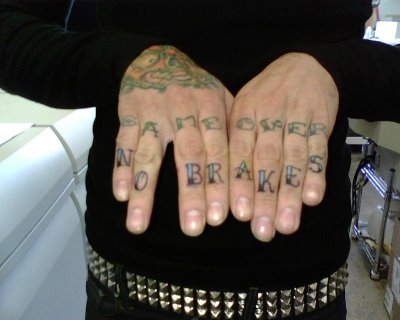 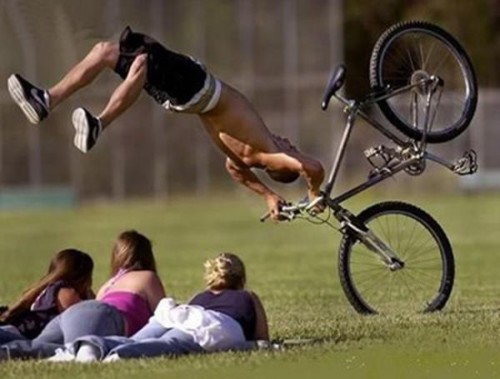 Too much front brake.