I was off the grid for a few days. It wasn’t intentional. Sunday, I made a rash decision to drive down to Arkansas and spectate the end of Joe Martin Stage Race. I figured I’d hang out there and train for a couple days in the mountains around Poteau, OK. But, on the way, I made a right hand turn and ended up in Texas. I thought I needed to just ride my bike for long periods in the heat. And it was really hot. I don’t drink much during rides, but I was drinking 4 or 5 bottles in 4 hours. That is almost unheard of for me.

Wednesday I went by Richardson Bike Mart in Dallas. I’ve known Jimmy Hoyt (Czar of RBM) since the early 80’s, when he was a Schwinn dealer and I was riding for Schwinn. I had never been to the flagship store in Richardson. I heard it was the biggest bike shop in the country. That has to be true. The clothing section is bigger than most huge shops. Anyway, I met up with a bunch of guys I already knew from the ages. They do a zillion rides from their shop all the time.

Anyway, I was going to ride the 6pm Wednesday ride, but a huge thunderstorm came through and it rained over 2 inches the next couple hours. It didn’t matter because I’d been meaning to go by there for years and I’m glad I finally made it by. If every city in the US had a shop as pro-racing and riding as RBM, our sport would be a thousand times healthier than it is. Those guys do an unbelievable job of spreading the joy of riding a bike. If you happen to be in Dallas, you should make it a point to stop by and check out RBM. If you’re lucky, Jim will be around and you’ll be treated to some of his Texas hospitality.

So, I’m back in Topeka. I was/am planning on driving over to St. Louis to do the Tour de Grove NRC race tonight through Sunday. The only problem is that no one else seems to be too interested in going. And it is 50 degrees and raining. And it is supposed to be raining in St. Louis all night. Pretty much through Sunday. I’m not sure that is in my best interest, right this moment, to go. I really don’t know. If I was already in St. Louis, I’d be getting all psyched to race a rainy, night time criterium. I usually thrive in those conditions. But, driving 300 miles to race one is a different story mentally. Especially when I haven’t raced hardly at all this month and am barely healing up from my last criterium. I’ve got a couple hours to decide.

Okay. Going to contemplate the next couple days. 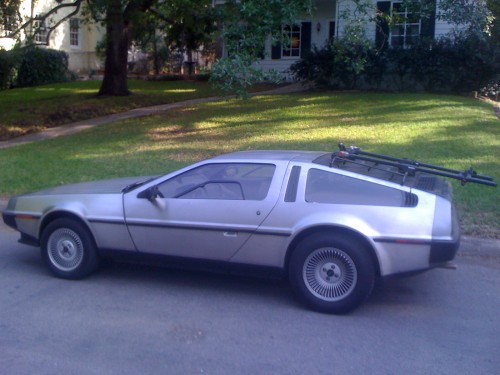 Only in Texas, a DeLoren with a bike rack. 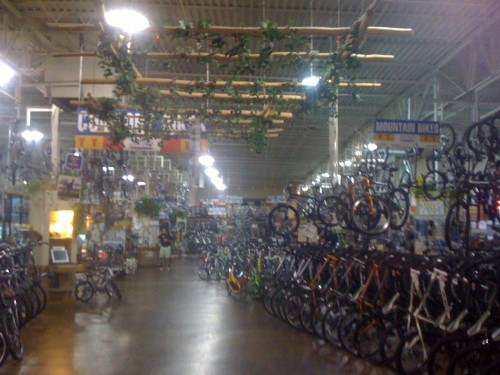 I have no idea how many assembled bicycles they have on their floor. 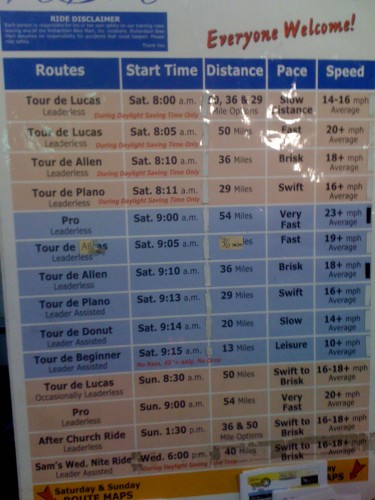 The ride schedule at RBM. 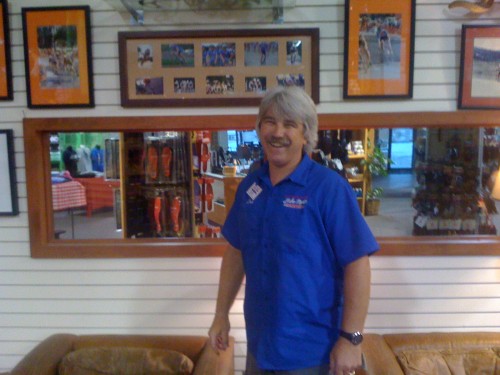 Sam Montag in front of the historic wall at RBM. Sam's been racing in a RBM jersey since 1983, continuously. That has to be some sort of a record. 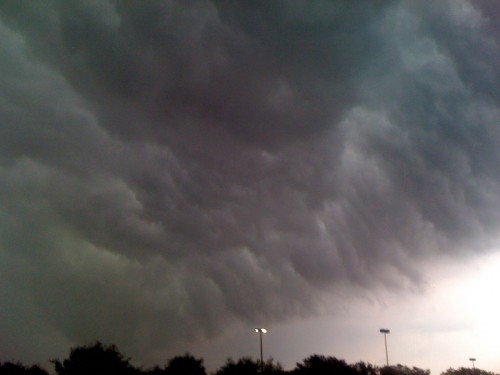 The sky before the ride. Obviously a problem for bike riding. 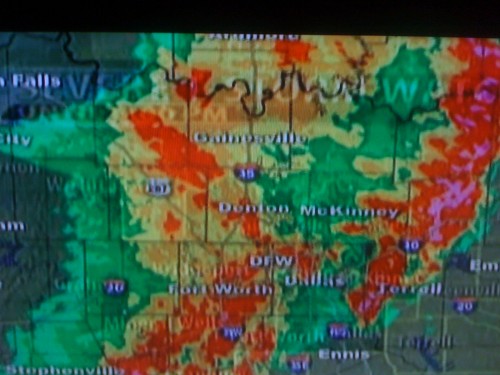 As if we couldn't already tell, we went to the radar just to make sure it was going to be ugly. 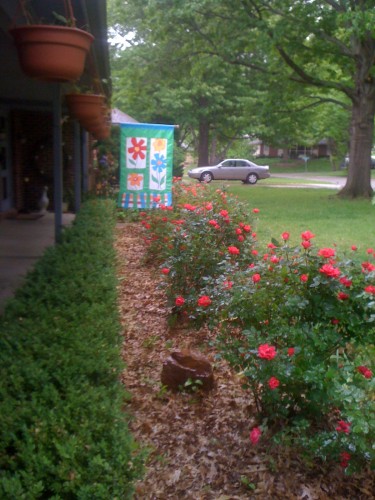 The roses in my front yard bloomed while I was gone. Nice. 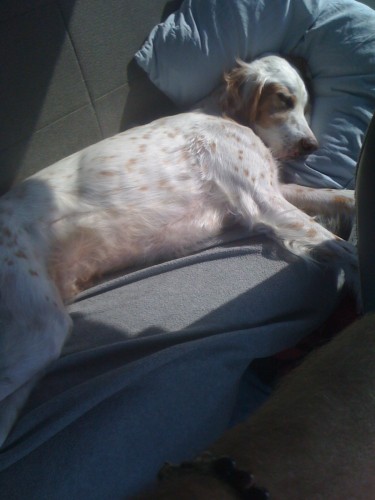