A couple times this week, conversations about this very thing has come up. On a ride the other day, the discussion was about why Francisco Mancebo was even racing in the US domestically. Here’s a guy that has finished 8 times in the top 10 of Grand Tours and stood on the podium twice at the Tour of Spain. And now he’s cherry picking stage races and leading the NRC in the US. He retired immediately when the Operation Puerto list was released, only to return to racing in the US with Rock Racing. And we all know that story.

You’d think that no one, and not a team, in their right minds, would hire the guy, but that isn’t the case. What amazed me about the conversation was the statement that he doesn’t have to be using drugs racing over here because he is that much better than everyone already, so he doesn’t need to. I asked, “how would you have any idea how good Mancebo rides with drugs”, or without drugs, for that matter. I’m not sure there is a rider in the US that rode with Francisco before he was beating up the European Pros. It was the general consensus that he already is a great athlete and is still good without drugs. I don’t get it.

Then there is the Mantova doping investigation. A couple guys from BMC are caught up in the situation. This is from before they were riding for BMC. Anyway, Allessandro Ballan is the “big fish” named. Probably because he is a former World Road Champion. Anyway, the pharmacist that was supplying, administering the drugs stated, “Without chemicals Ballan would never have made it.” I don’t know exactly what he meant by that, but it is obvious, at least to me, that drugs make riders tons better, not just a smidgen.

So, Ballan will serve a couple year time out and return because he is young. He is a nice guy, I’ve met him. I’m sure he’ll be accepted back like Ivan Basso, David Millar and others that don’t seem to have much negative fallout from their suspensions.

Compare this to Milli Vanilli, the lip-synching musicians. When musicians are “caught cheating”, they virtually never get a get out of jail card when they try to resurface. They are shunned forever. People assume since they had to have someone else record their songs, that they never had the ability to do it in the first place. Milli Vanilli tried to record again using their own voices with no luck.

I don’t see that much difference between the cyclists and Milli Vanilli. When a guy tests positive for a drug test, I have no idea when he started using drugs to race. But to assume that he is a great athlete already is stupid and wrong. I assume he is a mediocre athlete that became a great athlete by using drugs. I understand that isn’t the norm.

Anyway, I doubt I’m ever going to think main stream. I just hate it when the main stream thought process isn’t something that I’m aware of. 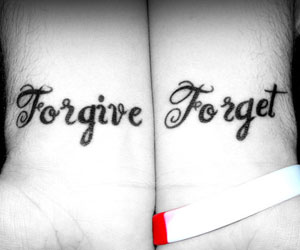 15 thoughts on “Forgive and Forget”