not being on my bike the majority of the day isn’t sitting too well with me. I really like riding my bicycle. Especially in Austin. I got way too much sun yesterday though. I spent the majority of the afternoon trying to make my ‘cross bike into a road bike. You wouldn’t think it would be that hard. I didn’t get around to gluing any tires on. I felt a little guilty making Bill and George wait around until late afternoon to ride.

Bill isn’t feeling good now either. I don’t know if I got him sick or that he has something else going on. But, his throat is sore and his legs are heavy. We were supposed to ride all day with a few guys today, but that isn’t going to happen for me today. I haven’t talked to Bill this morning.

I guess I can finish gluing tires and pretend that everything is good for the weekend. I’m not sure that is going to help, but at least it will keep me occupied. 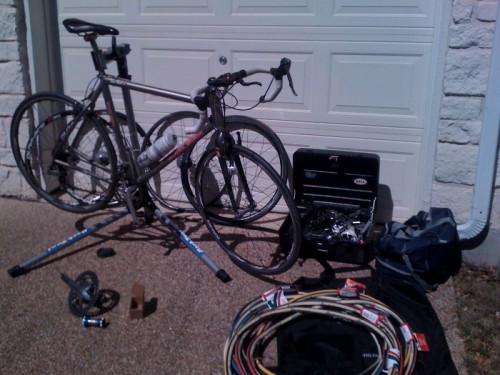 Too much time in the sun. 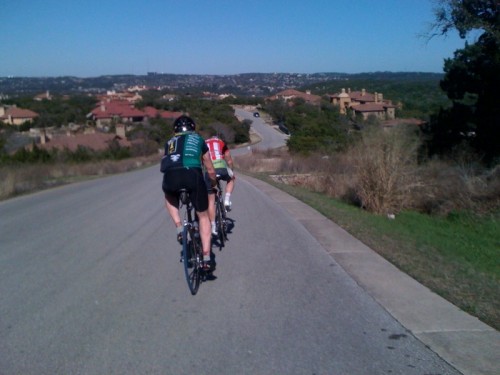 Riding through the slums on an afternoon coffeshop ride.