The mornings are the worst. I think it is from laying on my back and everything dripping down towards my lungs. Yesterday morning I felt pretty bad. Then, during the day, I thought I was approaching getting well. Now again this morning, it feels like back to square one.

I got a call from a friend that had an extra ticket to the KU vs. Colorado game yesterday, so I blew off riding and went down to Lawrence. I haven’t been to a KU game this year, so it was a real treat. Allen Fieldhouse is unbelievable. The energy there is unmatched anywhere I’ve ever been. The introduction of the KU starting lineup gives you chills. It is special. KU smeared Colorado. It was good.

I stayed down in Lawrence to meet up with Brian. I walked from the fieldhouse, through the campus and over to downtown. I hadn’t walked through the campus for awhile. It was nice. I went through the Union and a couple other buildings. KU campus is on the top of a hill, Mt. Oread. It has pretty great views. Really nice place.

Ned called when I was about it stop to get something to eat. I haven’t talked to Ned for a while. He is funnier than shit. You probably wouldn’t know that by just talking to him, but he really is. He tells me he was in Kansas City on Friday for a store opening for the new Bike Source in Overland Park. He’s been traveling a ton, as usual. Sounds like he’s riding good. It was nice catching up.

We’re supposed to ride from our house at 12:30 today. It is going to be in the mid 70’s. The wind is already blowing nearly half that. Great. I’m wondering if I’m going to feel okay riding today or as bad as I do sitting around.

I still haven’t finished the brake lines in my van. I have the lines bent and installed, but two of the flare fittings aren’t sealing, so it is leaking brake fluid. It’s kind of hard to explain, but I don’t have the right tool to put the right “male” end on one end of the line. I’m going to take it to a shop and hopefully get them to do it.

I need to get the van out of my garage so I can put my road bike together. And glue tires. Cross tires off, road tires on. I hate doing that, but it’s changing of seasons.

I saw Health Blackgrove won yesterday in Walburg. That was a given pretty much. Joseph got 2nd. He is on Health’s team now. Good results.

Okay. I’m going to get some coffee. It’s a drag, because coffee never tastes good when you’re sick. 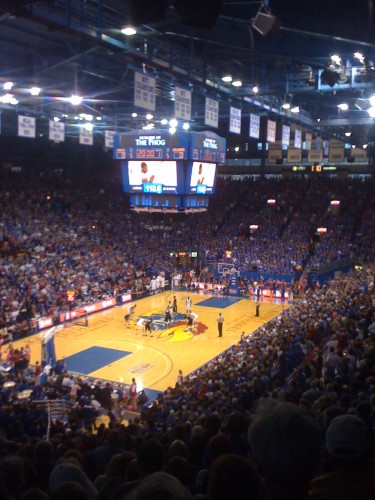 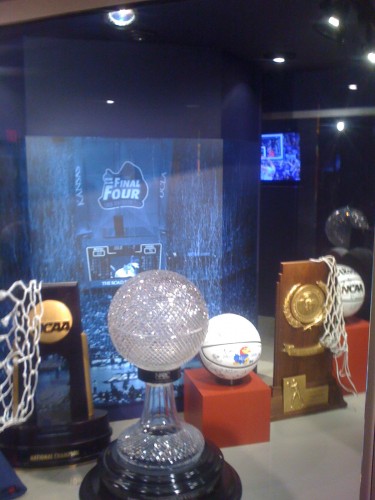 The trophy case going into the fieldhouse. 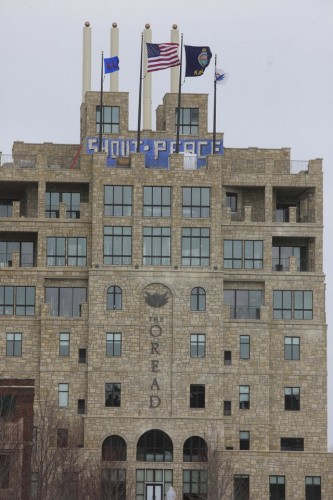 The new Oread hotel on the campus at KU. 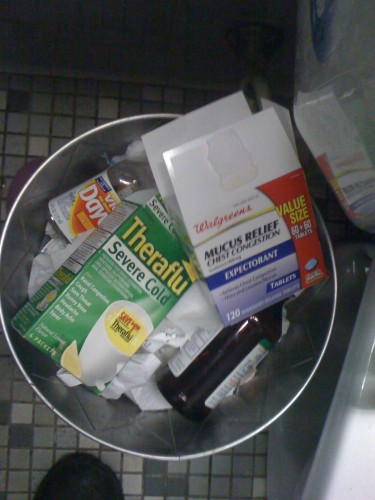 The trash can in my bathroom. Disgusting. 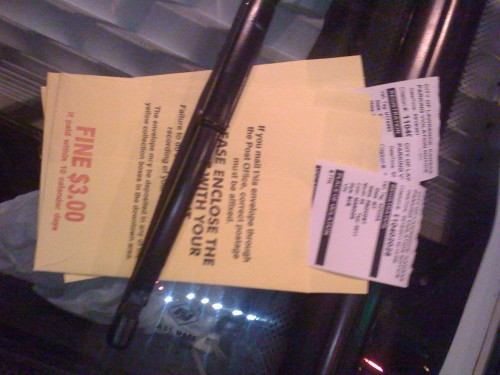 Josh Ritter's bus outside Liberty Hall. How about that for a parking ticket. $3. That's Kansas. Seems fair to me. 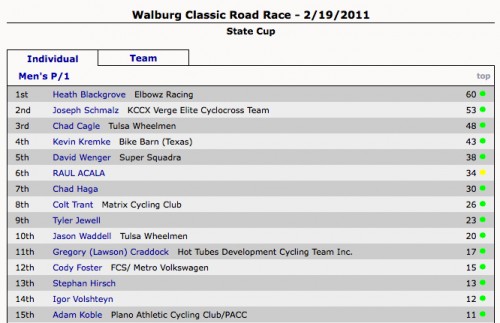 2 thoughts on “This is Getting Long”