The Walburg Road Race is tomorrow. I’m not going to be there. It has been the first race road race I do at the start of the season for a while. I’m really not sure how long. Maybe the last 5 or 6 years. I like the race. The course isn’t hard, but the wind is usually. Wind is my friend in a race, usually.

I like racing in Texas early season. The fields are large enough to hide in. There are enough good riders there to make reading the race possible. And the distances and courses are just long and hard enough to get better each weekend without completely throttling yourself.

Anyway, I’m bummed I’m not going this weekend for Walburg and Pacebend. Jeromie Payne, the promoter of Walburg, has actually went out of his way, the last couple years, and contacted me about coming to his race. I hope he realizes how much I appreciate that. My team usually is in the mix. Usually stirring it up some. I hope the Texas guys can get by without us this year.

I’m pretty sick. I started taking antibiotics yesterday. Once it is yellow/green/brown and not clear, that’s a pretty good sign to get serious. Like I said a couple days ago, I usually don’t get well fast. And antibiotics and I aren’t compatible.

The best I feel all day is riding. I seem to have pretty good power and am hardly breathing at all. That is a good thing because I don’t think I can take a full breath.

Bill has been riding a bunch. Yesterday was 75 degrees. Shorts and short sleeves. The wind was a constant 30+mph. Very stiff. We met up with a few guys from Lawrence and rode them a little South before heading back. I’m trying to keep it under 2 hours. It’s hard because it is the best I feel all day, but the last few miles each of the last two day, I’ve ran out of juice and limp back. I need to be smarter in that respect.

We found a cell phone on the road coming into Topeka. I’ve found a lot of cell phones. Not 10, but close. It is always just a hassle. I really have never had a good experience returning someones cell phone. No one seems to appreciate it much. I found a iPhone 4 in San Diego last December and met the woman a hour later. She showed up late and hardly thanked me. She said it was the 3rd one she’d lost and had insurance, so she didn’t really care. This one was an easy return. The woman was pretty popular and the phone was ringing constantly. We got an address of a relative and Bill just put it in his mailbox. The woman called and Bill told her where he was taking it. Easy.

One upside of being in Kansas this weekend is that Josh Ritter is playing at Liberty Hall in Lawrence tonight. I know, you saw him last week in NYC. But, he is great and I can’t pass up this opportunity to see him in such an intimate venue as Liberty Hall.

Okay. It is cold this morning, but it is supposed to get back to nearly 60 today. I need more sleep. Think I’ll go back to bed. 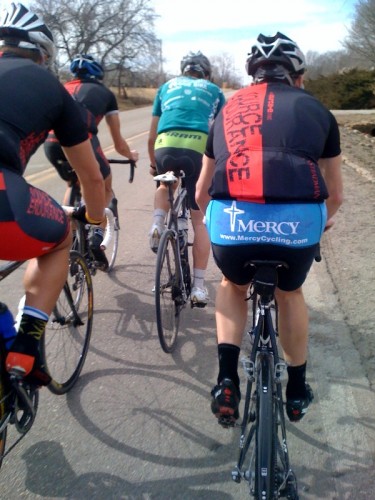