Yesterday I finally got the garage cleared enough to put my van in it. It was no small task. Man, do I have a lot of stuff from last season spread all over everywhere. This van is not fun to work on. It was from New York state and the whole underside is rusty. I will never owe a car from the Northeast again. Or the upper Midwest or anywhere they use salt the whole winter. It destroys automobiles.

I got a lot of good advice and after looking at the situation, I decided to run the new brake lines under the carpet inside the van. It will be so much easier. But, I need to remove the front drivers seat first. And the nuts on the bottom of the car are not cooperating. It is ugly. They are way hard to get to and they are so rusted that you can barely see the threads on the bolts. I’d just cut them off if I could get to them.

So, I gave up for the evening and watched the last half of KU vs. Missouri. Kind of a smear towards the end. The first half was good, but Missouri kind of melted during the 2nd half and KU won 103-86.

I hate it when shit falls in my eyes working on cars. Even when I’m wearing glasses, it still happens. I woke up this morning and can barely blink because of all the crud. And it amazes me how much warmer concrete is if you put down a piece of cardboard. I noticed that in Japan a long time ago. In the metro stations, all the homeless Japanese were sleeping on cardboard. Then I noticed it back here in the states. Cardboard is a great insulator. I have one of those low roller carts things, but it seems like cardboard works just as good, if not better. Okay, better go get ready to lay on my back on cold concrete for the rest of the day. Makes racing, in the wind, in the desert, in Qatar seem glamorous. 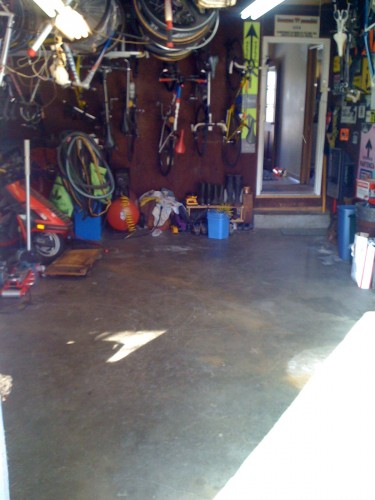 About as empty as this has been in quite a while. 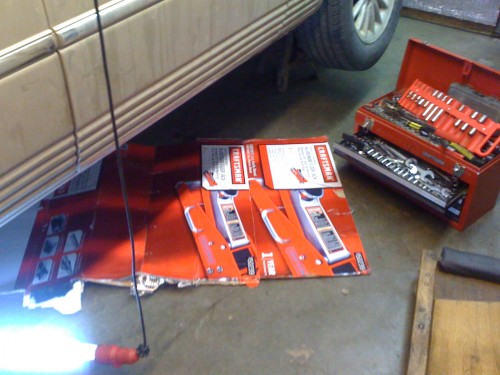 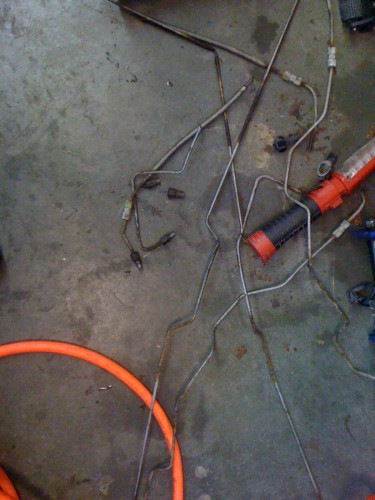 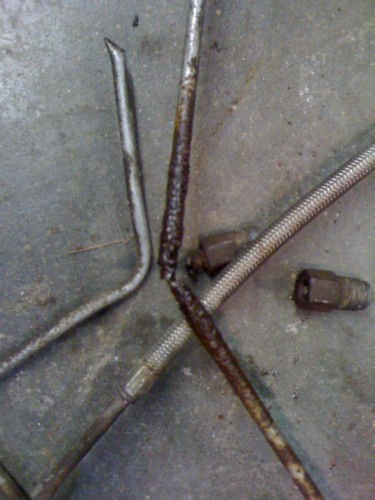 The one that was leaking. It seems like these should be made out of stainless or something that lasts longer than 8 years in the weather.