Now that I’ve left Belgium, I want to come back. When it’s warmer and more bike friendly. I’ll probably fly back for the classics this spring, for a couple weeks. I think I might like to try my hand at a few Kermesses again. I know I can’t race the Pro races now, but I don’t really care. The Elite races will probably be just as challenging.

Belgium is so small. I think there are nearly 4 Belgiums size countries in the state of Colorado. Like I said, all the interstate highways are lit. Countrywide.

It is pretty expensive in lots of respects. Not many things are less. Beer is. And it is much better. They have a thousand types of beers here and most seem better that many good beers you get in the States.

Another thing that is better is the bakeries and pastries. Sometime we got used to eating subpar bread. I’m not sure when it happened. Before I was born. But, eating fresh bread on a daily basis should be on everyones “to do” list. I have to get the bread machine out the day I get back, because it isn’t going to get any better anytime soon back home.

And, they have great chocolate here. Super great. Everywhere. It seems these people live on beer, bread, frites and chocolate. I could get used to that.

The cars are different. Better in my opinion, but only because they have a choice of so many more diesel cars that get unbelievable mileage. Small diesels, diesel vans, so many nice cars that get double the fuel economy of most the automobile we have in the US. But, when gas costs close to $8 a gallon, it is only normal for that to be the situation. I hope we don’t have to wait until it costs that much for us, to have their automobile choices. I don’t quite understand why we can’t buy these cars. It must be some political bullshit. It has to be.

The houses and building here are an anomaly. Everything is either super old or super modern. And the super old farm houses usually have super modern interiors. I’m not sure what that is all about.

Yesterday, when I got back from riding, I saw so many sports on TV that we never see. I watched a little speed skating, then watched ski jumping, then a Nordic Combined World Cup, luge and then a Biathlon. I also saw a weird mass start speed skating race from Holland. Outside on a super long course. Maybe 5 km. It was so much like criterium racing. I’ve never watched it before. It was great. Plus, ‘cross of course. I think it is great that they show the sports of the season. Not like we do it the states.

Saturday night after the race, we went into Mol and drank beer in a super nice lounge/bar. It really wasn’t a bar. But, it wasn’t a restaurant. It was on the square in downtown Mol. There were tons of young people riding their bikes to the bars. It was picking up as we left after midnight. It seemed like the Belgian people like to get out and do things more than we do in the States. Especially in “bad weather”. And they seem to be more attached to the soil. By that I mean, and this is just something I came up with, that I think that some many Belgians are just a generation away from farming, that they accept the “farm attitude”, which is definitely blue collar, way more readily than Americans. Lots of town have fields in the towns. And farm animals. I think that is one reason that they dig the sport of cyclo-x. Cyclo-X is super blue collar. A hard mans sport for sure. It goes hand in hand of what these people are all about.

And for sure, they like to ride bikes. They ride bikes to commute. To go to school. And to recreate. Driving to Brussels yesterday, I must of seen 20 groups for more than 15 guys out riding. In the rain. At close to freezing. Makes most American riders seem like fair weather bikers. I know that I’m not going to let a little moisture keep me from going out and riding later this year.

So, if you’ve never had a chance to come to Belgium and ride, you should put it on your “to do” list also. It isn’t that expensive to get here. And it is wonderful after you’re here. Even in January. In the rain. 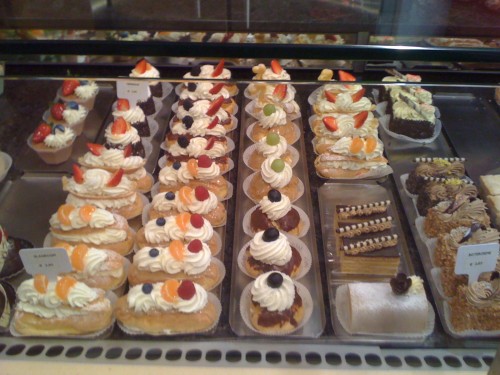 We usually don't have this selection of pastries in the US. 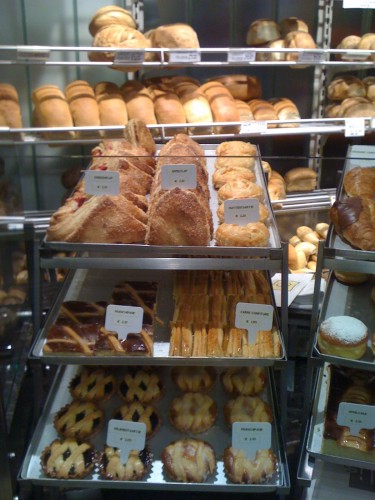 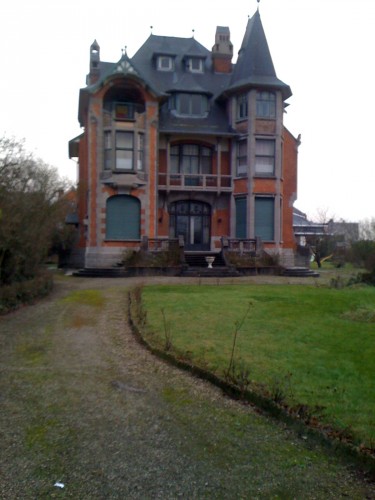 Everything is built of brick and stone here. 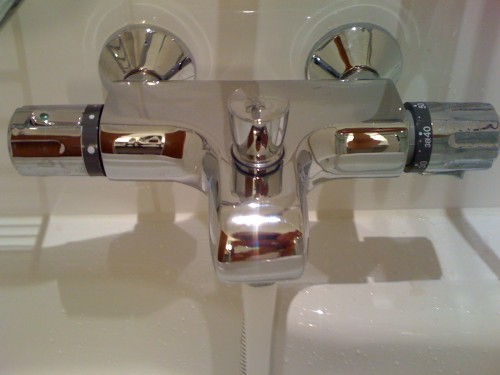 They have a much larger selection of super high end facets too. 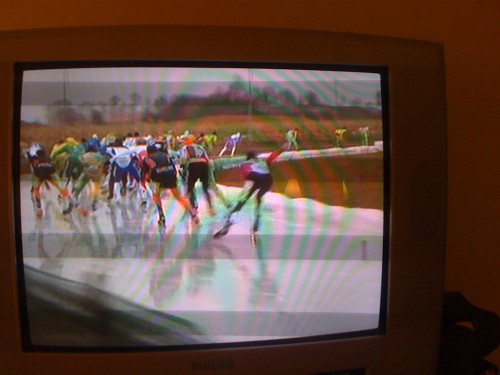 Photo of the pack outdoor speed skaing race on TV. 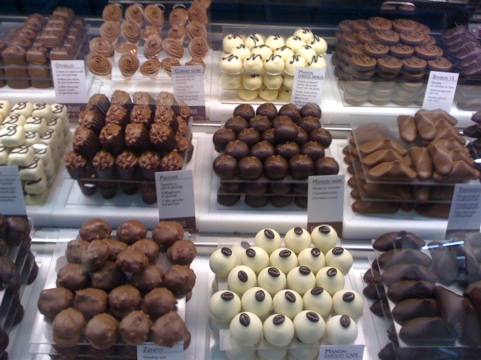