Today was a pretty weird riding day for me. I met up with the 787 guys at Mellow Johnny’s at 9 am. It wasn’t that warm, but it was supposed to warm up to the lower 60’s. A pretty good group started, maybe 15 or so. But, by the time we got close to out of town a half hour later there were a lot more. I guess the Wolly Mammoth Team was having some sort of race/orienteering meet today. 5 man teams having to follow a hint sheet and ride 90 + miles. It seems that most of the race course was on our 5 hour ride. We kept hooking up with all these groups of 5 throughout the day.

I ended up with 105 miles. Not without some damage. We came back over the Lost Creek climbs I did yesterday, but backwards. The big group that was together kind of split up here. I’m not sure why anyone was going fast up the climbs, but it seemed to be the way. I put a couple efforts in just because I haven’t really done any intensity since I’ve been down here. I felt okay, but this allergy thing is keeping me down. Anyway, I ended up doing a little neighborhood riding to get up to triple digits again. But, I mildly bonked adding these junk miles. That might be the first time that has ever happened. I normally don’t add junk miles at the end of a ride. But, I don’t really have much to do the rest of the day, so why not?

Trudi had rode 55 miles with Ann today and was walking Bromont down to Austin Java a couple miles south. I got a text right when I was nearly back to the house and decided to ride down there. I was pretty blown. Nearly bonked. I ate an egg thing, a cinnamon roll and some coffee and felt better. I ran Bromont back to the house. He needed some intensity too.

It is gloomy and wet out this morning. The rain was supposed to rid the air of cedar pollen. We’ll see about that. I’m just going to play it by ear after the weather seems more predictable. I might go and ride in sand. Might sit around and not do much. I’m not sure. 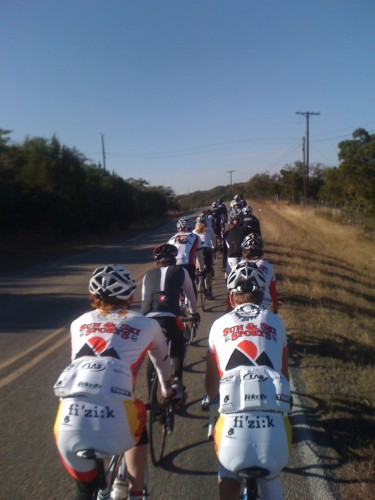 This was some of the guys heading out of Austin. 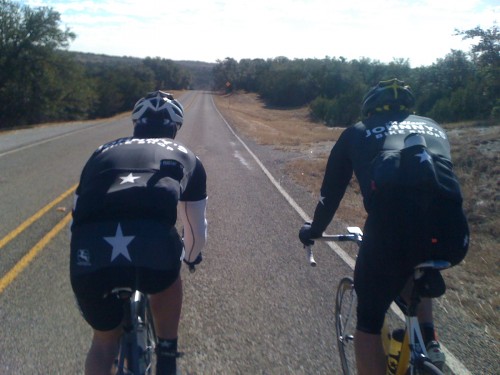 Out by Dripping Springs it got down to just a few of us. 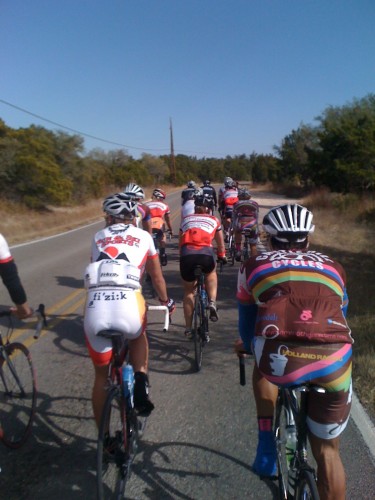 Then heading back into Austin, the group grew into more. 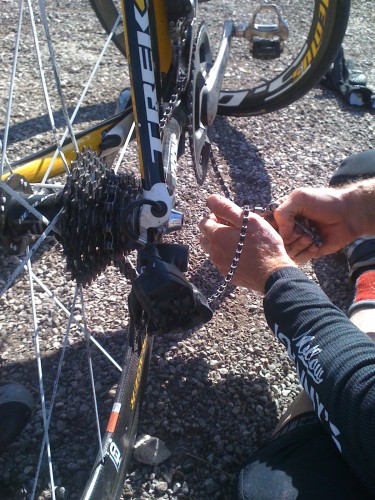 Robbie had a spoke problem with his rear wheel that morphed into a destroyed Di2 rear derailluer. 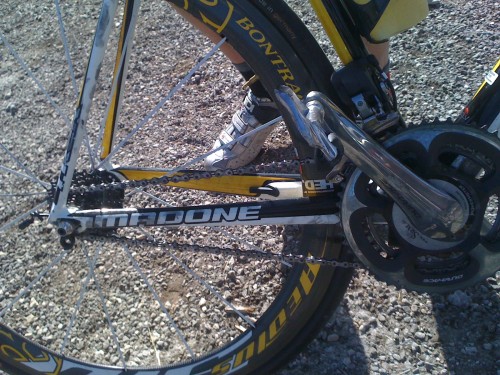 But, I had a chain tool and Robbie had a single speed that went forward.