Yesterday we got in 4 hours. And it was really windy. Extremely. I felt like shit the first hour. Skiing, driving, antibiotics, whatever legs. I started feeling better after a couple hours. We stopped and got coffee in Lawrence after a couple hours. I felt better on the way home. Most of the ride was on gravel. It was super tame though. Hardly anything I even worried about flatting on. The temperature topped out around 70 yesterday after, but by 7 pm it was down in the 30’s. And, that is supposed to be the high temperatures today.

Speaking of cross. Here’s a link to Joseph’s column from Cyclingnews.com yesterday. It’s a hard time to be racing over in Belgium recently.

I need to practice riding in sand. I watched a video of the Mol course and there is a ton of riding in deep sand. I wouldn’t call that my forte’. But, I’ve never ridden super deep dish rims in sand. I think that is the key. I think I’m going to go down to the Kansas River and mess around on some of the sand bars this afternoon if I don’t go to the race. I looked at the river yesterday while we were riding and it seems to be a bit high. I’m not sure if the normal sand bars will be there. Kris will know. He’s down by the river dog walking all the time.

Man, it seems like the weekend and it’s only Friday. I lose track of the days of the week all the time when I’m not racing on the weekend. Especially when Christmas and New Year’s are thrown into the situation.

Since it’s the last day of the year, it might be an appropriate time to say something about this site. Nearly 400,000 viewers came to this site this year. Only 13,000 last January and now nearly 60,000 in December. I don’t know whether that is a lot or not. I do like the way it puts me back in contact with people I haven’t heard from for a long time. But, I guess facebook would eventually do the same thing.

I don’t really have any deep insight into why I started doing this or how long I’ll stay at it. I do know I get a lot back from it. It is strange how many people are interested in stuff that seems mundane to me. Or, how little interest people have in stuff I’m super interested in.

I live sort of a “free form” lifestyle. Being able to deviate from any given direction at virtually anytime is probably the definition of that. I’ve made some choices/sacrifices throughout my life to have the opportunity/luxury for this freedom of choice. I value that a lot. But a lot of it is just plain luck. I’ve never been one to pass up something that perks up my interests. I feel pretty lucky that I found an occupation/sport/lifestyle in cycling that seems to fulfill most of the requirements to satisfy the way I’m wired.

I wish I’d given a little more attention to the written language in school. I wasn’t big on subjective subjects. I’m not big on subjective sports either. I can barely read an article written about me. And I have much less patience for rereading what I write. I’m trying to change that, but it is a bit like pulling teeth. It is mildly embarrassing having so many typos, but that seems to be the way I tick. I have worse faults.

Okay. Enough of this. Thanks for reading and participating in this. It makes it worthwhile. I hope everyone has a good New Year. 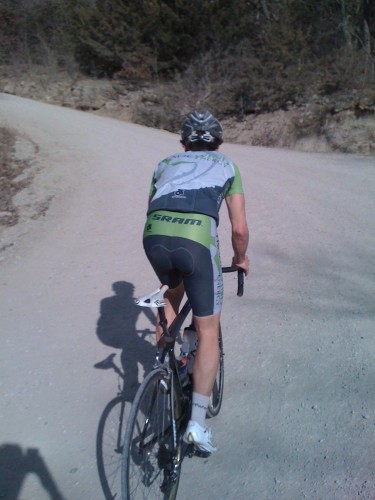 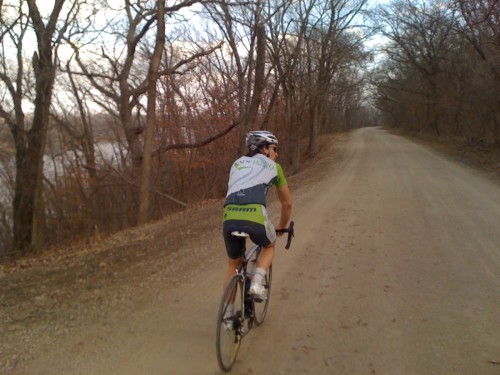 It is always nice riding near water.