Back in Topeka. Gotta make this short. Riding in 15 minutes. Bill is heading over here and were riding over to Lawrence on the River Road to meet up with Adam Mills. It is already nearly 65 degrees out. That’s the upside. The downside is that the wind is blowing 40 mph. The River Road is sheltered some for the South wind, so it might be okay for the first hour.

I’m kind of beat up from the drive yesterday. We got behind a wreck for over an hour, so didn’t get back until nearly 10pm. KU basketball was on the radio from 8pm on, so it was alright. I’m about ready to cough up the money for Sirus/XM Satellite Radio. I have been invested in that stock, on and off, for a while now. Now it’s my #1 investment. I guess I can afford to give them some of the profits back I’ve made recently.

Okay. Guess I’m riding my cross bike since I dismantled my road bike for Nationals. I hate doing that. But, it is always the case. Strange. 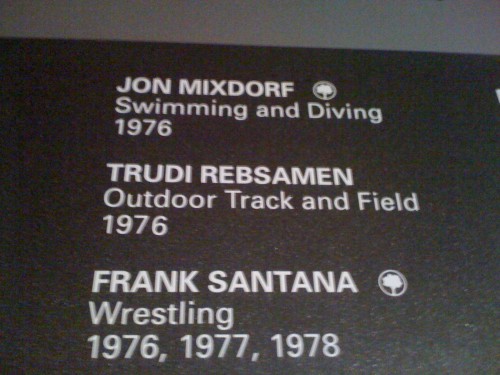 We made a 15 minute detour over to the Iowa State Football Stadium, in Ames, to see Trudi's name on the All-American Wall. She didn't know she was an All American, but heard her name was there. She ran 4 years on scholarship at Iowa State. Pretty cool. 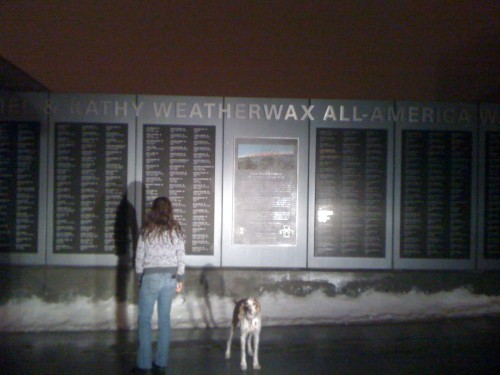 Bromont had no idea what we were doing. Not our normal driving stop. 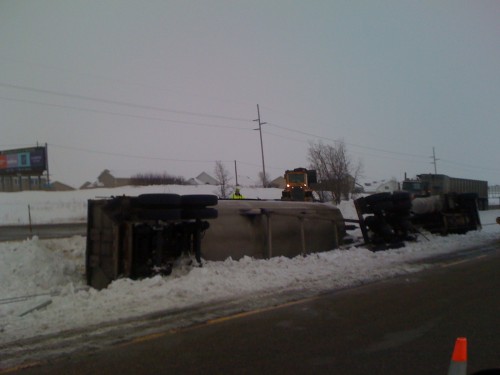 Reason for a 1 hour delay. I hate traffic. 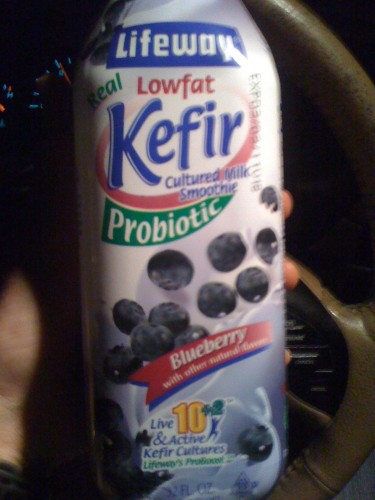 I've been drinkng abunch of Kefir and eating a lot of yogurt since taking antibiotics. This is the best I've had. Almost tastes like a fruit milk shake.