Two days after Christmas, Monday, December 27th, is the Double Birkie. It starts at the fish hatchery ski trails near Hayward at 8 am. It skis from Hayward up to Telemark and back to Hayward. Something over 90 km or so. Since Telemark Lodge is closed for the lunch stop, there is going to be a stop either at the North End Ski Trail warming hut or a cabin up by Telemark. I’m not sure which, but there will be a place to stop and dry off a little and eat.

I don’t know how long this has been going on. I first skied it in 1991, I think. It was started by Tom Schuler , (Ella’s Grandson) and and a few other cyclists. I don’t know why. In 1991, I’d skied maybe 5 times in my life and then did it. I couldn’t even V1 up a hill at the time. Only walking stick. And the guys I was skiing with were all professional bike racers and most had speed skated before that. It was Greg LeMond, Tom, Jeff Bradley, Michael King and a handful of others. I struggled the first 6 hours or so, but towards the end, on the hilly section, my walking stick paid off and I was nearly the last man standing. I was pretty fit from cyclo-x and what I was doing had nothing to do with the sport of skate skiing.

Anyway, anyone can show. It’s super casual. I’d make sure to bring something along to eat, just in case. The conditions of the Birkie Trail are unbelievable right now. It should be perfect. But, I’ve skied this thing in 6 inches of virgin snow, which doubles the energy output, at least.

So, if you have nothing planned next Monday, consider coming to Hayward and skiing for the whole day. It’s 10 hours from my house and I make the drive as often as possible. 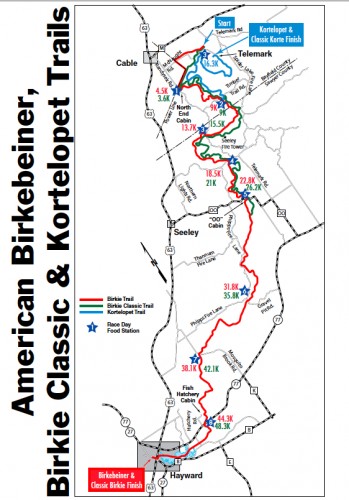 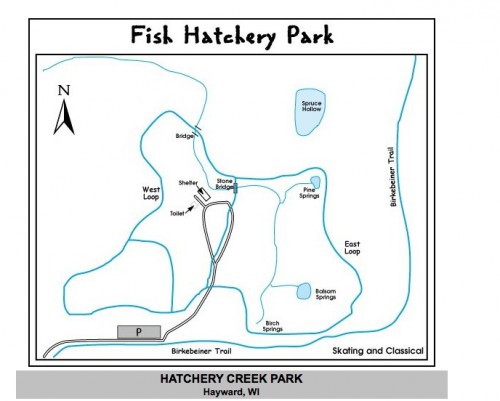 Directions to the Fish Hatchery are here. 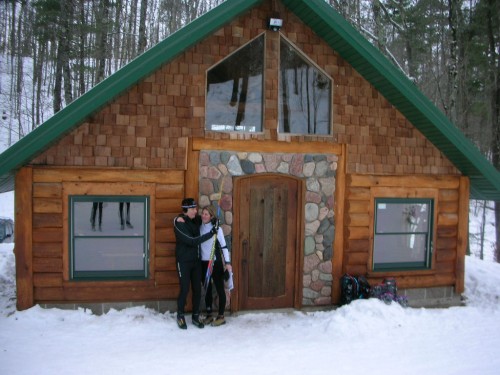 Dennis and Lauren in front of the North End warming hut.