I feel like shit, but am trying, once again, to catch up on all the stuff that I put off the last month, or longer. We’re driving to Chicago on Thursday for Christmas and the AWD van needs new brakes all around, so that is the task of choice today. It’s supposed to get up to the mid 40’s, so that won’t be so bad. The van was originally from New York State and there is a ton of rust underneath. I hate having to stop working to get parts, so I went to the auto parts store and bought everything that might need to be replaced for each wheel. Rotors, pads and calipers all around. I’ll return what I don’t use.

I rode just an hour yesterday and felt like syrup was being pumped through my veins, whatever that feels like. It wasn’t good. I think the antibiotics are working. At least on the worst infection. It seems to be healing up. A couple more seem to be just about the same.

I haven’t really had anytime to really acknowledge that it is Christmas in 4 days. When cyclo-x ends so late, it throws you off. Wait until next season when the Nationals in Madison aren’t until January.

Okay. I should get my insulated coveralls on and make the plunge. 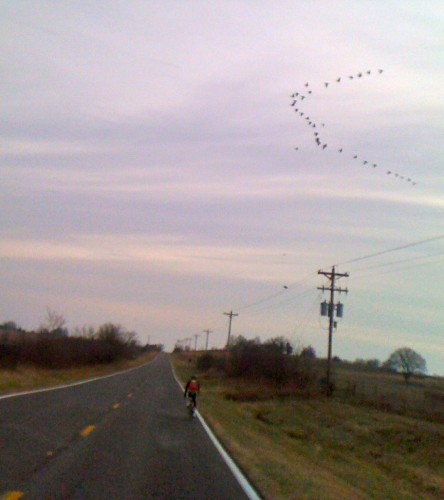 It was a steady stream of geese above during the ride yesterday. 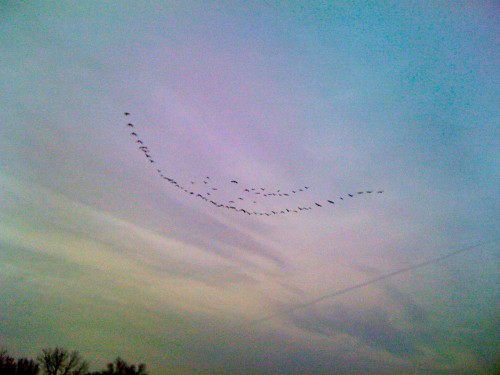 Since roofing the building last year, I have a deal with geese. It was assuring, when I was up on the roof at 2 am, hearing their calls as they migrated above. It was nice company. 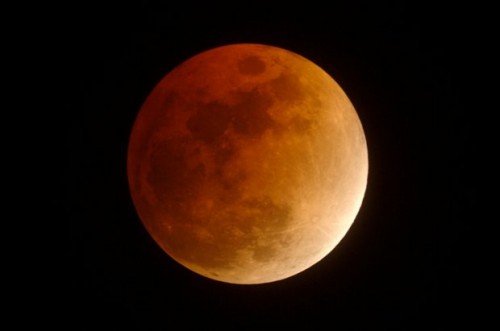 I hope you had a chance and the energy to step outside last night/morning and check out the lunar ecilpse.

5 thoughts on “Trying to Catch Up”