Okay. I did it again. Ended up riding for over 3 hours when I was going to rest. It is just way too nice here to not be riding a bike. And there is a ton to see. I started North and then decided I was going to end up with too many miles, so turned around, rode back up Torrey Pines and down into La Jolla. Then I rode around the edge of La Jolla and out to the end of Point Loma. It is a super nice “suburb” of San Diego mixed in with a military base. Great views of the city of San Diego though. Usually there are abunch of naval ships in the harbor, but I didn’t see any.

I stopped in PB and got some take-out sushi to bring back up the hill. It was great. I’m washing all my clothes, packing my bike in it’s bag and getting ready to fly to Portland early tomorrow morning.

I can’t complain at all about how I’m riding. I definitely would not throw my chip back in for the next weekend. I guess I’ve done most of everything I should have done to be going good. Other than my right thumb being valueless and the same hand going numb while I’m riding, I seem alright. I guess we’ll see how it works out. 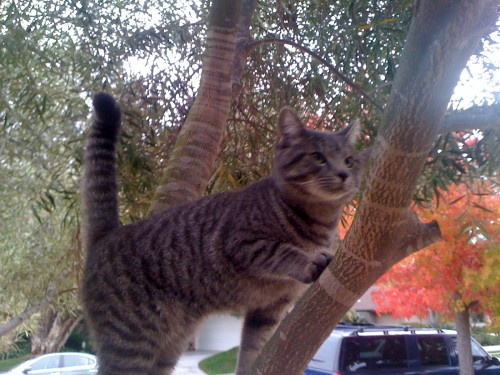 I was trying to convince Don and Sue they needed two kittens that I'd deliver. But, they said that the cats get eaten by coyotes in the canyon below. This guy helped me clean my bike this morning. 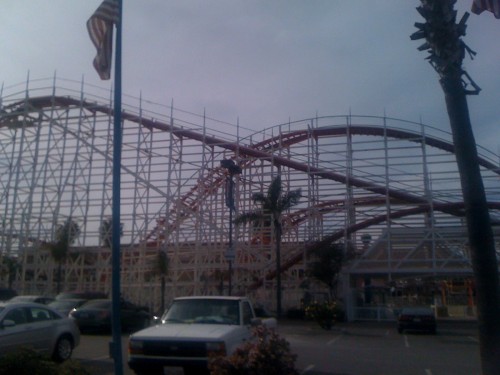 I rode by this wood roller coaster that is down by Mission Bay. 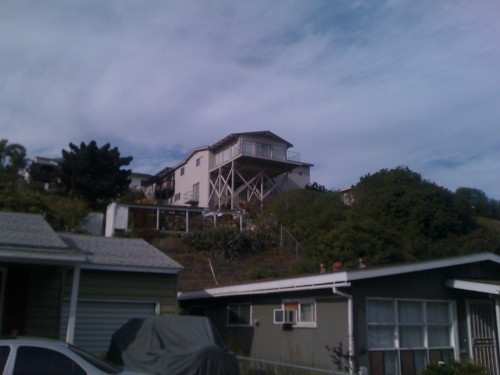 This house is in Point Loma. I wouldn't want to live here considering the ground movement issues. 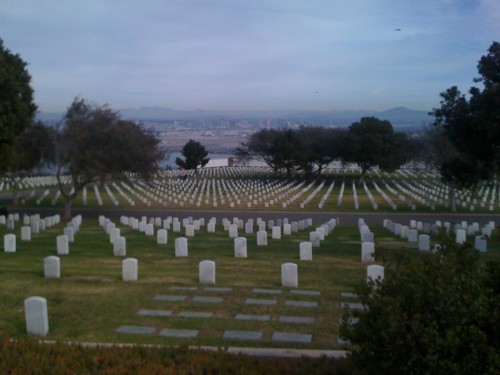 There is a military cemetary out of the end of Point Loma. 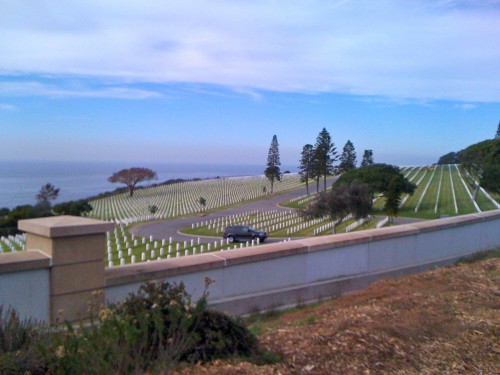 I'm kind of spooked by the whole cemetery thing, but this one is giant and has a fantastic view. 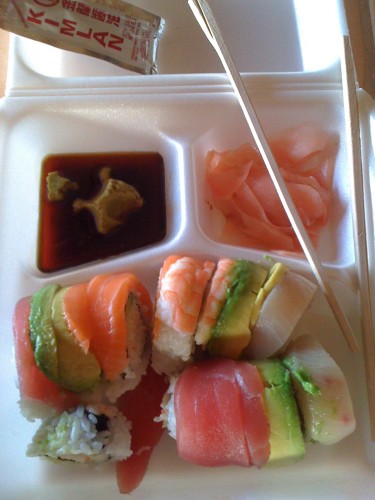 One thought on “Last Ride in California”