I made it out to San Diego last night. All yesterday’s posts seemed to have gotten “lost” in a new server update or something. It doesn’t really matter, but kind of bugs you that you spend time doing something all for nothing.

I’m back on in La Jolla near the top of Mt. Soledad. It is around a 1000 foot climb when you figure going over the top and then down and back up. I’ve been coming to the San Diego area to ride for a long time now. It has changed a bunch. Way more congested. But, if you’re out riding on your own, it’s not a problem.

Today I’m going to just ride out of La Jolla up to North County and do a Rancho Santa Fe loop. Probably stop at the bakery, that I posted some photos off a couple weeks ago, and then ride back. 3 hours. Lots of climbing. Easy on the mind. It’s supposed to be nearly 70 today here. Totally calm. Sometimes I wonder if riding is too easy here. The miles go quick because of the views. There isn’t a ton of Kansas type wind to fight. And the temperatures are nearly perfect. It doesn’t seem right for some reason. The opulence here applies to everything. The real estate, automobiles and especially the weather.

Okay. Better get out now that the traffic has calmed down. 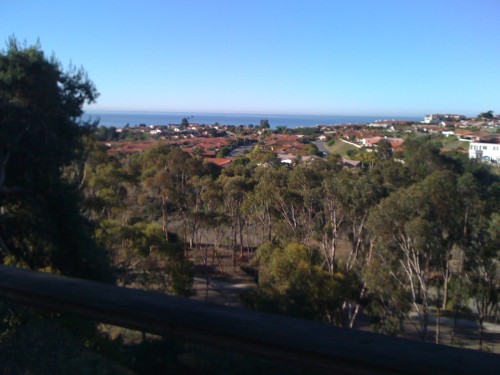 My view as I write this. 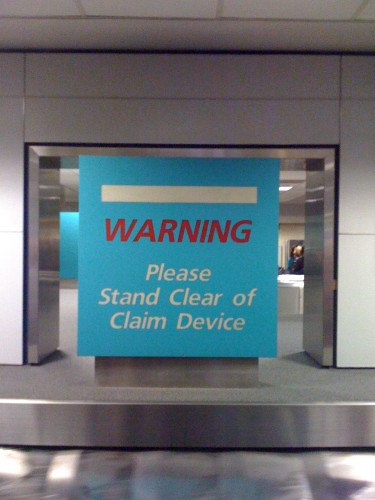 This was at the baggage claim in the San Diego Airport. Claim device? Guess the haven't heard the phrase baggage carousel.

Yesterday was perfect. I got nearly 60 miles in. I felt just mediocre, so rode mainly on the coast highway. Like I said, the scenery is great. I got a ton accomplished other than riding too, which is always a plus. I’m driving up to Irvin, CA on Friday to visit Shimano and get some stuff. Right now I’m heading out with Don and Sue for their normal Thursday morning ride. I can count how many times a year I ride at 7 am on one hand. Doing this ride is usually throughout the year is 3 out of 5 fingers. It is only painful waking up and the first 10 minutes. Then it is great. A big loop of Rancho Santa Fe. Hopefully a bakery stop. Okay. Here are some photos of yesterday. 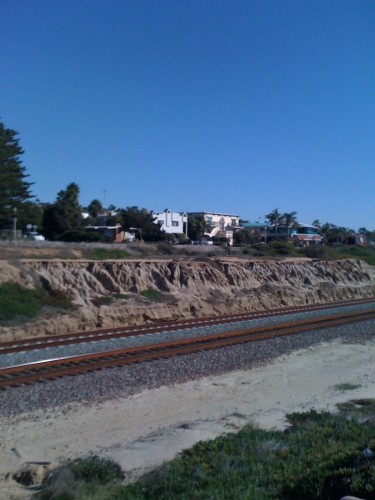 This is a photo of the place where I first ever rode a MTB bike. Alexi had flown out to San Diego and brought bikes for Roy Knickman and myself for the first NORBA National Championships. We put them together and rode this trail along the railroad tracks in Cardiff by the Sea. 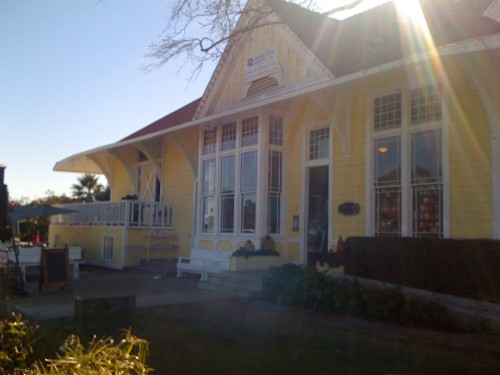 If you've never been to the Pannikin Coffeeshop in Encinitas, you should make it a point to go. I've been coming here forever it seems. It's great. 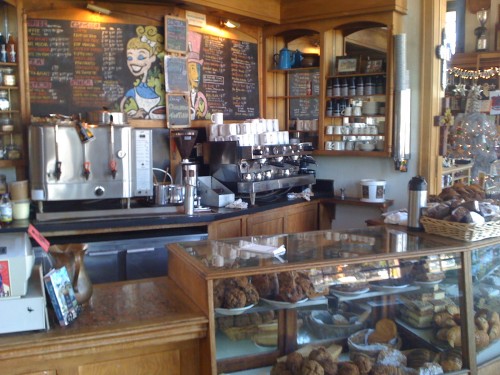 Inside the Pannikin. Super bakery selection and good coffee. 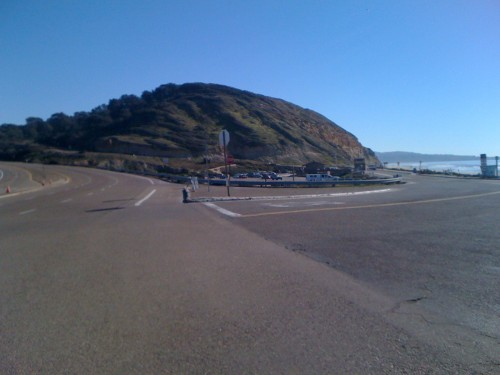 2nd to last cliimb of the day. Torrey Pines State Park. I usually take the inside road up through the park instead of staying on the coast hwy. 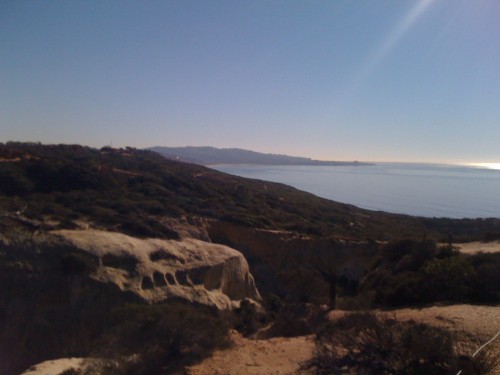 Photo from the top of Torrey Pines looking South towards La Jolla. 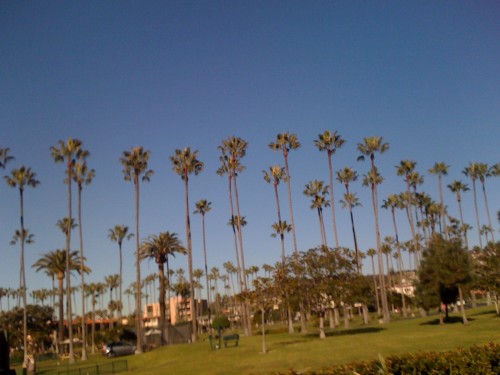 Quite a bunch of palm trees at the tennis club in La Jolla. 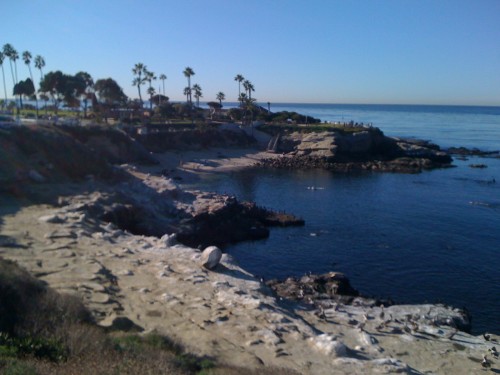 The cove at La Jolla. A wonderful place. 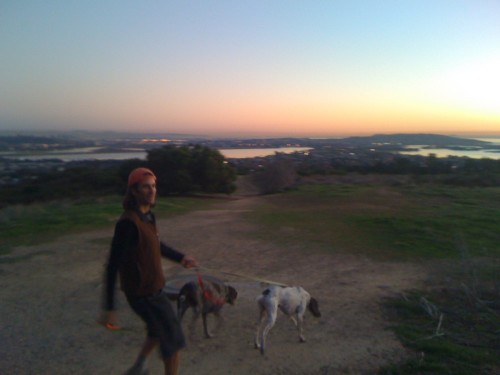 Dog walking with Don on Mt. Soledad. My calves are toast from walking downhill. 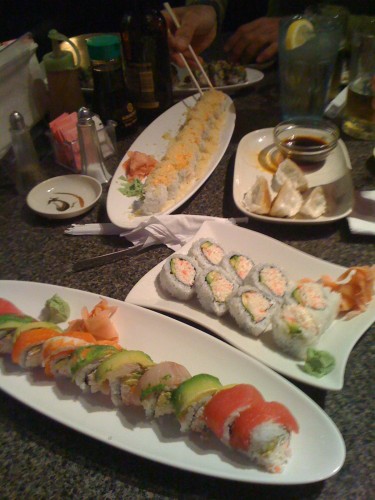 I’m in Delmar, having a coffee, already with 60 miles under my belt. Pretty weird. At least for me. I’m not an early morning rider type. Sue and Don are heading back to La Jolla. I called a old team mate from Wheaties/Schwinn, Shaun Wallace, and I’m going up to Solana Beach to ride awhile longer.

Shaun kind of started the whole altitude tent thing a decade ago. He’s moved on to whole branches of houses for NBA players and chambers for NASA and the FAA now.

It is near perfect weather again. Already in the mid 60’s. Okay, done hanging. Better get moving. 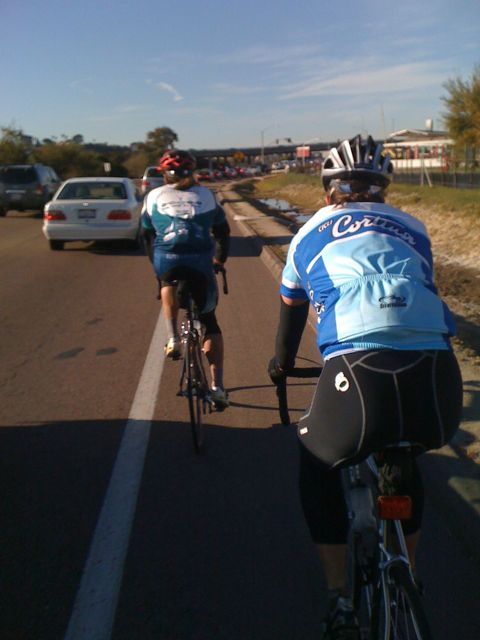 Heading back to the coast at 8 am in Southern California is not good. It is amazing, one person in each car, not moving. I couldn’t do it on a life basis. 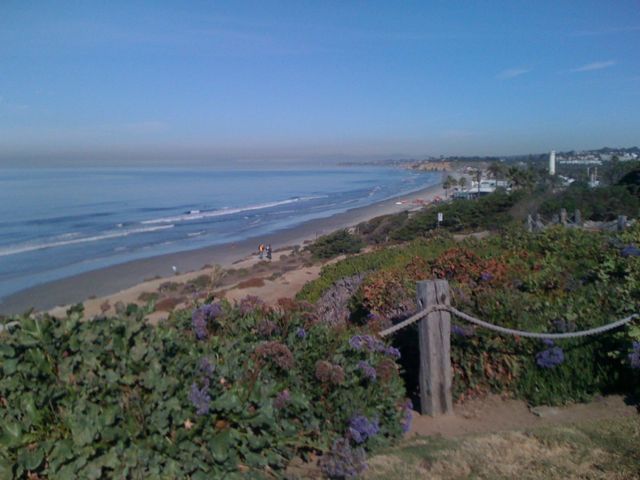 But, getting to the coast, on a bike, pretty great

That was my total mileage today. Pretty weird. 11:11. I met up with Shaun in Encinitas and we rode for an hour and a half. Then I headed back South to La Jolla. Other than my ass being pretty sore, I felt pretty great at the end. Only took me 95 miles or so. I climbed back up Hillside to the top of Mt. Soledad in a 39 x 19. Pretty big gear for the grade. I had no intention of riding that far. It is not optimal training for a 40-60 minute cyclo-x. I’m not sure why I ended up with so many miles. I guess it is for two reasons.

1) I don’t really want to go out and do some intensity. I don’t feel that great and don’t want to have to do a systems check without having it turn out good. I rarely, virtually never do any structured training. I use racing for that normally. But, in the winter when the races might not be the best training for racing, then structured training sometimes comes to thought.

2) I guess the 2nd reason is that I just like riding my bike. The weather was great. I had nothing else to do all day. So, I rode for 6 1/2 hours. You know you have it pretty good when you’re in San Diego, among all the rich and beautiful, and you don’t once see someone else that you’d trade places with that very moment. That was the case for me today. I couldn’t think much of anything I’d rather be doing than what I was doing. And really, reason #2 is reason #1. 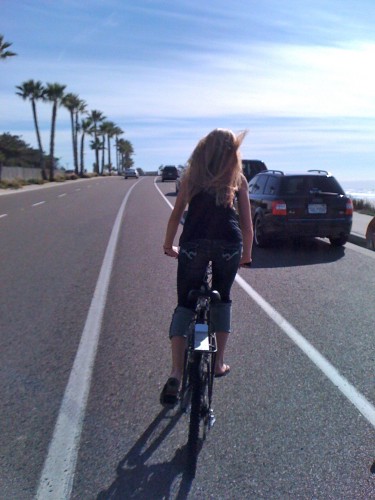 Shaun and I came upon this girl in Carlsbad. She was going pretty good uphill. Good enough I had enough time to pull out my phone and take a picture. Someone should sign her up for a team. 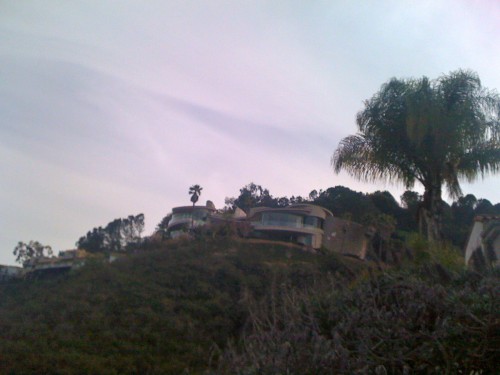 This house is near the top of Mt. Soledad, looking North. 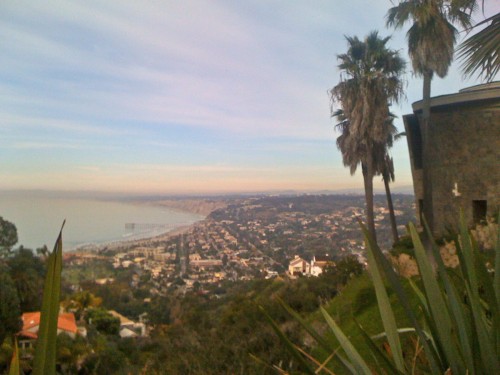 Here' the view from it.

If you need any Dugast Rhino 32mm tires before Nationals I know where you can get some. $120 each, shit. Email me and I’ll get you in touch. 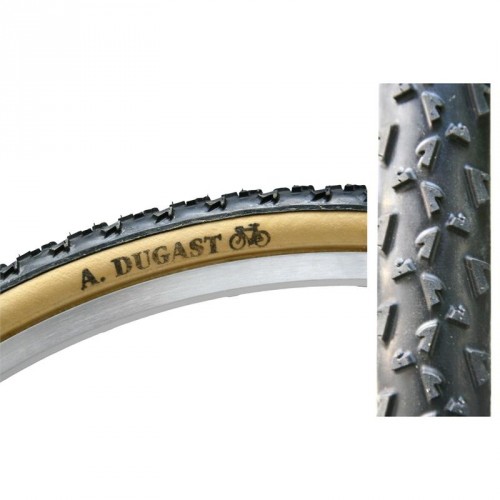 The Velonews follow up to the Chuck Coyle saga can be found here. I’m glad to see Velonews and Neal Rogers are staying with the story as it develops.

It says two important things. One is that the drugs were shipped to his house. And two is that he signed a USADA paper that states he used and purchased EPO.

Wow. Now that is a pretty big departure from “a team mate did this all without my knowledge.” Especially since he had an option to accept a guilty plea without the admission of guilt, according to Travis Tygart, CEO of the U.S. Anti-Doping Agency (USADA). Chuck declined to be interviewed for the 2nd article. Saying, “I’m not comfortable putting my family through any more press.” Maybe he should of thought about that before he signed the USADA document in the first place. His problem now is that he’s caught it a lie either way. I hate it when that happens. His denial in the original Velonews article pretty much contradicts his admission signature on a USADA document. Maybe someone was holding his family hostage and he had to sign it under duress. Pretty plausible.

You know, honestly, I think this might be the end of this story. I’m sort of hoping so. I really don’t want to hear anymore about it. If the facts are true, as stated, Chuck signed a document that said he bought and used EPO. That is the end of the story.

Speaking of plausible excuses, below is taken from a comment on a Velonews.com article on Contador’s clenbuterol case. Brilliant. Attorney written I’m sure.

It appears now that Mother Goose will appeal the case of Goldilocks (who, after out-running the 3 bears tested positive for trace amounts of fairy dust) to the Old Lady in the Shoe after originally being cleared by the Big Bad Wolf. This all comes on the wings of a recently released semi-autobiography; written by Jack Sprat and his Wife after being indited for sharing a steak and eating no fat and no lean respectively tested positive for “bean-erol”, a compound found in Jack’s Magical Beans, which when ingested allow one to climb to the magical giants kingdom “in an unfair fashion”. In this book the Sprats claim that the Big Bad Wolf (who cleared Goldilocks for the trace amounts of fairy dust) was the mastermind behind “Operation Porridge”, this claim has been substantiated by Little Red Riding Hood and the 3 Little Pigs. Little Miss Muffet refused to comment. 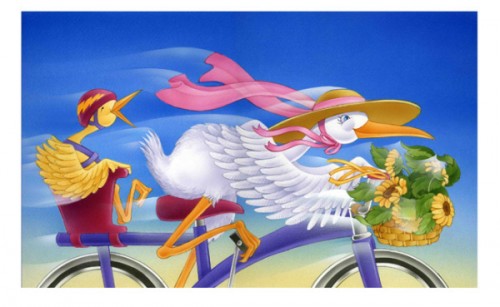 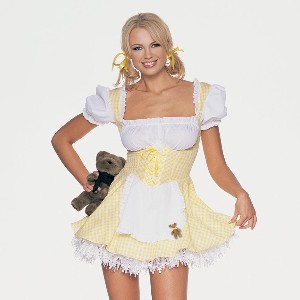 Here is a good video by Keith Walberg that gives you the flavor of the JingleCross Weekend.