Velonews had this article today about some just regular masters racer from Michigan, Neal Schubel, that was busted from EPO use. My assumption is that he was involved with the Joe Papp internet deal, but I really don’t know. Man, if you look at the guys results here, he must of been drinking the stuff and not injecting it. I’m not sure why he would be using EPO? Maybe the guy was just interested in seeing how fast he could go if he “prepared” like the PROs do. I don’t know. If this is the Joe Papp deal, it’s too bad that they can catch the little masters racer and the guys that are on PRO teams get away through arbitration.

Neal posted his explanation here on facebook. Sounds pretty reasonable. I guess he probably should of relinquished his license at the time of his little test. And the numbers done lie. 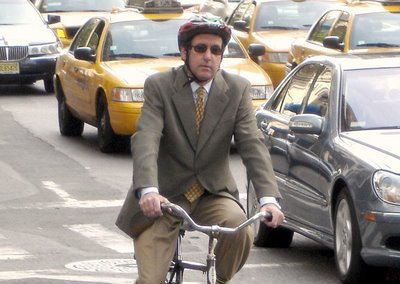 “I’m taking this new Chinese “vitamin” that allows me to commute to work 8 minutes faster And I can keep up with the guys on the weekend group ride.”

11 thoughts on “Another “regular guy” busted for EPO”