Forget core workouts and yoga. Just work on your car for 8 hours and you’ll locate those hard to find muscles. On your back with your arms over you head holding heavy tools. I did just that yesterday. And I did it replacing the batteries in my diesel van. Just replacing two batteries. 4 hours each. Shit. I had to call my friend Vincent and ask him the process. It isn’t intuitive. I’d already started by the time I called him. And he tells me if you buy the batteries at Sam’s Club, they will put them in for free. I doubt that very much in this instance. There are a lot of things going on underneath my van that makes the job monstrous.

The batteries are located underneath the van, raised up to the floor. To remove them, you need to drop them down and they hang on two wires in metal boxes. I have a running board, mounted after market, and the supports of the running board make the process nearly impossible. And removing the bolts that were in the undercarriage of the van wasn’t going good. Two snapped off into the frame. Whatever. It’s done. I could barely raise my arms when I was finished.

I’ve decided I was going to race on aluminum wheels at all the local cyclocross races and save my carbon wheels for bigger races. Tubular, of course. I got a couple pair of wheels two years ago and went to the garage to glue the tires on. The two front wheels had catastrophically blown apart. Actually, the hubs just broke, but I’ve never seen that happen on new wheels. Now I’m not going to ride the rear wheels either. Now that I feel the spokes, they are super, super tight. Whoever built those wheels must of been having his own little party when he was adjusting the spoke tension.

I’m not sure what I’m doing this weekend. I haven’t put a cross bike together yet. I might drive up to Madison, but don’t have any UCI points, so that would just be for the fun of it. We’ll see. 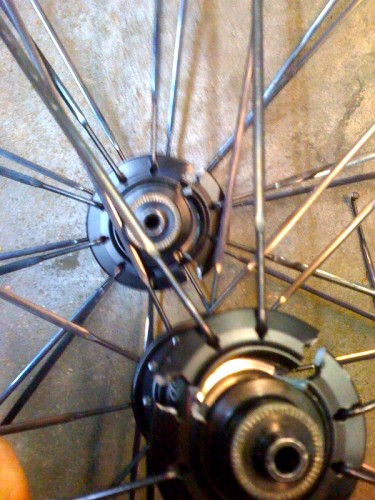 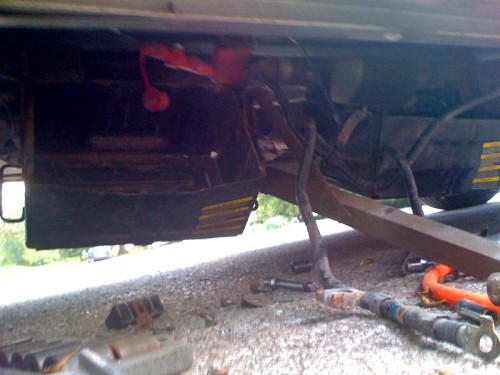