I drove to Belgium after hanging out in Paris most of the day. I slept most of the way. It was only 3 hours. I’m borrowing a BMC bike tomorrow and going for a ride. Tomorrow night there is a kermesse in Roeselare, only 5 km from here. Cancellara and a few other Tour riders are going to “race”. I bet 10 to 1 that Jurgen Van Den Broeck wins the race. Any takers? I’ll let you know how that goes. I’m still pretty jet lagged. I’m not really here long enough to worry about it. But, I am beat, so I’m going to cut this short and go to bed. 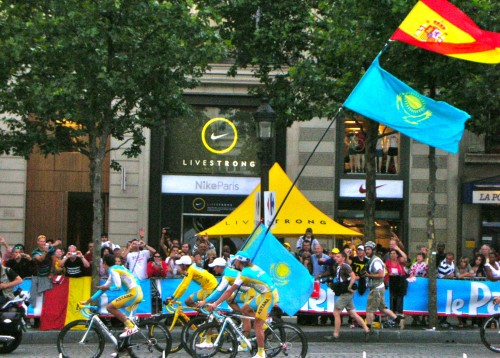 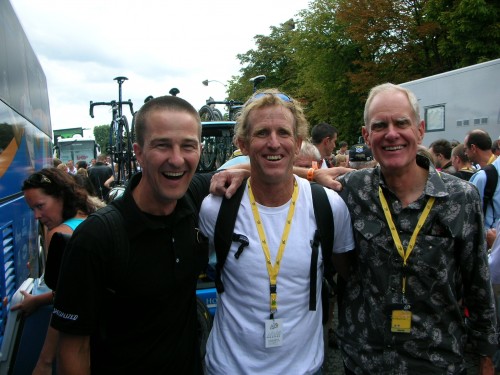 I ran into Ben Capron and Mike Sinyard from Specialized by the team buses. We all go way back. They had a pretty good finish with 1st and 2nd on the podium. 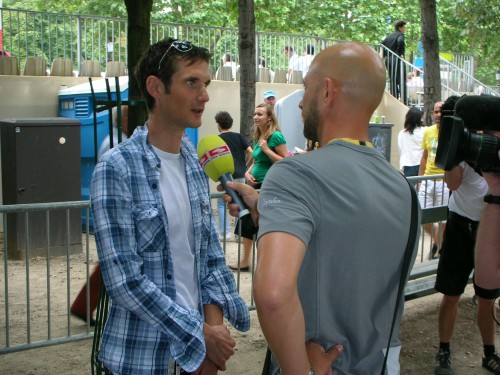 Broken Frank Schleck getting interviewed behind the scenes. 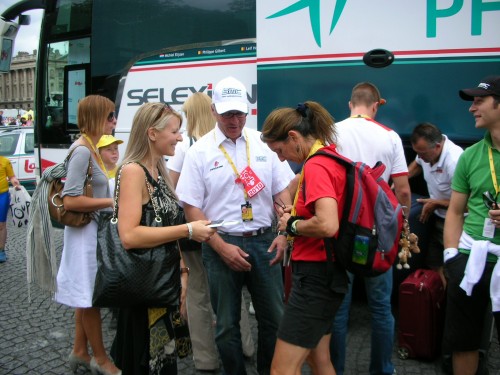 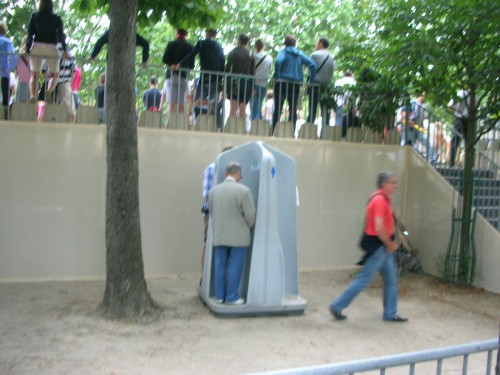 In Paris you have to usually pay 1 Euro to pee in a toilet. Here is the outside version. 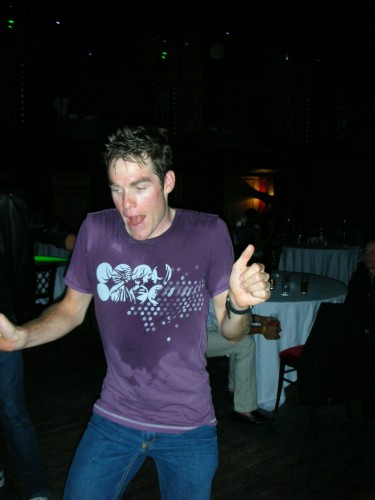 One of Brent Bookwalter's many dance positions. I'm going to dedicate a whole post eventually just to this very topic. He had a ton of energy for finishing his 2nd Grand Tour of the season.