Saturday in Lawrence was kind of a weird day. I’ve ridden a bunch of slick roads and these were the slickest by far. It was hard keeping your rear tire connected to the ground on every climb. I’m not sure what the reason was.

Sunday’s criterium was wet. Everyone was kind of spooked from the previous day. But, the road was just normal wet. Not anything like the previous day. It was a pretty normal criterium in the rain. Normal for most the riders. Not for me. I had 80 psi in Vittoria CX tires. They were good. Didn’t slip once. Bill had the same tires and said they weren’t good. Again, I’m not sure why that would be.

Anyway, I was better physically than the day before, but the course was much different. 8 corners per lap. Lots of time to catch your breathe. We as a team rode pretty great. We never missed a break. I probably made the break with the highest chance of success, but it was only away a couple laps. Jonathan Baker was killing it on the front those laps.

San Jose put all their guys on the front with 7 laps to go. They were doing the stupid inside of the course riding. That is especially effective in the rain. On the next to the last lap, I was going around the outside moving up to the front. There was a small swerve and the next thing I know I’m sliding on my ass along the pavement at 30mph. I had enough time to get my feet in front of me when I was hitting the curb, so I wasn’t too destroyed. I’m missing some skin. My ribs are sore, but they already were. I’m not sure I’ve ever fallen in the rain that close to the finish. I would of loved to of been there, but that is cycling.

San Jose won the race. Josh Carter kept the Colorado riders honest. The race had nearly a 28 mph average. In the rain, with 8 corners a lap, that is going pretty good.

The weirdest thing of the day/week that happened was that within 15 seconds of falling, as I was sitting on the curb, this guy walked up to make sure I was okay. Asking about head injuries ect. I told him I broke a few ribs the previous week and that they were pretty sore. He asked if I needed a Vicodin for the pain. I said sure and he pulled one out of his pocket. I ate it. Kind of took the edge off instantly. Stuff like that doesn’t happen everyday. 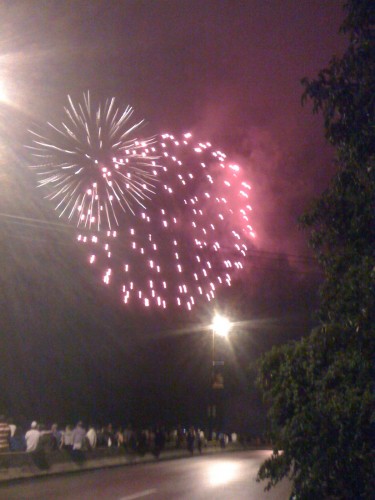 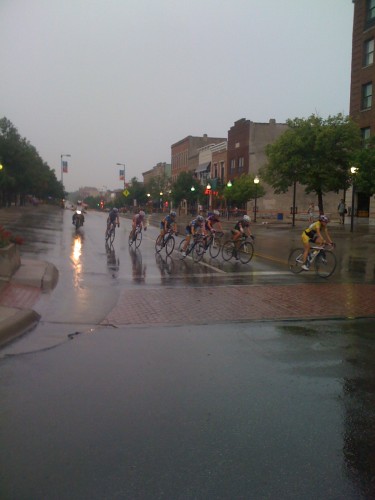 Lawrence does their fireworks correctly. Right in downtown. The view from the bridge over the Kansas River is great. 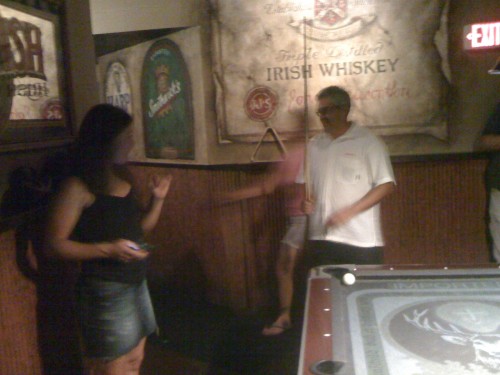 Pretty much all the out of state riders stayed around for the after race festivities. Jose, SRAM, and Kate Ross teamed up for some pool. 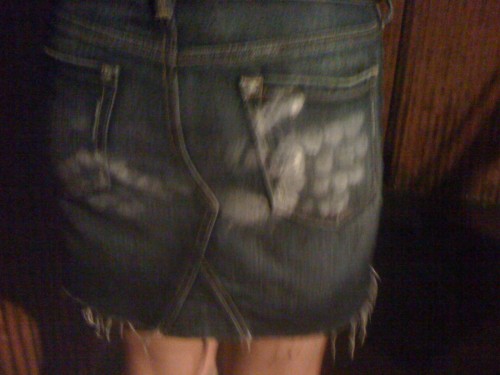 I'm not sure Kate knew what the chalk was for. 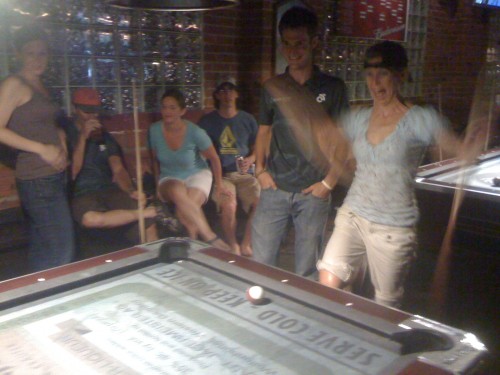 Catherine and Nick. She must of finally made a shot. 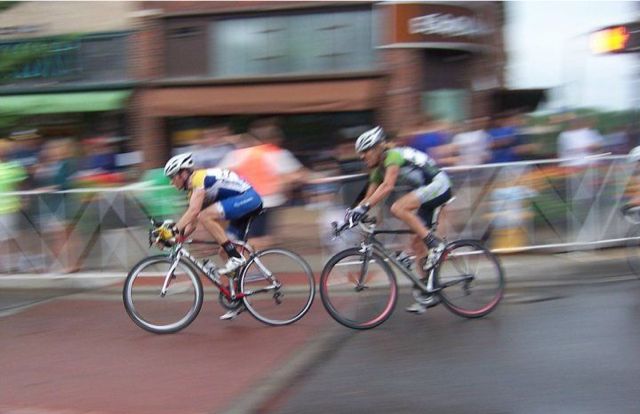 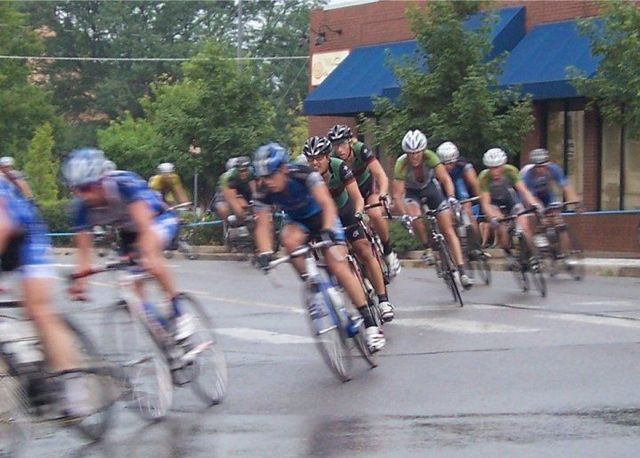 3 thoughts on “Tour of Lawrence”