Even though I didn’t race the criterium yesterday, it feels the same. Watching bike racing for a bicycle racer works you more than racing. Even though the criterium at Joe Martin is very hard.

So, back to yesterday. Jamis did a very good job of controlling the race. They let a small group, 3 riders, go early. Then Caleb Fawley bridged up impressively on his own to make it four. It was a losing proposition from the start though. 8 against 4 will never work. Not at this level. It makes for some pretty boring ass bicycle racing in my opinion. A TTT chasing a TTT. Criteriums during stage racing. Matthew Crane (United Healthcare) did make the last couple laps interesting executing a solo move that came within inches of winning. He was swarmed by the sprint about a meter from the line and the officials didn’t make the final call for the finish until they had already done the podium. (And left the state.) Karl Menzies (United Healtcare) was proclaimed the winner after it was all said and done.

I’m not sure why this race seems to have so many scoring problems. It isn’t Bruce Dunn’s (promoters) fault. This race is run professionally. But, in every category, the results are messed up day after day. There is virtually no chance that the final results are correct even now. Being a NRC race, it should be a complete embarrassment for the USAC. Sometime, hopefully in the near future, they will address the problem on a National level. I’ve been to many local ski races that have a better system for scoring than a NRC bicycle race. That is just wrong.

So, anyway, it rained all day in Topeka. On Mondays, I usually try to catch up on some of the stuff I put off the rest of the week. I went to cover some skylights, at the building I roofed, with plastic. Next thing I know, it’s another cat dilemma.

I’ve sort of become a magnet for cats the last couple years. I’m becoming an expert at catch and release of feral cats. There isn’t a way to make an older feral cat domestic in my estimation. At least without way more effort and time than I have for it. But, kittens are a different story. It seems like I always find the kittens in the rain. They always looks so pitiful when they’re wet. So, two more kittens in the back bathroom. I thought they were old enough to eat wet food, but they don’t seem to be interested. So, I mixed up some homemade formula and they are eating out of a syringe. It is kind of fun when they finally realize that this is the new feeding method. They are all in. 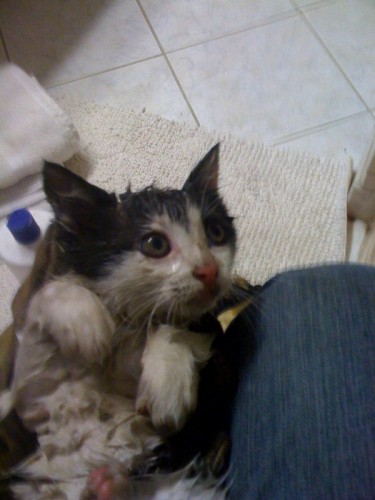 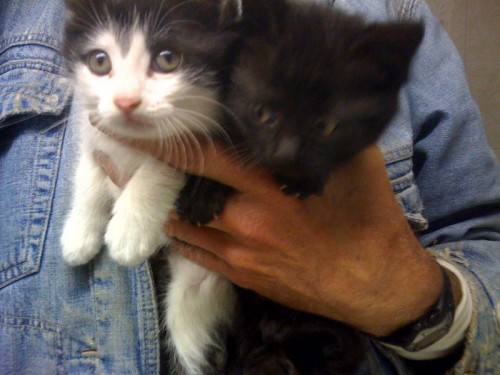 Clean and shiny kittens. The black one is all claws. 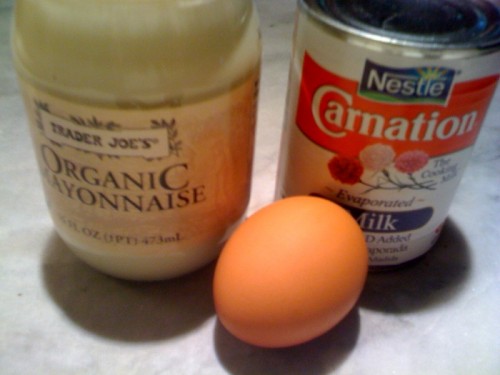 There are a million different recipes for kitten formula on the internet. I added some fish oil last minute for taste.

4 thoughts on “Mondays after Racing (kind of) – Joe Martin final”