Battenkill all it was rumored to be. But, it wasn’t epic. If it had rained, it would have been epic. It was windy. Engaging. I love races that keep riders on their toes every second of the event. This was the case here. Not having the opportunity to see most of the course before the race, apprehension was omnipresent.

The race is in Cambridge, New York, 40 miles North East of Albany. Battenkill for the Pro-1 field was 83 miles. One 22 mile starter loop and then the whole 100km Battenkill loop that all the other categories rode. The course had a lot of dirt roads. Not gravel by Kansas standards. The dirt sections were actually much smoother than any roads I ride in Kansas. But, many of the dirt sections did have a fair amount of dirt pot holes that made it sort of tricky. It is super scenic. There are a few open flat sections, but the majority of the race rolls. There are somewhere around 8 to 10 prettty substantial climbs. Most of those are dirt. The last 15 miles there are two of these. The top of the last climb is 4 miles from the finish. It arguably is the hardest climb of the race.

We started out pretty quickly. The first loop had some tricky flat roads with a covered bridge and lots of twisty dirt sections. The steepest climb of the race is about 7 miles in. I was feeling pretty flat from car legs. I have been riding pretty good for me, so I was doing a systems check the whole first hour trying to figure out if the form was still there. Brian had flown in to Boston the previous evening and drove the 3 hours over in the morning, so he wasn’t fresh either.

Nothing much got away the first hour or so. After we got out on the big loop, Brian got into a couple moves with Bobby Lee and a few others. The wind was blowing 20-30 mph so I thought that wasn’t such a bad idea. With Brian and I being the only two guys here from the TradeWind Energy/The Trek Stores Team, we couldn’t afford to make too many mistakes or waste any energy if we wanted to have good results. And we didn’t want to miss any important splits.

It all came back together at the base of the longest climb out on the backside of the course. The field was decimated here. By the time we got to the top, there were less than 30 guys left. This was the only time during the race I felt winded. After the descent, it opened up to head cross wind riding. I looked around and realized that there weren’t too many teams that had many guys left. So, I thought it might be a good time to try my luck. I thought it might be early, but realized, before the race, that by the time the field got to the last 15 miles, there wouldn’t be much fire power left. So, I ended up going up the road with 4 other guys.

I was glad that Justin Lindine (BikeReg.com) and Daniel Zmolik (AXA Equitable Cycling Team/CRCA) were there. Their teams seemed to be the most active earlier. And they were both riding pretty well. For the most part, 4 of us rotated for the next two hours. We never got too far ahead, but it was far enough. I was feeling pretty great. I was super comfortable at the pace we needed to climb to stay together. About 20 miles out I looked across a field and saw that the field of 25 guys were all together and not that far back. We started to ride harder, hoping to get to the final climb with a lead.

We hit the Stage Road climb with 20-30 seconds. Justin, Daniel and I shelled the other two. I was itching to attack here, but was worried about the flat windy section to the finish. Justin was setting a pretty good pace up the climb. I thought it was fast enough to get over the top with a lead. I looked back a couple times and thought we were good. Right over the top, I pulled through and when I went to the back I was surprised to see Josh Dillion, Justine’s team mate had tagged on. I assumed that those two would just drill it here, but Josh must have been spent from chasing on because he didn’t seem to want to come through. I looked back again and saw that Will Dugan (Team Type 1) was coming. There was just 4 miles to go. Mainly downhill and flat. There were 6 of us now.

Everyone started jumping. I felt fine and wanted it to split up. Then, next thing I know Brian is there with Jamey Driscoll (Jamis Sutter Home p/b Colavita). We didn’t even get a chance to talk before someone took off and Brian was in a group of 3, with 2 chasing. I was back with Justin, Driscoll and a couple others. The front 5 got together and proceeded to jump each other for the final 2 miles. We sat about 100 meters behind them kind of doing the same thing. Jamey eventually went to the front and started pulling. I was secretly hoping that he would pull us back up to the front. I was feeling good. (Bad Steve.)

Instead, I spent the final 5 minutes watching from behind as Brian rode perfect tactically. He was never in the wind. He made each split of the front group and only followed wheels. The last corner was 400 meters from the finish. Brian and I had checked it out before the start. It was pretty much straight tail wind and a shallow downhill. Brian came out of the corner 2nd and jumped. He won handily over Daniel Zmolik and Will Dugan. I jumped later than Brian and won the sprint for 6th, 15 seconds back. It was a pretty successful result for us obviously.

Brian seemed surprised to have won. He wasn’t feeling great the first half. He obviously was going well enough to get over the last climb with the select few that bridged up. He was very patient and that payed off in the end. I am pretty happy with the way I rode. I was good pretty much the whole race.

I’m not big on do over races when I feel good. I’m not sure that I am looking forward to doing that last section with another 40 miles on my legs this Sunday. I had another 40 miles in me on Saturday, but that doesn’t necessarily mean that it will be there next weekend. The forecast is the same as last week. Rain and cold. Now that would be truly epic…….. 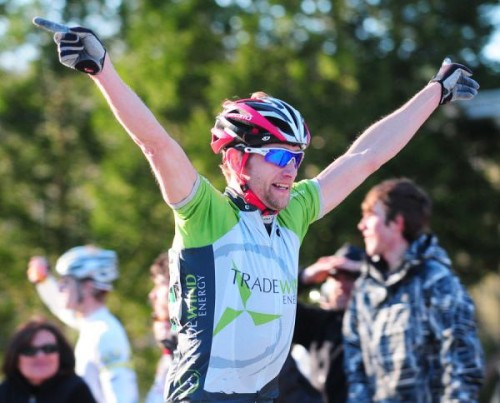 Brian seems to be enjoying the moment. 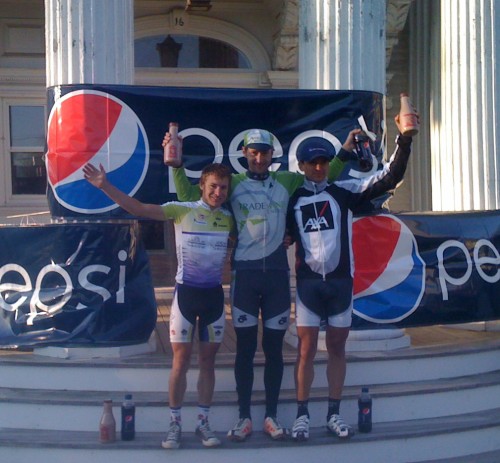 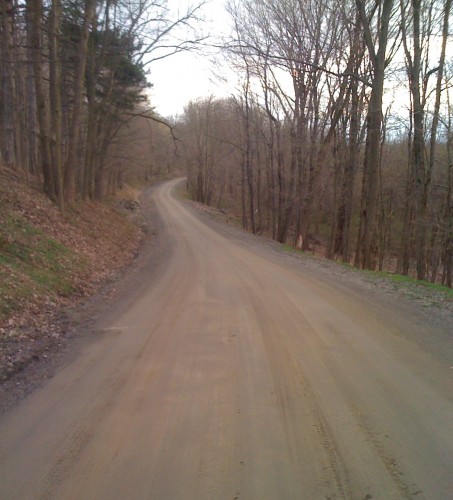 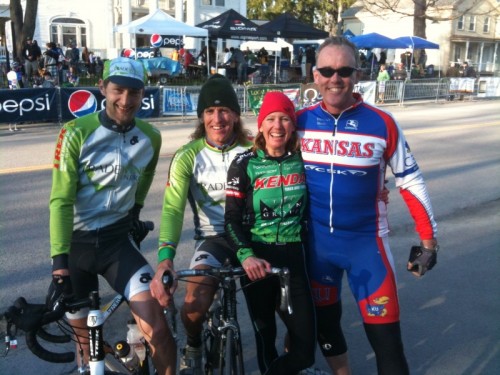 4 Kansans-Brian, me, Catherine Walberg (8th in the woman's race) and Mike Vickers. 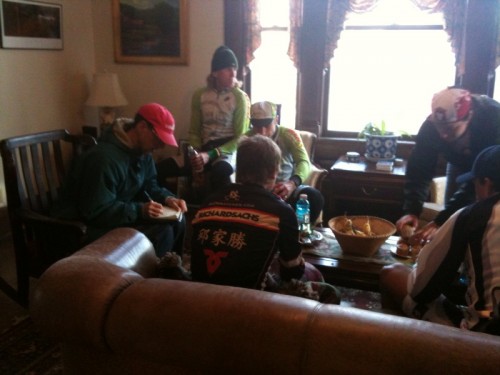