I’ve experienced this weird thing many, many times. I go on the road for an extended period and when I get home I’m amazed how much stuff I have to deal with. By stuff, I actually mean stuff. Life seems way more simple when you’re living out of a bag with the small amount of clothing, etc. that you brought along originally. Then upon returning home, there is just so much more. I know where I got it, I’m just pretty sure I don’t need it all.

I rode 2 1/2 hours today. It felt like I was back at square one. Hopefully it was full legs from traveling so much. It’s too early in the season to be this tired.

I made macaroni and cheese tonight. My grandmother used to make it for me all the time. It’s baked. And super good. I don’t make it as good as she did, but it is pretty hard to screw it up.

Tomorrow night is the KU vs. KSU basketball game. KU is ranked 2nd after losing last week and KSU is ranked 5th. KU has the longest home winning streak in the country going at 59 games straight. That doesn’t look good for KSU, but it is college basketball. KU has historically had some problems with Kansas State when they are ranked high and playing at home. Anyway, it’s a very important game for KU. Let’s not put a hex on them this time!

I’ve got a basement full of stuff. Luckily I don’t have to deal with it too often. Somewhere down the line I started putting up some of the race signs in the garage. Most are from European races, but some are from the US. I used to take them off the front of the team car after the race was over. Sometimes I had to “borrow them forever” from other places. Andy Hampsten and I “borrowed” the finish line banner from the final stage of the British Milk race. We brought it back to Michael Fatka for him to display in his shop, Michael’s Cyclery. That was an interesting night for sure. They don’t put signs on the cars anymore, they put decals on the windshields. That is a shame. Times change. 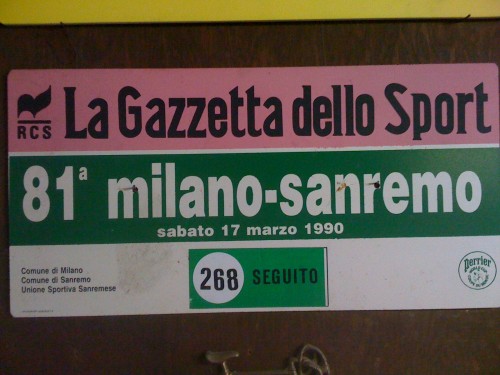 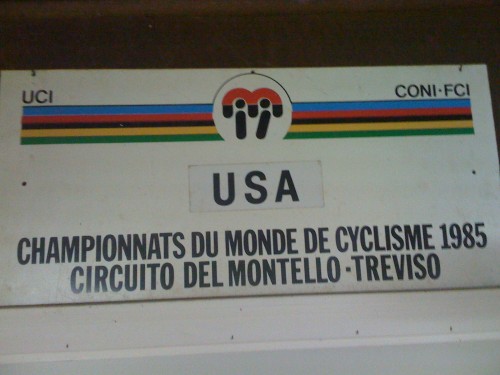 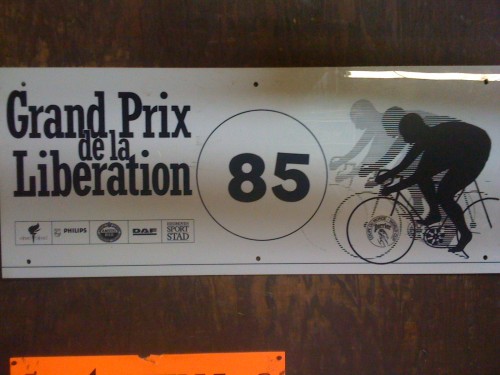 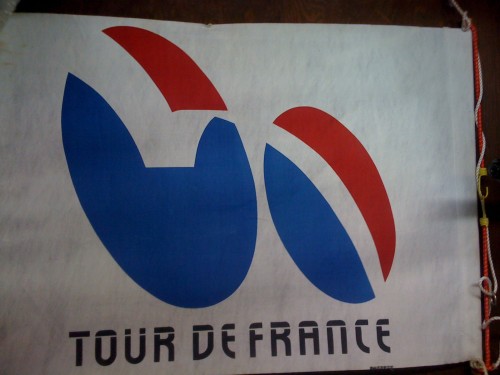 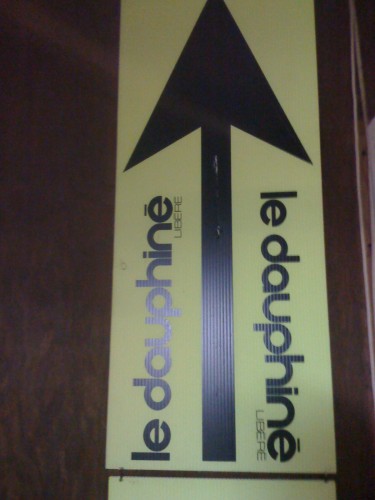 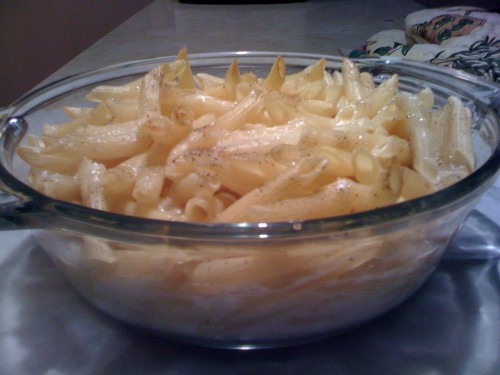 Baked macaroni and cheese. I only use extra sharp white cheddar cheese. And it's important to get just the right amount of milk. It was a quandary what wine to drink with it. That wasn't a problem when my grandma made it for me.

4 thoughts on “Back in Kansas”