Texas is a big Republican state with Austin a Democratic island. I heard it time and time again on the radio last week about the 9 inches of snow in Dallas. About “so much for global warming”. Now it snowed today in Austin. Just fuel to the flames. I had to go over to the Apple store to get my phone looked at once again and all the employees there were outside taking photos. I guess it was pretty unusual for here. The normal high is 66 now, so it’s pretty much colder than usual. At dinner, they closed the cafe 2 hours early because of the weather. The concrete was barely wet, let alone slick. It is strange what people get used to and what they consider extreme.

I needed a day off anyway. We rode 3 hours yesterday and it wasn’t that warm. But it was pretty windy so it wasn’t much of a rest day. Laying around today isn’t too bad. We went to Avatar at the IMAX Theater in downtown last tonight. It was awesome. 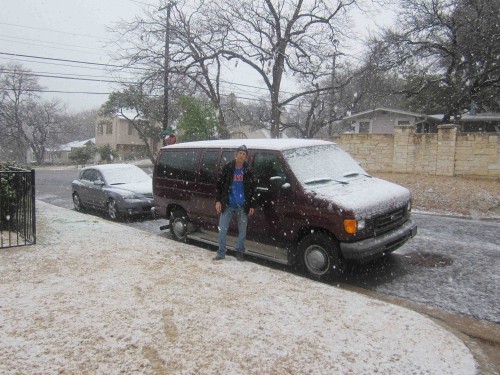 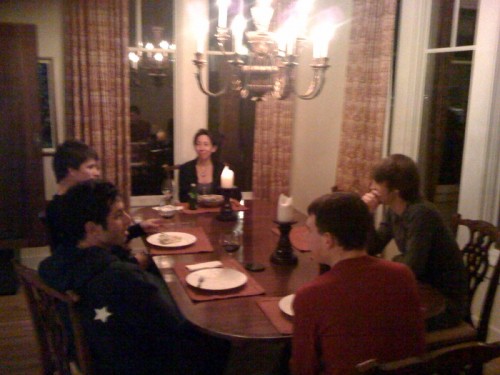 Normal sit down, candlelight dinner in the dining room. 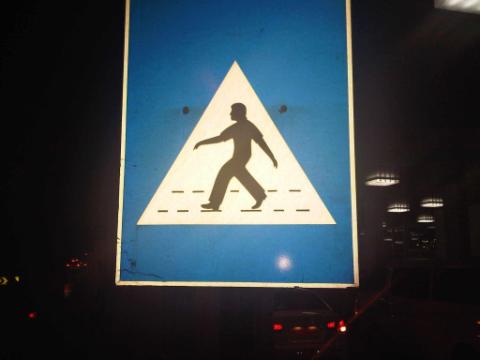 Photo of a crosswalk sign from Oman that Trudi sent.

One thought on “Snow in Austin”