I spent most the day today going through and throwing away my mom’s stuff. She died 8 years ago and everything was moved into the basement of the building I just roofed. Everything was moved in a hurry back then and now everything is musty and forgotten. I started thinking about people’s things and about the memories that they invoke. I think it is strange that two people can look at the same thing and have completely different memories. Even if they were at the same place at the same time when the “thing” became the memory. That is because they are two different people, I guess.

I had this stuffed animal when I was a kid. I had it from when I was five years old until whenever, maybe 11. It was my security blanket type thing. I was a very accident prone kid. I fell out of multiple trees, had my spleen removed, broke legs, was hit by a taxi cab, and lots of other things that ended up with a hospital stay. The stuffed animal was always there. Anyway, my mom gave me back my stuff animal a couple years before she died. She said that it was a very, very important thing. I agreed. But, thinking about it, it is very important to me for a much different reason that it was important to her. It was important to me because it I loved the tiger. It was important to my mom because she loved me.

So, I started thinking about things that people think are important. Like, the what if your house was burning down scenario. I usually I don’t think of things like that. I suppose I would try to grab some irreplaceable photos. Family photos first and then maybe some racing photos. After that, I couldn’t tell you.

I have boxes and boxes of trophies in the basement. I wouldn’t grab them in the fire scenario. Every race before the 1990’s or so used to give out trophies. Somewhere after that it just became cash. I tried to think why trophies are awarded. I guess I came up with that they are to remind you and other people of the achievement later on as my answer. Maybe they are a thing that will hopefully help you summon a memory of that achievement.

I never got that or don’t remember ever getting a memory from a trophy. Maybe because it became so common that they didn’t seem special. I don’t know. It’s rare that they give out trophies much any more. I probably get less than 10 a season. Maybe less than 5, I don’t know. But, I am not really that interested in them because they don’t make me remember. I remember things for different reasons. Nothing related to a trophy. I do have some trophies that I like. I have left a bunch of trophies in hotel rooms all over the world. Trophies that interest me are unique ones. Usually something handmade or something from nature. The standard plastic trophy is about the same to me as all that stuff they put in your packet when you pick up your number.

Cycling is a sport that allows a big collection of memories. It is unique in so many ways that it would be nearly impossible to become unmoved and bored by it. It’s not only on the bike, racing memories, but life memories. Racing bicycles isn’t for the money and accolades. It is for the experiences that the sport allows. The memories that it creates. That is the reward.

Some of my favorite trophies by design. 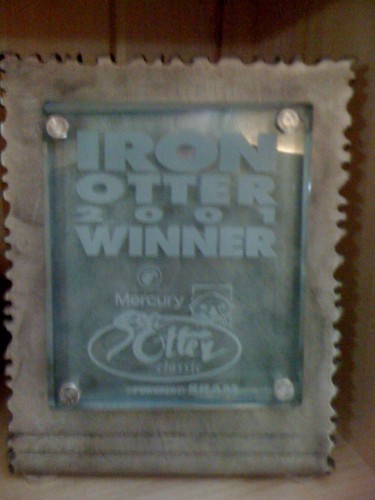 Glass and iron. Can't beat that. 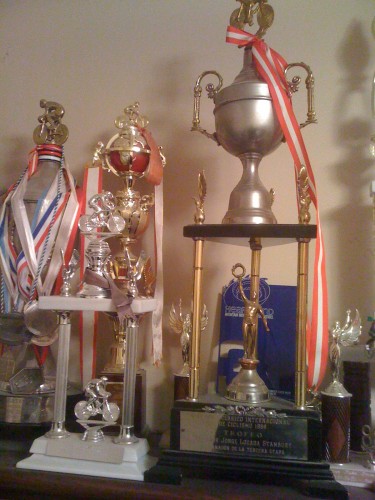 Trophies from South America and Asia are usually always interesting. The big one is hand made. You can see the forging marks on the metal. It is from Tour of Peru. 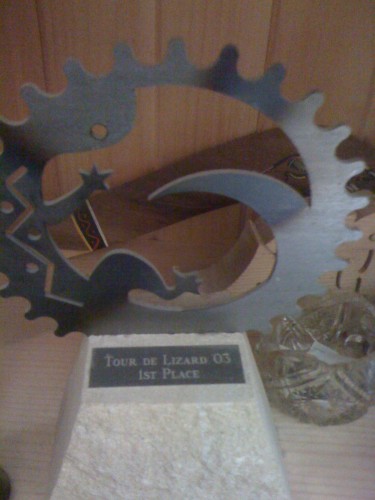 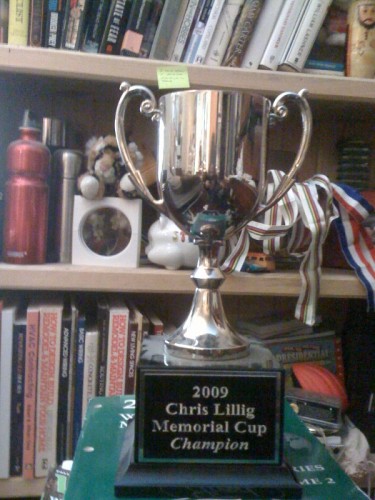 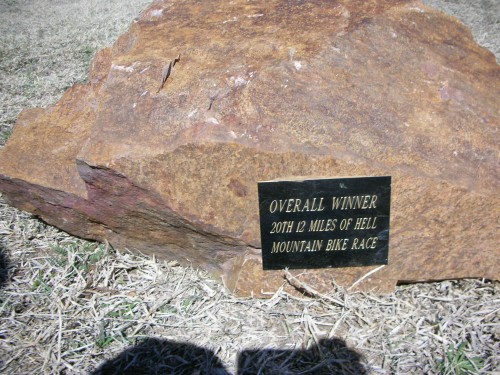 Again, heavy. Can use it in your garden. I have a few of these laying around the yard.