When I first started riding decades ago, every bike shop in each town was a destination. We would drive out of our way enroute to a race to go by a shop we hadn’t seen. Each shop was unique. With its own personality. Every shop had a discovery to find.

Michael’s Cyclery of Ames, Iowa, was the epitome of this. It should have been an art museum. The building and its contents. The first time I actually saw a “real” World Championship jersey was the first time I walked into Michael’s shop. He had Gerri Knetemann’s Worlds jersey that he won in 1978. It was made of wool, as all jerseys of that day were. That was only the tip of the iceberg at Michael’s. It was a cycling enthusiast’s dream.

The era for these shops seems to have passed. All the new shops are box/factory stores. They have no life blood. The shops of old are fast becoming extinct. I rarely go into a new shop and am wowed. But, these shops aren’t completely extinct. There are a smattering left throughout the country. River City Bicycles in Portland is one of my favorites. And, another one happens to be local, right here in NE Kansas.

It is Sunflower Bicycle Shop on Mass. Street in downtown Lawrence. It has every component of shops of old. Nostalgia, ambience, and awesome service. If they just put in a small espresso/wine bar, it would be perfect. The shop carries Trek, Specialized and other brands. They also sell camping, climbing and paddling stuff. Its roots go back to the days when it was an army surplus store. That was when I first went there. If you needed a gas mask or ammunition case, that was the place to go. Now it is a awesome bicycle and outdoor oasis. Everything you need for modern day bicycle racing, plus all the nostalgia of the past. There is a bicycle and jersey collection from all over the world. There is also an old VW Beetle to display roof racks.

Dan Hughes is the proprietor. If you want to get your ass kicked on a local ride, go on a ride with Dan on gravel for a few hours. He takes no prisoners. His race of choice is long gravel races. By long, I mean 200 miles+. It is ugly.

Anyway, if you happen to be coming through North Eastern Kansas, make a stop in Lawrence and check out its downtown. Its origins go way back to the time when Quantrill’s Raiders crossed the Missouri/Kansas border during the Civil War and torched it. And, make sure you stop in Sunflower and say hi to Dan. 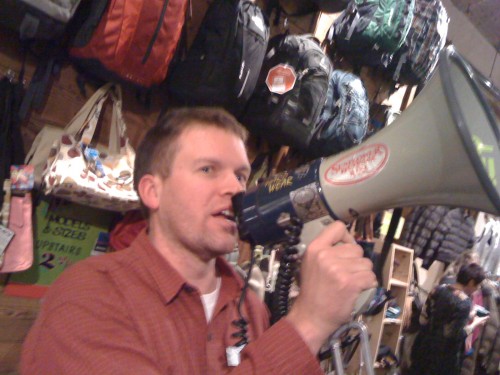 Dan usually carries a bullhorn on his belt to make sure he's heard. 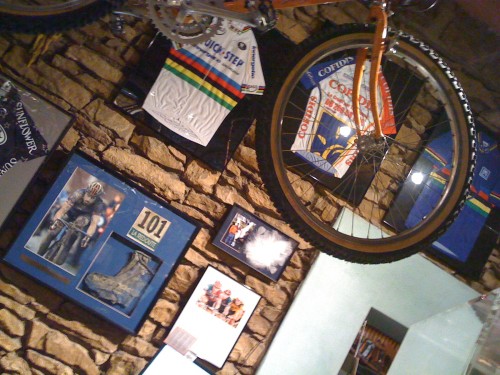 A wall of some of the memorabilia. On the lower left (below yours truly's jersey on upper right) is George Hincapie's booties and number he wore at Paris Roubaix. George sent them to Dan complete with original French mud. 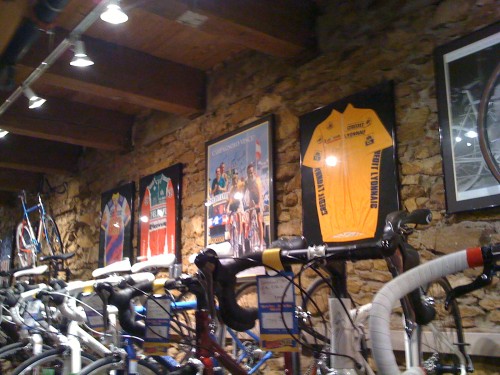 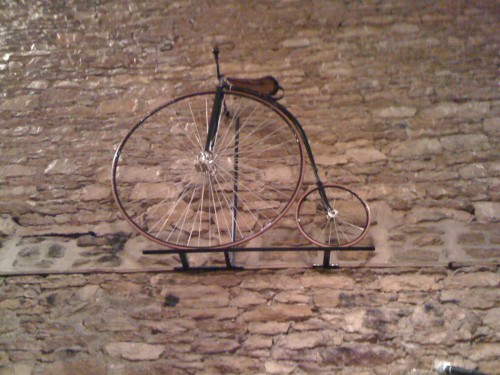 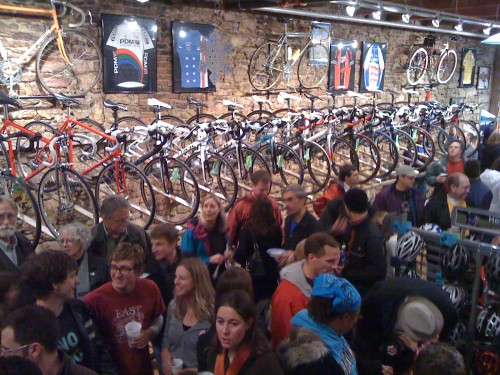