I love fires. Especially when it is cold and snowy out. But, I can gaze at them anytime. So, here’s a little fire to start off with.

Last night nearly made it to early this morning. I think I crawled into bed around 3:30 or so. It’s amazing how much stuff you can do between 11 pm and 3:30 am. 2 hours of snowshoeing and 2 hours of laying in the sauna took up the majority of the time. Amazingly, I woke up feeling okay this morning.

The Kansans were the last men standing and the only ones to complete the snowshoe/sauna saga on New Year’s Eve. The Russians and Wisconsinites didn’t last the evening. The snowshoeing was awesome under a full moon. We didn’t even come close to having to turn on headlamps. It is strange seeing your shadows snowshoeing at night in the woods. We only made it to the cypress ridge with minutes to spare. I am a stickler for time, but it didn’t really matter. We had a few bottles of champagne to attend to before the 45 minutes back to the sauna. The sauna/snow combination eventually became a competition like a lot of other things. I can’t name an exact winner. Everyone had their moments. I’m not sure how the rules came about. It seemed like the longer one stayed buried in the snow, the more points were scored. After 30 seconds or so, it didn’t really matter how long you were down. You were pretty numb by then. I think maybe it is good for immunity training. At least that is what I was telling myself at the time.

Since I can’t use my back for much, I decided to drive back home to Topeka and hook up with Michael Aisner (Coor’s Classic promoter) who is town to see Tom Schuler’s grandmother, Ella. She is 112 years old and is 23rd on the list of oldest living people on the planet.

I went by and visited her a couple weeks ago. I helped move her out of her house into assisted living when she turned 100. Michael is drawn to stories like hers. It should be fun. 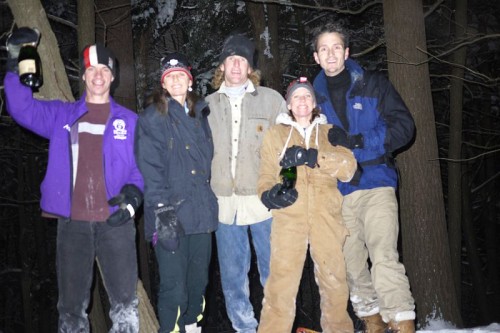 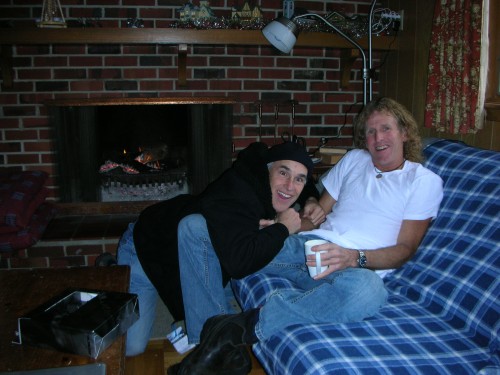 Michaeal Aisner at my house this morning. 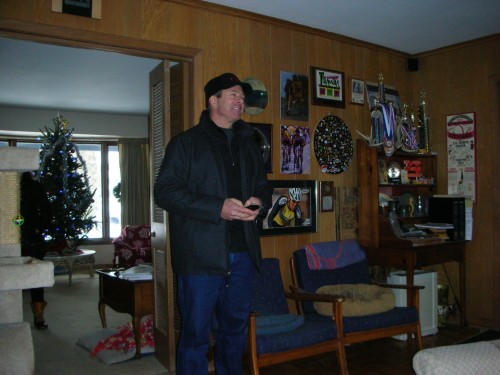 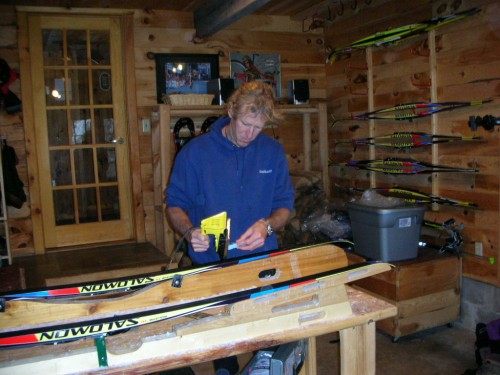 Caught in the act waxing. 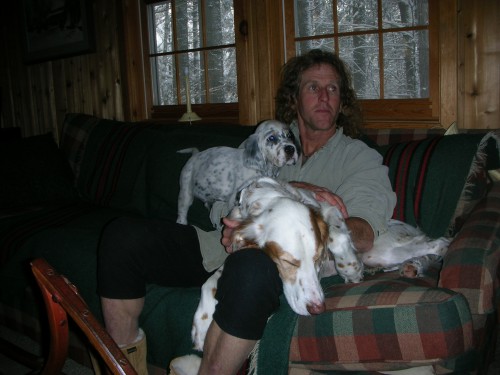 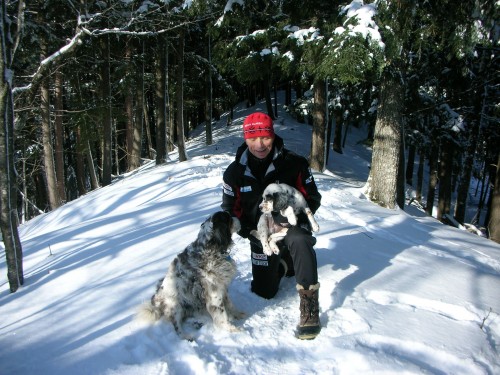