In between the Saturday races. It has been good racing so far. The course isn’t set up for such large fields. The master women’s racing yesterday was so mixed up. Categories were mixed 20 seconds in. Today was way, way worse. In the 40-44 race, there were 220 preregistered. I think it was 130+ at the start. A total stand still coming off the pavement. Tom Price from Kansas City had the race of the day so far. He fell on the pavement, had to run a few hundred meters to the pit and rode all the way back to finish 4th, nearly 3rd. He would have had a good, good shot at winning. Peter Weber won the 40-44 race over, guess who, Don Myrah. Bart Bowen was in the top ten. Jeff Winkler, Kansas City finished in the top ten too. Kansans are making a pretty good showing here so far. Okay. Gotta get back to the venue. Here are some photos. 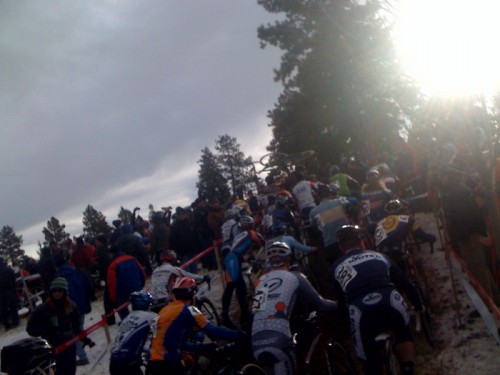 Mayhem at the start. 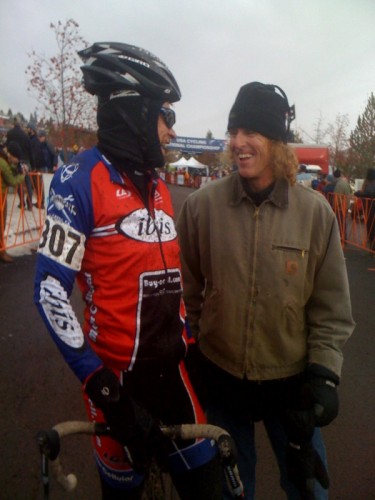 Don Myra and me after his phenomenal 2nd place finish. 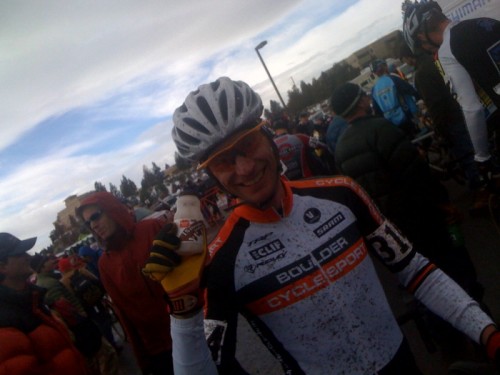 Pete Weber with his chocolate milk after winning his race 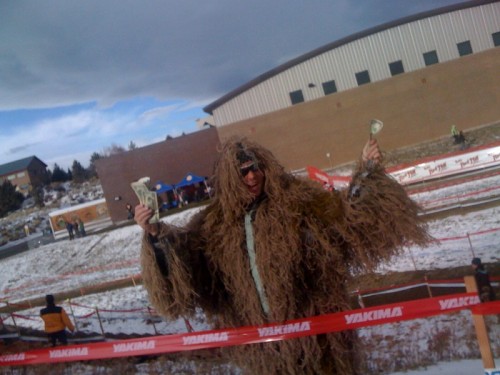 Wookie handing out money at the top of the run up.