I got rained on yesterday riding. I wasn’t too thrilled about it since it was 40 something degrees and miserable. But, I only had to ride 30 minutes or so in it, so I wasn’t completely frozen until I was nearly home. My main worry was that it was going to tighten up my legs and screw up my hamstrings up more than they already were. I’m not sure why that was even a concern, but it was. I had a hard enough time getting out the door. No one around here seems to want to ride when it’s shitty out. I have tons of clothing for all conditions, but it always seems that the clothing you don’t have are the best. It is something to do with advertising and envy. Two rules to follow here. Do I really need that. Or do I really want that. If you really need it then it is a no-brainer. In cycling, if you really need it, you really need it. But, if you just really want it then…..you have to decide. This applies to most things in life.

I rode my MTB yesterday on trails before the rain. It is amazing how quickly your bike handling disappears. It didn’t help that the trails were over grown and you had to look out for branches as much as what was on the ground. It seems like the position on my MTB bike is better than my road or cross bikes to alleviate pressure on my hamstrings. Guess I’ll try training on it for a bit.

The Tour de France announced the 2010 route yesterday. Looks like a pretty hard 3rd week. With the pave/wind during the first week and the hard climbs at the end, it should be interesting. By chance, if radios aren’t allowed in the race, it could be really interesting.

I realized that the training in October is much harder than it was in September. It has a lot to do with the weather. Maybe motivation somewhat. But I think a lot of it has to do with the number of people riding and how much everyone is in the wind. I pretty much pull the whole ride now. That wasn’t the case a couple weeks ago. I kind of noticed a parallel of this when I was cutting and splitting wood after Chequamengon. When there were a lot of people doing the moving and stacking, the process went a ton faster. A couple days later, I was on my own for most mornings and it seemed to go pretty slowly. Slower and harder.

There is a 100 mile gravel rode ride in Lawrence this weekend. That’s my goal. Some goal? A systems check at least. There is also 2 cross races. One in Topeka. That’s going to be hard to spectate. 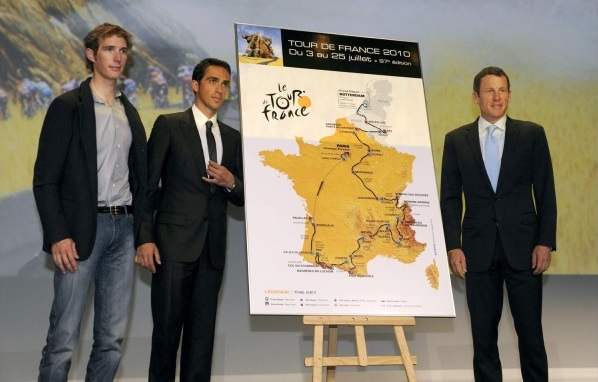 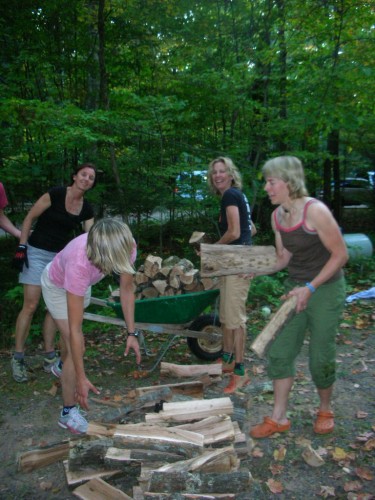 Nothing like having a bunch of women moving wood for ya.