A couple days ago, Sunday, there was a local race less than an hours ride from my house. I wasn’t planning on riding it, but Jack Mason, the promoter came over and made a personal plea for me to attend. I can’t t really turn Jack down, can I? And I’m very glad he did. It was a very nice race and super fun.

The course was Southwest of Topeka in a town called Auburn. Small farm town. The race course start and finished in Auburn riding west into the Flinthills. Two hilly loops. Beautiful terrain. It was maybe the best course I’ve ridden this year. I rode out to the race with Bill, Nick and Catherine Walberg. I was pleasantly surprised to see how many riders showed up. It was pretty cool have so many guys from Oklahoma, Arkansas, ect. come and ride a race where I ride every week.

We had around 40 guys in our field. I was worried it was going to be less than 15. Anyway, I started hard and tried to keep the group rolling pretty fast. Bill got away early in the first lap with Peter Erdos from OKC. Jeremy Pych eventually bridged up to them. I think I might of let them get too far ahead. By the time I decided to make my way up to them, they were nearly out of sight. It took me a a couple other guys a good part of 45 minutes to eventually claw our way back to the front. I hate chasing when I have a team mate up in the group ahead pulling. Bill said he was looking back, but could never see us. When we finally got within 30 seconds or so, Bill looked back around a corner and we were on pretty instantly.

There was one good climb on the course. We’d already done it once on the first lap. I wasn’t nearly as good the 2nd time up. There were 6 of us left when we started the climb. I attacked half way up. Felt pretty okay for a minute or so and then bogged down some. Okay, maybe alot. Alex Battles-Wood, a junior from Tulsa was riding pretty good. He had chased Bill and company for about the same amount of time I had chased. Anyway, he was the only one to respond, with Bill sitting on. I eased up to let them catch and when they did, Bill attacked immediately. Alex realized he was in trouble and decided 3rd place was a good result. Which it was. We rode the last 6 miles together back to Auburn with Bill winning and me 2nd.

So, I have to thank Jack Mason again for talking me into racing. I don’t know what I was thinking before. It was really fun. It was a super hard workout. I had over a 100 miles by the time I got back to my house. Kind of like racing in Belgium. Ride to any one of 5 races, race and ride home. Wouldn’t that be great if that were the case here every weekend? 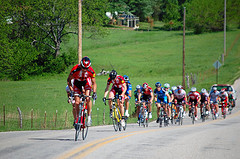 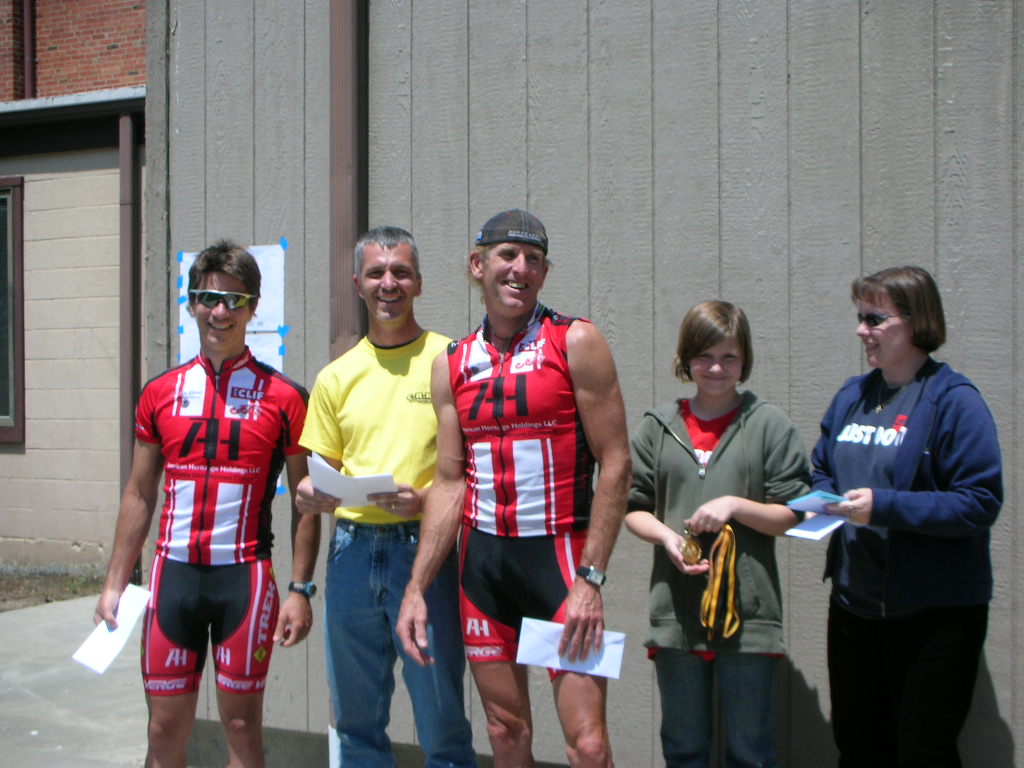