Since Iowa City last weekend I’ve driven 2500 miles. I’m not sure how that occurred exactly, but it’s a fact. Bromont, dog, is a true road warrior. He can sleep a day away in the car without blinking. He has gotten into the habit of always being on a lap in the car, so if me, the driver, is the only person there, then what choice does he have? Gets alittle heavy on the legs after a few hours.

The East coast in the spring is great. The mountains of West Virginia/Virginia are beautiful. The traffic there doesn’t do much for me, but that is life. One thing that I didn’t know was that the dandelion population is out of control there. Below is a picture I took of a field of only dandelions. And they are dandelions from the land of the giants. I saw one that was over a foot across. I tried to pull one and the root was nearly an inch across. Makes the midwest dandelions look like pygmies.

Mike Wiess called and asked if I would do a autograph appearance thing for the Tour of Missouri, but it was really for the MS Society Bicycle event in Chesterfield, Missouri. I got there a little early and was amazed the equipment that people were riding. I am not an elitist concerning sports. Especially cycling equipment. I just haven’t been around so many people with such basic bicycles. And clothing. I ski in jeans. For hours. I guess it’s no different. But, it seems different for some reason. These people had so much enthusiasm it was contagious. I wish they could experience the unbelievable feel of a 15 lb. carbon frame with sewups. They all deserve it. It might of been the longest time I’ve spent on a bicycle for a 35 mile ride since I was riding a bike just like theirs.

OK. Joe Martin Stage Race starts the middle of the week and I have no idea how I’m riding. I’m exhausted. I’ve got a couple days I guess. I’ll know better by then. 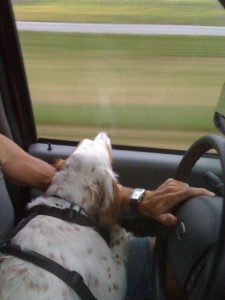 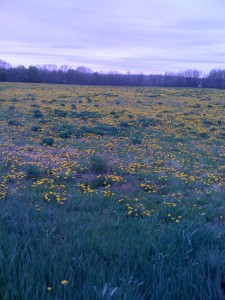 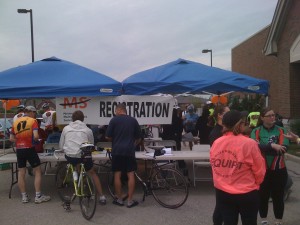