It’s been awhile since I posted. Sorry. I haven’t raced in a couple weeks. There was a stage race going on over by St. Louis that most of my guys were going to race, but Bill Stolte and myself decided to go down to a one day race North of Oklahoma City, The Fire Hill Criterium. Sometimes it is better to separate and spread the wealth. The race was rumored to have a pretty good hill every .8 mile, so it was going to be good interval training. Plus, it had a great prize list for a regional race, which is never a bad thing.

The race course was all it was rumored to be. It was held at a Firemen’s Training Academy with super smooth pavement. A 150 meter hill with a snakey descent that involved a good amount of handling skills. I probably gained more from the descent than the climb. There were a fair amount of people watching (though you can’t see that in the photos). Both Bill and I rode the master’s event early in the morning. I kind of have a personal rule against racing master’s races. That is unless I feel under raced and/or there is a lot of money to be won. Both the before mentioned “rules” were present Saturday. There isn’t much to report here. We got away and finished 1st and 2nd. The biggest thing to report is that I flatted with 5 laps to go and had to “chase” back.

The Pro1-2 race was going to be much harder. But, I had been riding pretty good recently, so was mildly confident. I immediately got off the front with a few guys. That break got absorbed after a few laps and right when we were caught, they announced a $100 prime. I went down the hill pretty quickly and only had an ex-teammate, Adam Mills, with me for the “sprint”. We were pretty separated from the rest of the field so decided to just keep going. Both of us had a teammate left in the field. We got into a pretty good tempo early on and steadily built up a good lead. Eventually, the course took its toll on the field and we took the last 1/2 lap out of them in just a few laps.

Adam and I are friends and knew the situation, so we kept working to the finish. There were a few guys dangling off the front of the field, but it was all back together with a couple laps to go. Adam went up the hill as hard as he could and I lead it out from a 1/2 lap to go for Bill. It worked nearly to perfection. Adam’s teammate, Joesph Schmalz was on Bill coming off the descent. There was a small rise and a two sweeping corners in the last 400 meters. I was in a 12 and let Bill come by the last 100 meters. He ended up 3rd, winning the field sprint, with Joesph 5th. So, Topeka and Lawrence, Kansas riders dominated the top 5. 1-2-3-5. Bill and I came home with $1500, so it wasn’t a bad day prize-wise, either.

I’ve only won two races so far this year and both have been in Oklahoma. Hope that isn’t something I post in December. Catherine Walberg, van travel companion, won the women’s race handily. She lapped virtually the whole women’s field. She also rode the master’s race earlier to get some more form and try to keep up with the guys. It was a good course for her with a good climb and technical descent. Brian Jensen, Tradewind Energy team, won the Tour of Hermann near St. Louis convincingly. Our team winning percentage is increasing dramatically.

The drive down to Oklahoma through Kansas is very picturesque. Between Topeka and Wichita there is a huge expanse of grazing land. It is called the Flint Hills because of all the rock deposits. Huge rolling hills as far as one can see. It is where they do the majority of grass burning now in the spring. I’ve heard that a cow grazing on grass that has been burned puts on something like 25 more lbs. weight than one that eats last years grass. Not sure if that is the case, but there must be a reason. Anyway, they were burning at night when we drove back and it looked surreal. I think people are natural pyromaniacs. Especially men, men farmers. I didn’t get any good photos, but it is crazy looking at night. I’ll find some to post later.

Going to Iowa to race the famous Iowa City Criterium and road race next weekend. I’ve won both the races recently and so has Brian, so it should be a good weekend. 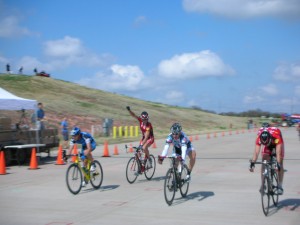 Field sprint with Bill winning on the right. 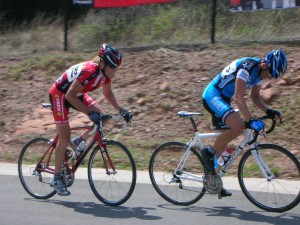 Adam and I climbing the hill. 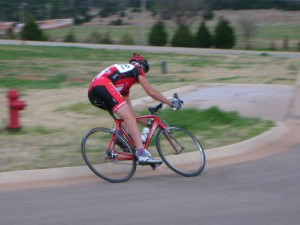 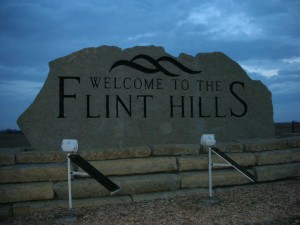 Annoucement to the Flint Hills. 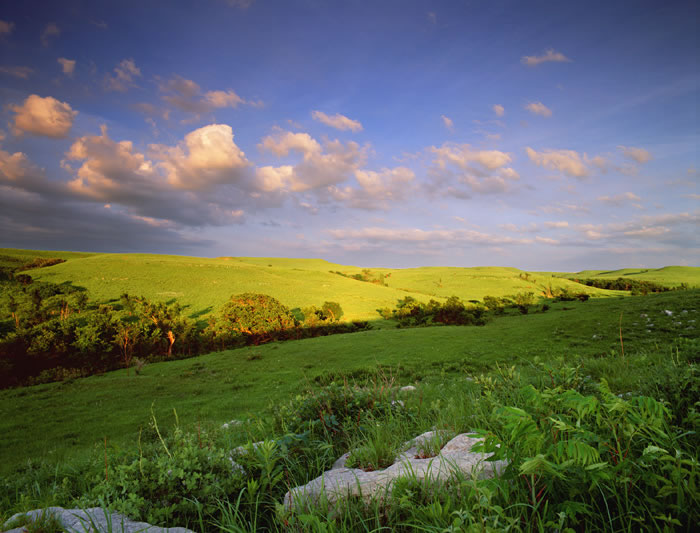 Flint Hills in the summer. 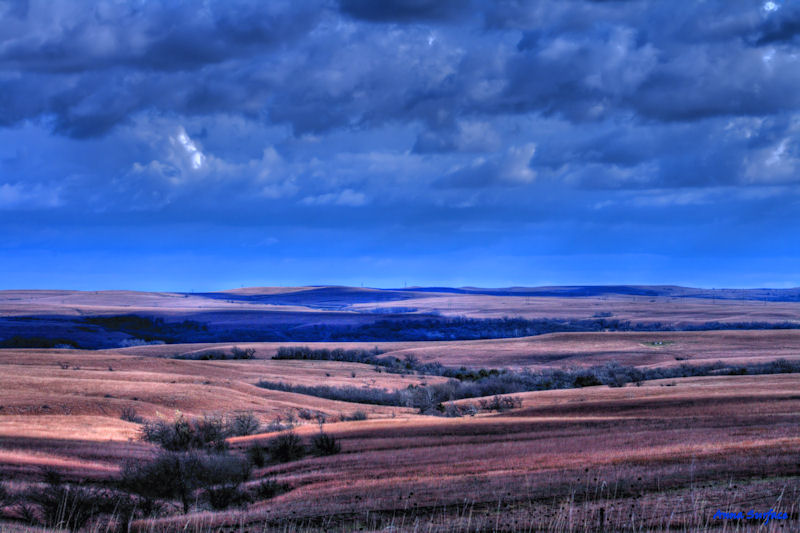 One thought on “Can I only win in Oklahoma this season??? The Fire Hill Criterium”