Back at home. Nearly 4 am. 13th place again today. Not what I was hoping for, but exactly what I deserved. I rode mediocre. Not sure why. Thought I might have a good day. Guess not. But, I’m not dwelling on it. Some things are pretty hard to figure. I’m blaming it on the heat right now. It was in the upper 80’s. That might be a bit of an exaggeration, but not by more than a degree or two. Troy Wells said something on the line like-“fun, fun – cyclo-x at 90 degrees.”

The course was great. Alot of terrain changes and elevation. Dusty because it hadn’t rained this year in Cincinnati. But, good, none the less. About 60 guys lined up for the Elite Men’s start. Pretty good turnout. Jeremy Powers won for the 3rd day in a row. Jerimiah Bishop was 2nd again. Broke his chain in the sprint for 1st and had to run to the line I guess. Troy Wells rode super and stayed in contention until the last lap and finished 3rd.

If I had been just a bit better early on I would of been racing for 9-11th. That is the best it could of been. That doesn’t thrill me much. But, that is the way it was. I started OK and pretty much destroyed my lungs the 1st lap. From then on it was nearly survival. Every once in a while I thought I was going to get going good, but that feeling never stayed around very long. I went all the was back to 17th and clawed my way back into the top 15 point mix. I fell on the last lap by augering my pedal into the ground in a corner. Bent my rear hanger pretty good and had to ride the last lap in either an 11-12-13 in the back. It didn’t really matter. I passed one guy and got to ride in easy. 4 UCI points for the weekend. Lots of suffering for not much return. But, it was still fun.

Long sleeves at 90 for Joachim next to me. 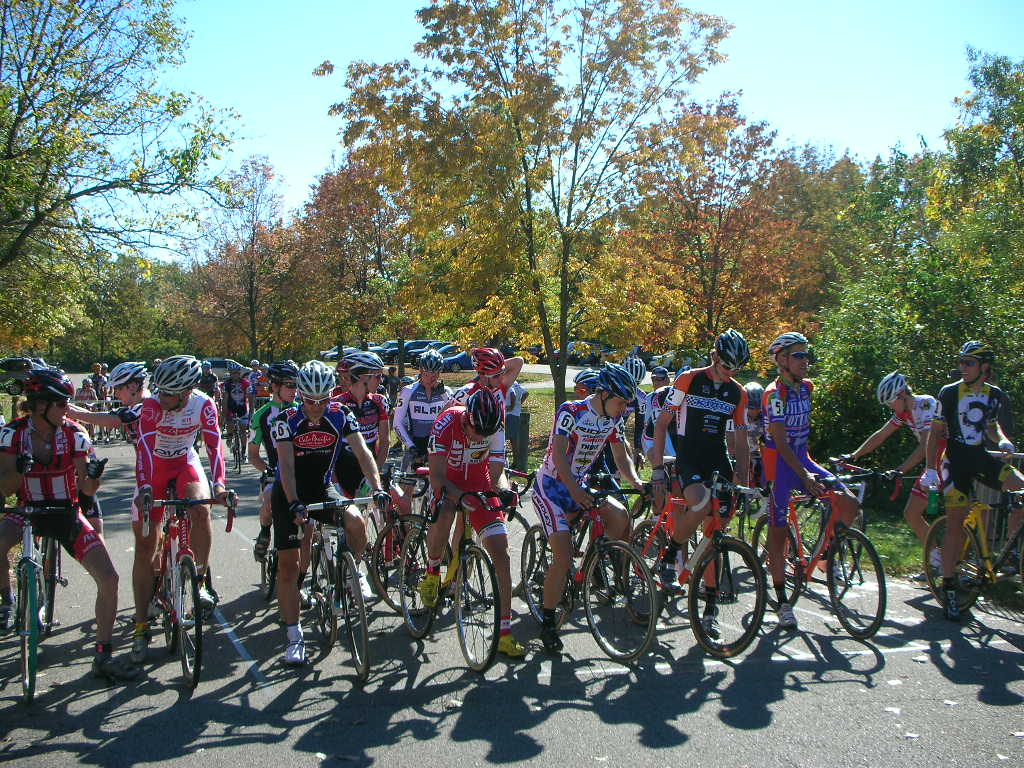 Riding by myself which I did most of the day. 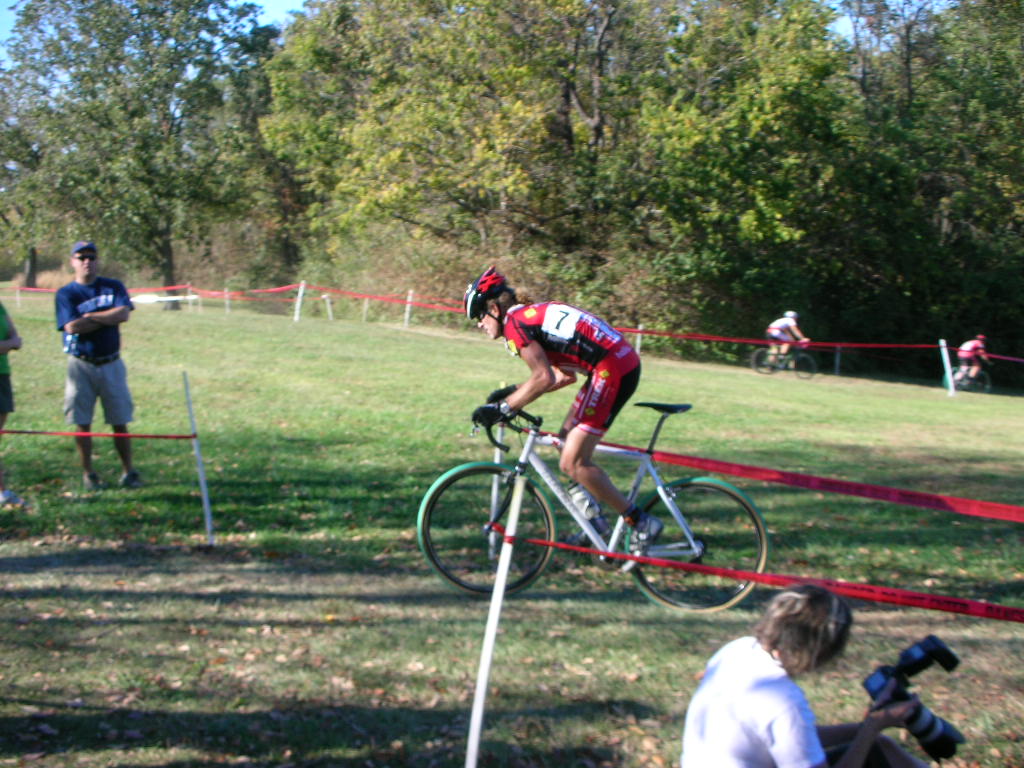 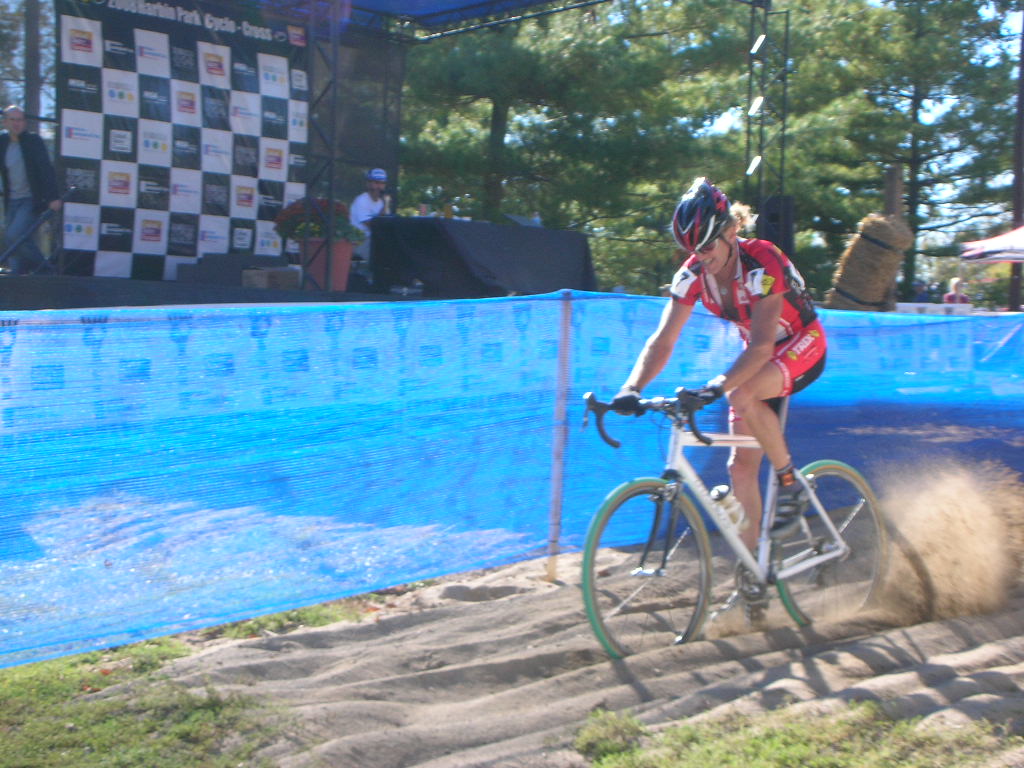