Hi. Got to Madison, Wisconsin and slept 10 hours. Woke up late in the morning and felt like I was jet lagged. But, the first day of a two-race weekend in Madison, called. It was the Planet X MadCross Jonathan Page, something like that, officially. It is held north of Madison at Angell Speedway in Sun Prairie. The course is pretty good, but sketchy, again. A lot of tight corners on gravel or loose dirt. But, plenty of good riders. Jonathan Page, Todd and Troy Wells, Jon Baker, Tim Johnson(DNS food poisoning), LaLonde brothers and the rest of the best.

Anyway, I had a mediocre day. I got a good start and was in 3rd most of the first lap. Then, Todd rolled his tire in front of me. I got gapped a bit and tried to make up some of the deficient in a corner and washed out my front wheel. Something like 15 guys passed me before I got back into line. Then I made way too big of an effort trying to move back up to the front and kind of blew. Todd passed me in the mean time, after he put his tire back on. He switched onto a spare bike and passed me again the next lap, only to blow out his tire and get another bike change. Of course, he rode by me again. I didn’t really even try to get on him at all. Probably a mistake, but I wasn’t in the best mind set at the time. I kind of settled into 12 place with 3 or 4 guys right behind me.

I thought I should quit if I wasn’t in the top ten and save it for tomorrow. I was hoping that the guys behind me would catch me, but no, they kind of kept fading back. Then I thought, “screw it. You decided to do this stupid schedule and you’re not going to get out of it that easily.” Eventually, Jon Baker must of crashed badly because he was out with the paramedics. I guess he cut his leg on a chainring. He’d been giving Jonathan Page all he could handle, so that was too bad. Anyway, then I was in 11th and only 15 seconds out of the top ten. I was riding around with this Swiss kid I’d raced in Detroit last weekend (that seems so long ago) and Adam Bergman. I thought if I rode hard the last lap, there was a chance for the top ten. I went pretty hard 2/3 of a lap and got him within 30 meters, but it was too late. The Swiss guy came by and I told him to go. He came within a few bike lengths of catching 10th, but didn’t. So, I finished 12th.

I actually am not too disappointed in the result. I kind of ran out of juice the middle part of the race and was going OK at the end. Tomorrow they are running the course the opposite direction and it’s supposed to rain tonight, so that should be interesting.

Note to self. Don’t try to do a month’s worth of ‘cross races in the first week of the season.

Start on the race car track. 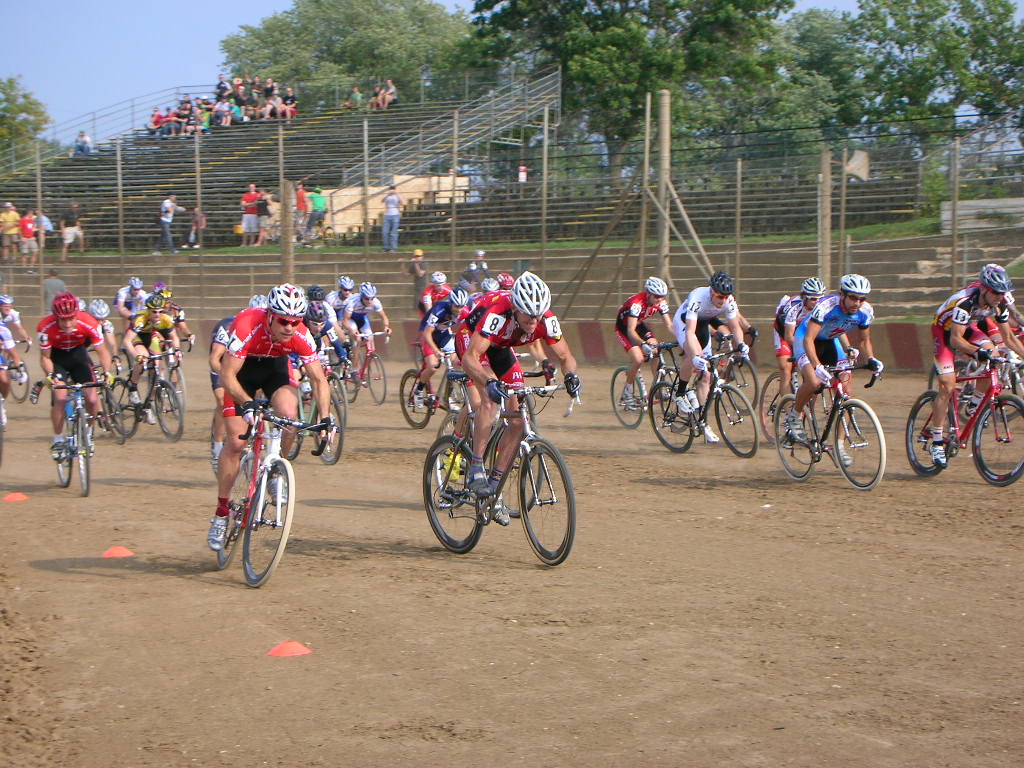 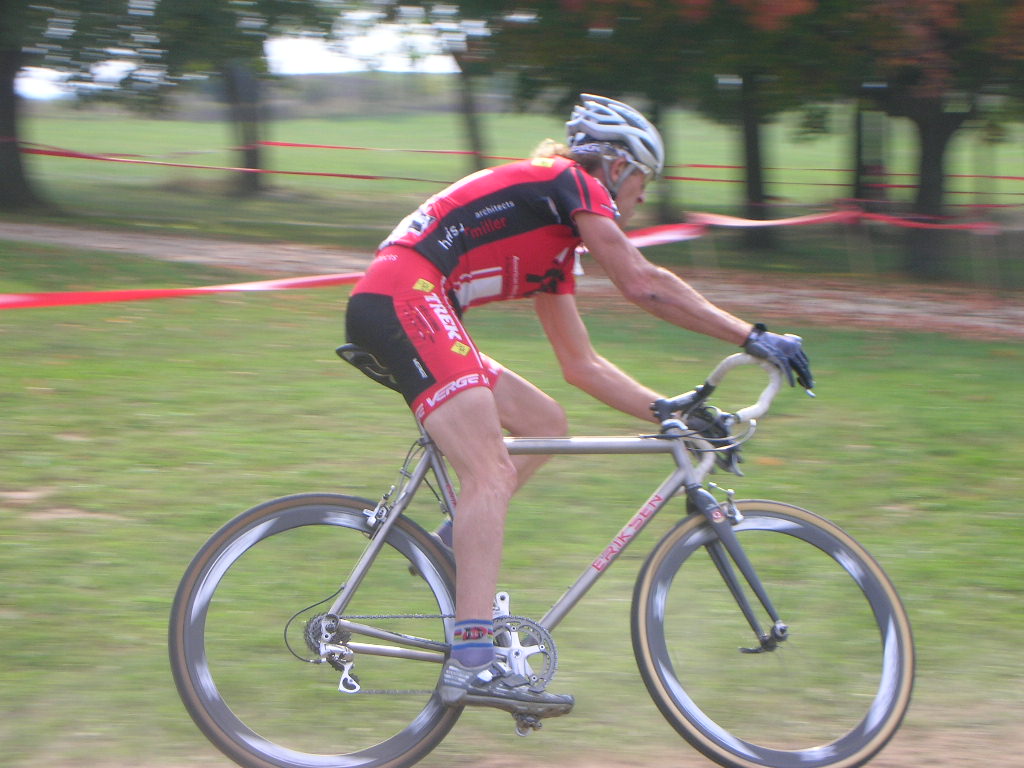