Yesterday was a long day. Packed up all my stuff/dog and drove with a friend, Vincent Davis, up to Cable. It’s around 10 hours. But first drove an hour to the Plaza in Kansas City to watch the women’s criterium that was held before the finish of the men’s race in the Tour of Missouri. Trudi is working the race for BMC, so she needed another goodbye from me and the dog. But, going to the race is a pretty ying/yang thing for me. Having a race of the caliber of Tour of Missouri so close to where I live is great, but not racing it is problematic. Last year I tried to get into the race. Got pretty close, but it fell apart last minute. This year there wasn’t a chance.

Anyway, it was good. Exciting. It’s weird seeing all these people that you see through out the season out of place in Kansas City. The women’s race was good. There weren’t a ton of riders there, maybe 40 or so, but they were the best criterium riders in the country. Brooke Miller, current criterium and road champion won. Catherine Walberg finished 13th. She wants a do over. Sorry. No do overs in bike racing. Columbia set the tempo the last 10 miles. Mark Cavendish made the men’s field look silly. I was standing at 175 meters and he was coasting, looking around when everyone else was sprinting full out. When he started sprinting full out, I guess he didn’t have much of a problem winning.

We still had 9 hours left. It was a mess getting out of the finish area. Ended up not getting out of KC until nearly 5pm. Drove until after 2am. Bromont, dog, starting getting exciting about an hour out. Cable is his favorite place in the world. I haven’t seen him for more than 5 minutes all morning. Vincent has a Garmin GPS that tracks dogs. It’s going to be great hooking him up and seeing how far he roams. Vincent’s dog, Jack went nearly 8 miles this morning and it’s only been a couple hours.

The rumor is that Lance isn’t going to make an appearance up here. He was the talk of the finish line yesterday, unretiring. I don’t have an explanation for that. My guess is that he is looking for a more simple life. Cycling is simple is many perfect ways. And he has the luxury of being able to do nearly whatever he wants. I applaud it. Why not? But, Jonathan Paige is coming. That should be interesting. He is hands down the favorite. OK. Going out to ride with my dog in the woods. 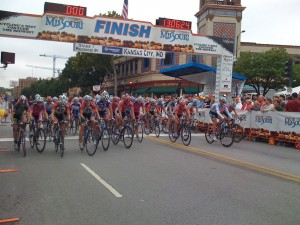 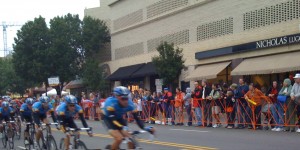 One thought on “Chequamegon via Tour of Missouri”