Okay, yesterday I probably wasn’t being completely truthful.  I do take into account getting hurt riding and racing bicycles.  I thought about it a bunch the last 24 hours and have decided I can’t handle the possibilities and inevitable results of constantly getting injured.  I’ve paid my dues.

So, I’ve decided, not rashly, but after much thought, to not race or ride outside anymore.  I know this sounds weird, coming from me, but it is a sane decision.

I made this decision by almost getting hit by dozens of cars the last couple days.  It has been really close.  It happens continuously.  There are so many cars.

I was riding yesterday on the PCH, and now realized how dangerous it was riding on the open road.  I remember my friend, Jim Thiele telling me that the Master’s World Track Championships are going to be in LA this October and thought that the only way I can put my mind at ease is by not riding on the road anymore.

Same with MTB riding.  It is just too dangerous.

So, I’ve decided to commit to training for the World Track Championships in LA, but only riding in the individual events, not mass mass start.  They are too dangerous.   But, I feel that it is much too dangerous riding on the track, with so little experience, so I’ve decided to only train indoors on a trainer.

I plan to use Zwift and simulate the track racing on my track bike on a Wahoo trainer.  I have a 1974 Schwinn Paramount track bike, all Campy, which has never been on a track, but has done many roller races.  So, it is use to the extreme efforts.

I figure if ride indoors for the next 7 months, I’ll have the form to compete on a World level.

It’s not like I haven’t raced the track before.   I was 3rd in the Team Pursuit Nationals Championships around 30 years ago.  And, I set the National Hour Record, on the track, about the same time.

I think I’m up to the challenge.  I’m not going to ride outside, or on the track until October.  I just can’t stand the thought of getting hurt again.  It has been weighing on me heavily. 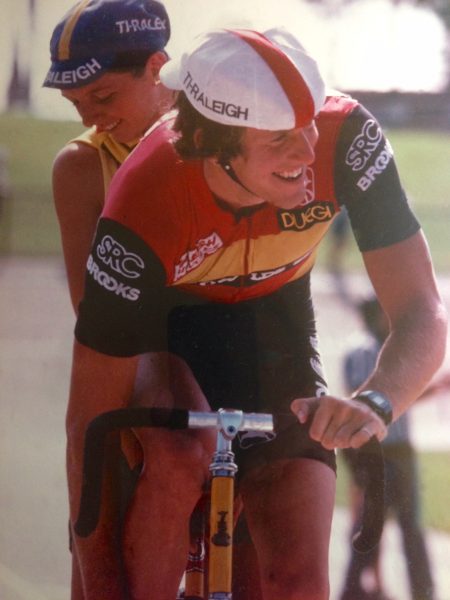 About ready to start the hour record on the velodrome in San Diego.

Yesterday was the Gravelluer’s Raid back in Kansas.  This is the 3rd year for the event and it is super fun.  It is a 100 miles and hilly.  Yesterday it was a bit chilly, but everyone I was in contact with had a good time.  And they were very tired.

My team mate, Brian Jensen, won the event for the 3rd year in a row.  I was 2nd both the first two years and missed riding with Brian yesterday.  Catherine Walberg was 2nd in the women’s event, even though it was pretty long for her, this time of the year. Pretty great result and effort.

I went up to North County and met some guys and road 100 miles myself.  We did a few of the sections of the Belgian Waffle Ride, which is quite a bit longer than 100 miles.  I have no idea if I’ll be up to the distance by then, but it was a nice day to spend on the bike. The race is in May, after the Tour of California.  I’m not exactly sure where we rode, but it was scenic and fun.  We actually saw the czar of the BWR, Michael Marckx, while out by Sutherland Reservoir.

We did a fair amount of dirt riding, sometimes just on dirt hiking trails and sometimes on dirt roads, climbing and descending.  I had way too much pressure in my tires for how bumpy the dirt was.  It had been raining out here a ton, this winter, and the dirt is pretty eroded.   Plus, it was pretty windy from the West, so we didn’t have the fastest average speed, even though it was a hard effort.

Sue met us about a quarter the way in and rode the majority of the ride, until she had to turn back to Highland Valley to get to her car.

We got back to near Carlsbad and only had 90 miles.  We had stopped Dave Mas’ house, and had a beer or two.  Man, does that go to your head quick after 6 hours of riding.  I had received the results from the Gravelleur’s so thought it was best if I did the last 10 miles and matched the distance, just in honor.  Plus, sober up a little.

I felt alright riding yesterday.  I got twisted up a little early in the ride, in the sand, and felt a sharp pain in my shoulder, but that only lasted a little bit.  And the funny thing is that the last hour, the dull pain was pretty much gone and I could ride standing while climbing, which is new.

I doubt I fixed anything, so maybe something was out of alignment?

Flanders is over.  Pretty close race, considering.  I won’t spoil it for you if you’re going to watch it later.  But I have to spoil the women’s results.  American Coryn Rivera won, which is a lifetime result.  She deserves it, just continuing her winning ways in Europe.  Trudi left Belgium and flew to Spain for a stage race there.  I think she is going back to Belgium for Paris-Roubaix.

I think I have nearly 400 miles for the week already, so I’m not sure what I’m going to do today.  Still trying to met up with a doctor out here, so it has been a little frustrating in that regard.    Anyway, it is a nice day, once again, in Southern California. 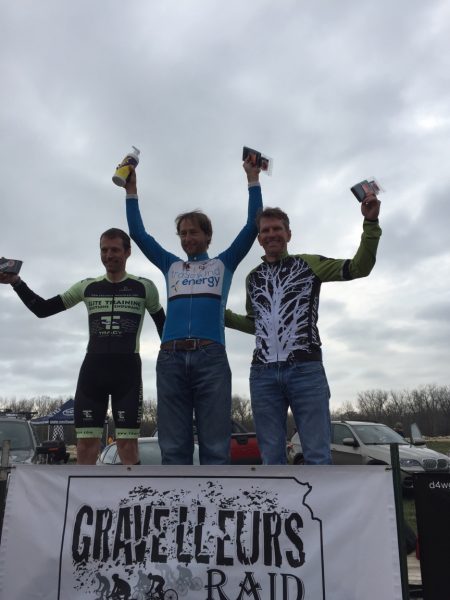 Brian on the top of the podium. 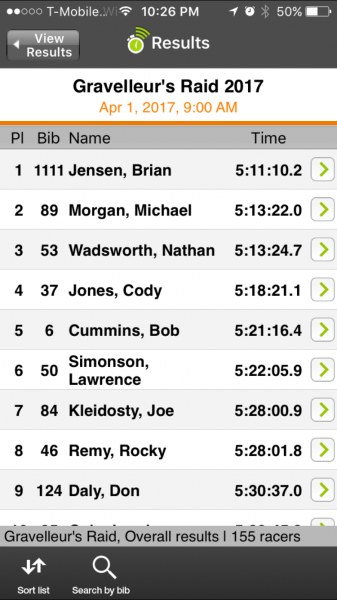 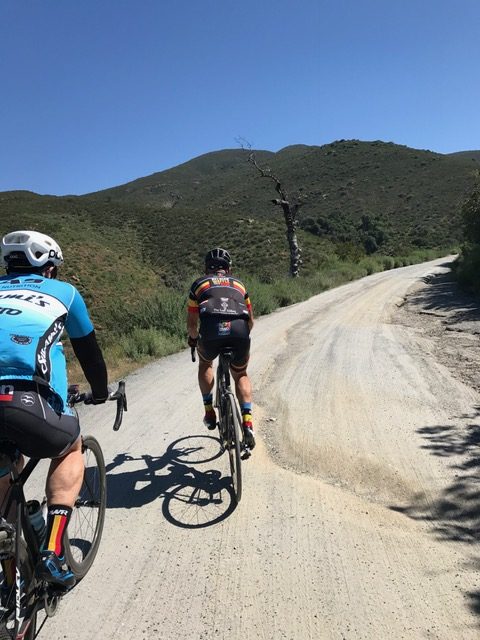 I think this was climbing up Black Canyon Road. 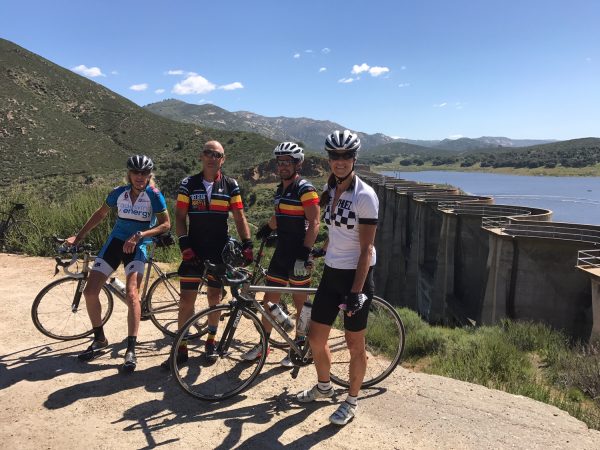 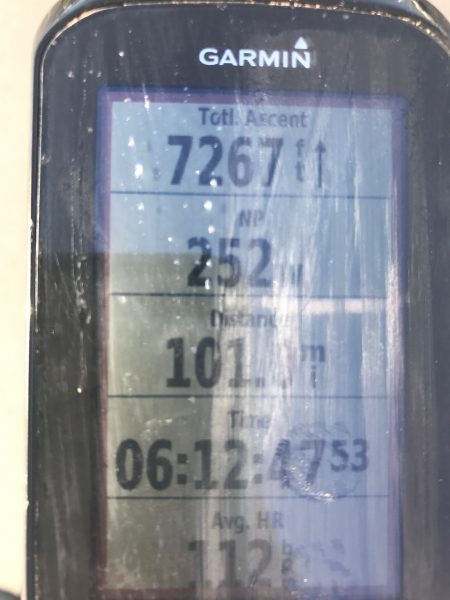 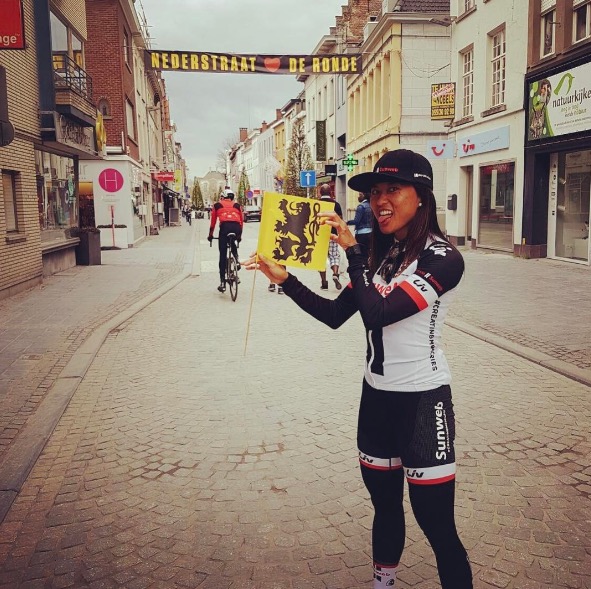 I wish I would have been in Fayetteville yesterday,  just watch the criterium at Joe Martin.  I’m not up to racing a criterium in the rain, but the race really interests me.

First, I need to state categorically, that I don’t like racing criteriums in the rain.  I happen to be good at it, but it is way more dangerous than just regular criterium racing, thus who would want that to be the case.

That being said, it is part of bicycling race.  Being able to handle your bike in all conditions is really a part of all disciplines of the sport.  Especially on the road, cross and MTB.  Track racing, well, that is a separate beast.

Riding in the rain takes a special talent.  And usually a fair amount of experience.  Tire selection is super important.

Robin Carpenter, Holowesko-Citadel, won the Joe Martin Stage Race, overall, because he has this talent.  Not exclusively only this talent, but it is key.   He won a stage in the Pro Challenge a few years ago, riding solo in the rain, on a dirt descent.  He has the bike handling skills.  He is a very good bicycle racer.

I would have liked to watch the race develop and seen exactly what happened.

I lined up at Joe Martin a few years ago and it was looking like it was going to be wet for the criterium.  I was on the 2nd row, right behind the race leaders and I was aghast seeing the tires that most the guys in the top ten were riding.  The guy right in front of me was on Continental Gatorskin clinchers, that were nearly bald.  And he didn’t have the worst tires of all the guys on the front line.

I was thinking to myself, that the officials needed to do a bike check and not let riders start that didn’t’ have the proper equipment to race.   I never would have started a criterium riding that equipment.

It didn’t end up raining, so everything was fine, but just the idea of starting a race, knowing that you were riding something was wasn’t up to the potential weather, made me wonder.

Remember a long time ago, when during the Tour de France, the riders neutralized the race themselves, on a descent, because one of the Schleck’s crashed and Fabian or someone convinced everyone that it was way too dangerous to race?  This was stupid, in my opinion.  Like I said above, being able to handle your bike when the roads are wet, is part of the sport.

Anyway, congratulations to Robin.  Winning Joe Martin overall, the final criterium, is not how the race usually plays out.  I guess the rain made the day very hard to control.  Good, old fashion, bike racing. 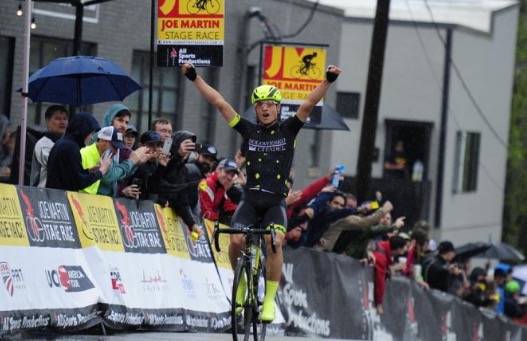 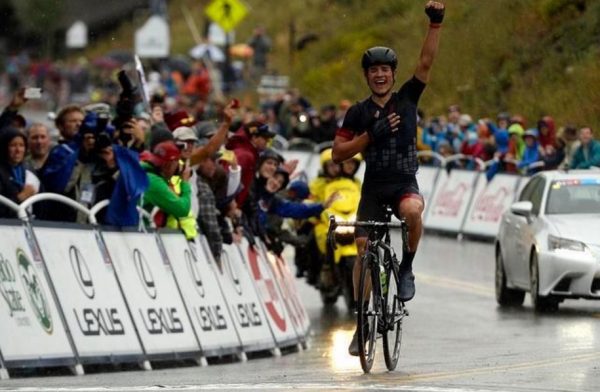 And at the Pro Challenge. 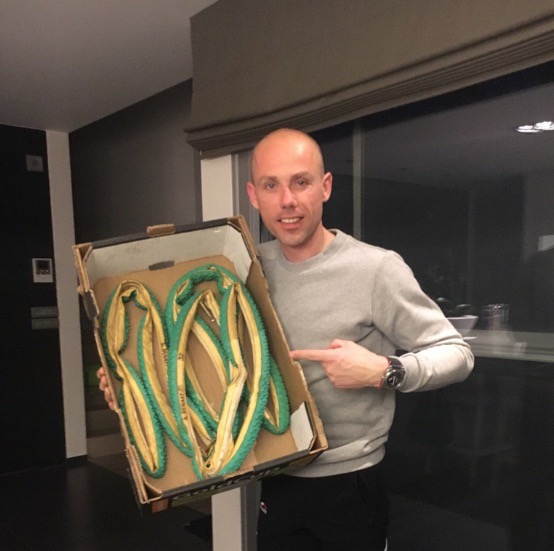 Sven Nys showing off the best cyclocross tires every made, in my opinion. 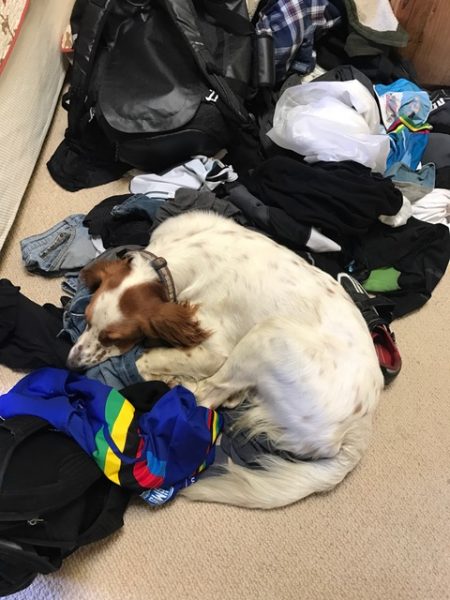 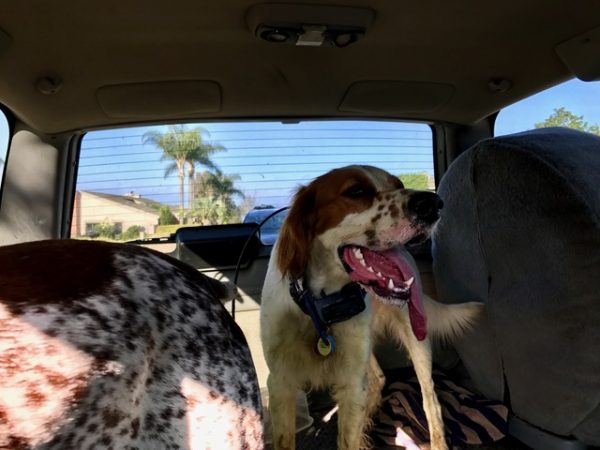