The title is a little misleading, now that I think about it.  I’m not racing, yet.  But, here in Eastern Kansas, The Spring Fling Criterium Series is underway.  It is a 5 race series, that normally starts right around now, the last weekend in February.  It is a good way to get some lungs to go with all the miles you’ve tried to accumulate.

Yesterday I rode over to the start of the 1/2 race.  I hadn’t seen a lot of those guys for a long time and it is a pretty easy 50 mile ride RT.  My brother, who has been sick for the last 3 weeks, said he was going to race, so I rode over with him.  When he got there, he said that he could barely stay with me so he had no business racing.

I only stayed for the start.  It was hovering right around 40 degrees and started cooling off a little after 4, so I started getting pretty cold.  One constant thing about this head injury is that I can’t seem to regulate my core temperature very well.  I was hoping it would be beneficial for hotter temperature, but the other day, when it was approaching 80, I wasn’t too happy with that either.  I think it is going to be a slow process, as everyone says.

I probably could have raced.  I’m not too off riding my bike.  I have no race fitness, but I usually get that by racing.  I hate missing a bunch of early season racing.  It just makes later races into that, which is much harder.  But, I don’t really have much choice here currently.

If you didn’t get a chance to watch the weekend Belgian races, Omloop Het Nieuwsblad or  Kuurne-Brussels-Kuurne , you should watch a condensed version, at least.  Both the finishes are pretty good.  It is interesting that those races are over with and it isn’t even March.   Peter Sagan seems to be in pretty good form.

Everyone here in Topeka has been sick or sickly.  Me too, but not to the extent as some others. It is supposed to be pretty normal/nice today.  Highs in the lower 50’s.  We have a noon ride planned, but I think it is going to have to be pretty slow and flat.  At least flat.  Some of these guys haven’t ridden for over a week, bedridden, so it is going to be an effort.  But, no one is in a rush, it still is only February. 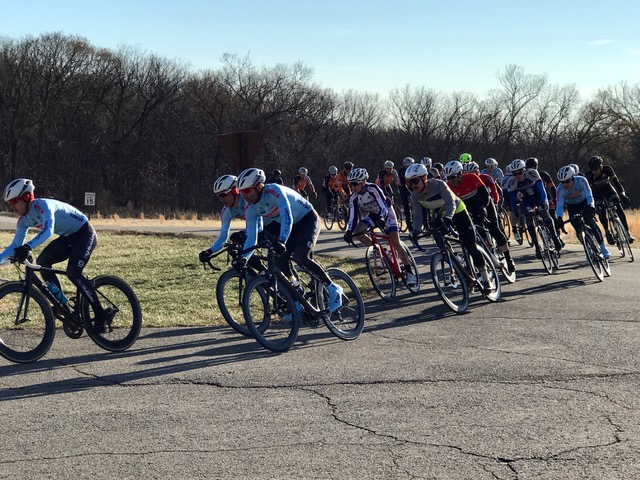 The start of the 1/2 race at Perry yesterday. 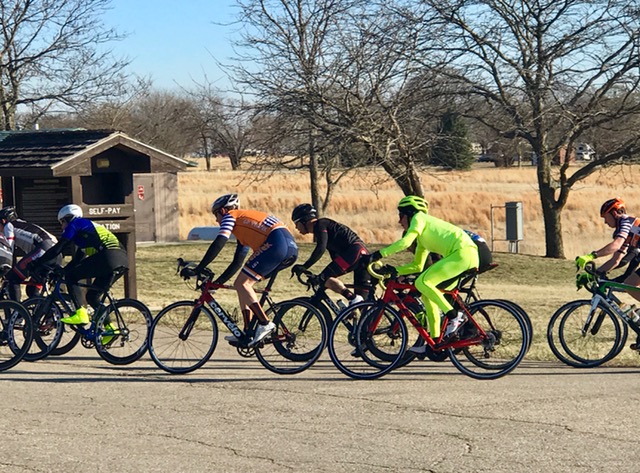 This is the Cat 5 field. I like the guy in the all day-glow yellow. I had a baby blue tennis warm-up when I first started. 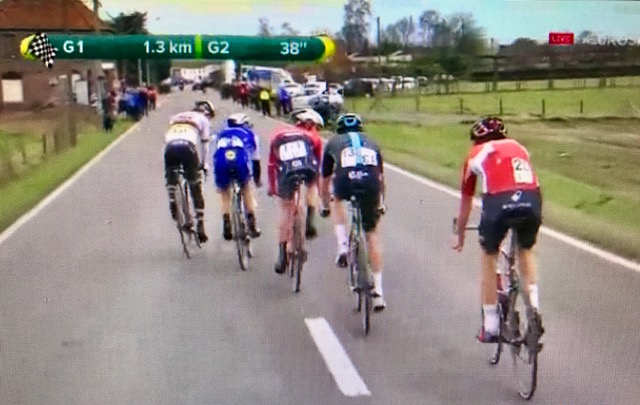 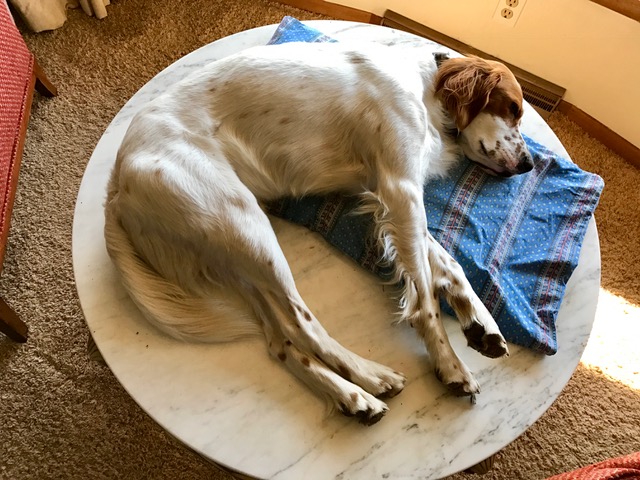 Tucker seems to sleep on this table a lot. I think it is so he can watch the squirrels in our front yard. Trudi put a pillow on the marble so he is more comfortable. Probably not a good routine to get started.

21 thoughts on “Racing Has Started”