Yesterday was pretty nice.  It was approaching 80 degrees, which is about 20 degrees above the normal high of 58.  Even 58 seems like it is high for February.  I guess that winter is sort of winding down.

Most my gang here in Topeka is sick-ish.  Bill, Catherine, my brother Kris, all feel bad.  Bill has been sick on and off for nearly a month I think.  Catherine just for a day, so maybe it is just the flu and she’ll be feeling better by the weekend.

I’ve been feeling off for a while too.  Kind of the same thing as Bill has.  TIght chest, mucus in my throat, etc.  But not sick enough to skip riding when it is so nice out.

So I got on my bike and rode gravel over to Lawrence.  That is pretty much my favorite ride around Topeka, so I try to do it sort of often.  It was a little windy and I was riding solo,  so a little shelter on gravel is always good.

I stopped for coffee in Lawrence.  The students were sitting outside in shorts.  I liked that.

KU basketball had a milestone yesterday by winning the 13th straight Big 12 title in a row. Pretty incredible streak.  They are ranked 3rd in the country now, but need to improve a tad still if they want to play a bunch of games in March.  They still have nearly a month before the Big Dance, so it should be fine. 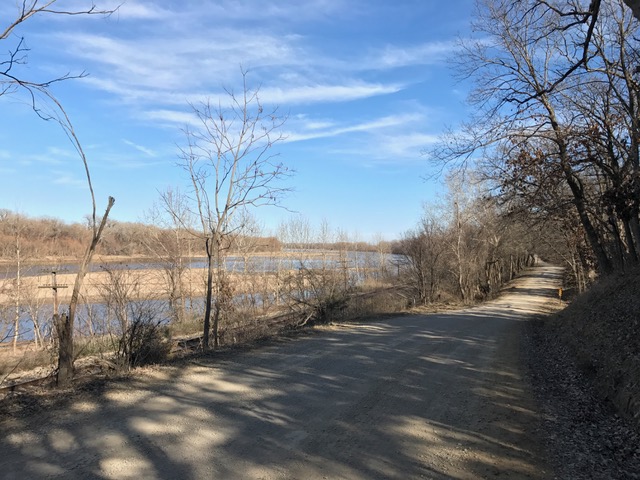 The view along the river is nice. It is hilly on and off. 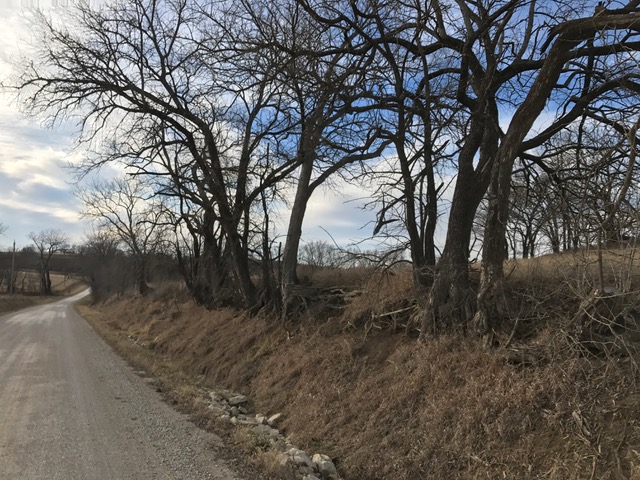 Lots of the road has Hedge trees, which is super hard wood that was planted to protect and divide the fields. 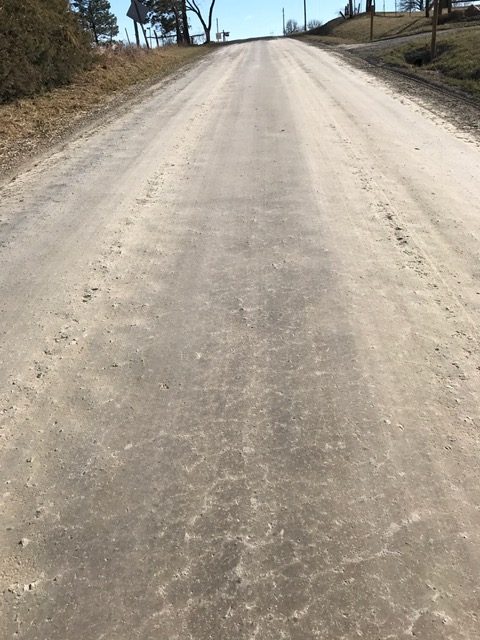 Lots of the road yesterday was smoother than cement. 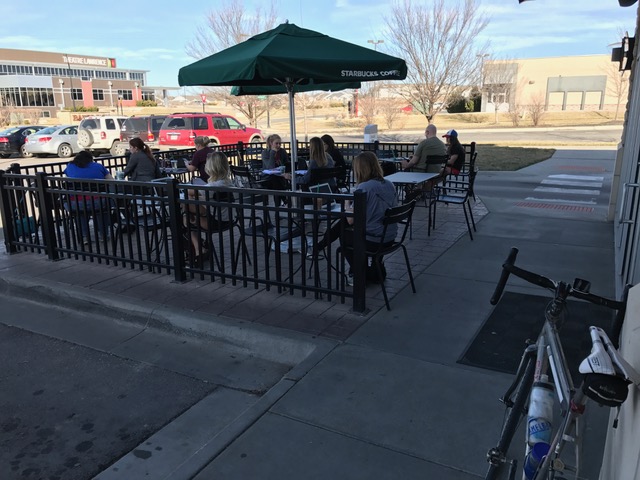 KU students at Starbucks in Lawrence. 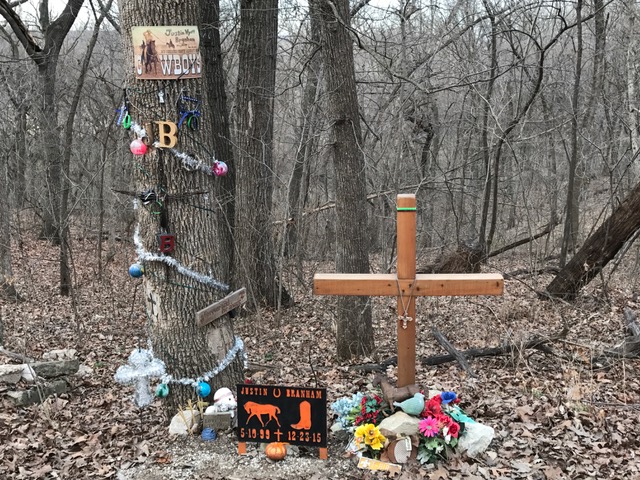 This is a memorial right near where the road turns gravel. I saw this boy, riding his three-wheeler, just a couple days before his accident. So sad. 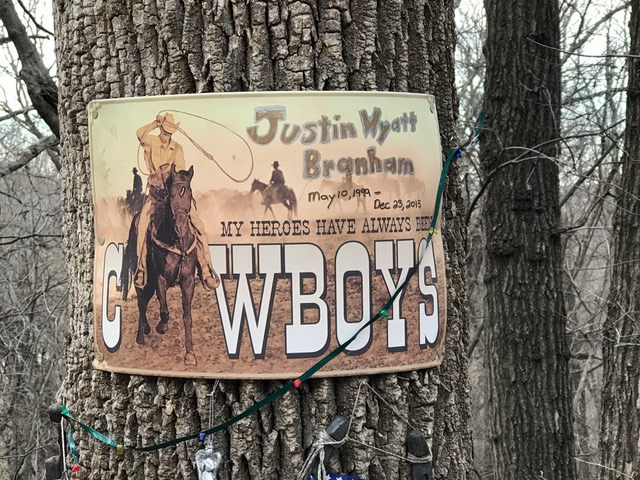 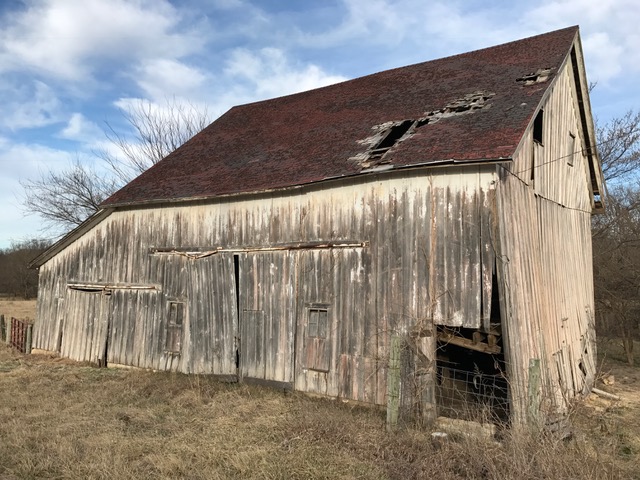 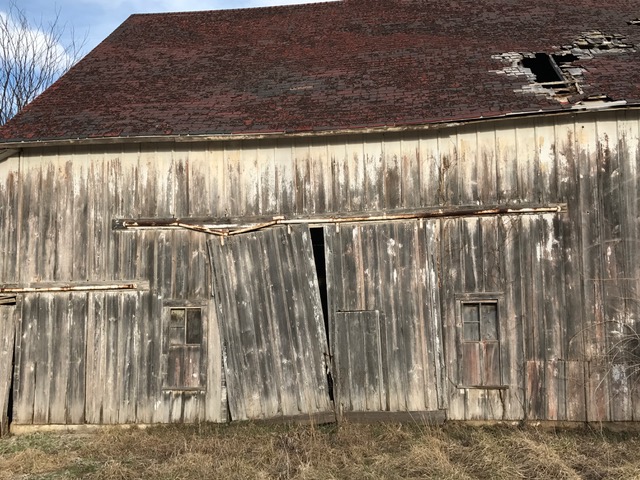 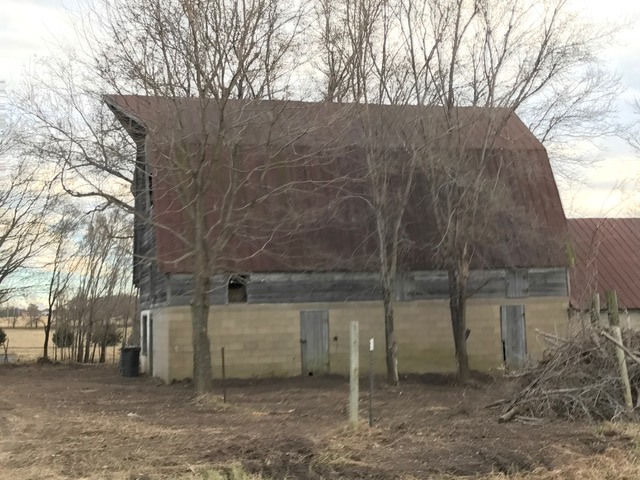 And this one, even though it has concrete blocks. 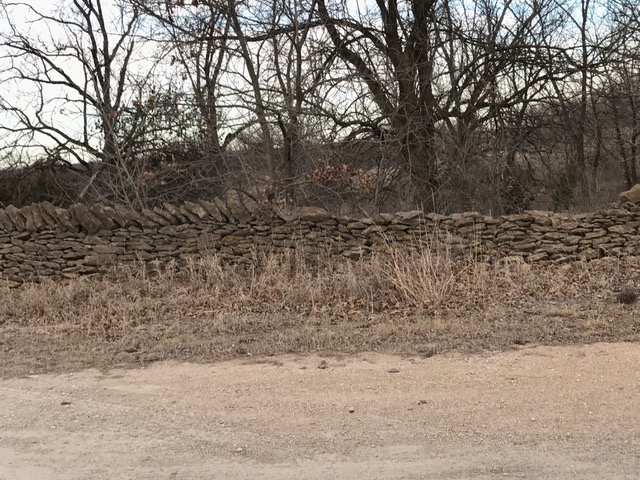 There are lots of these in Eastern Kansas. 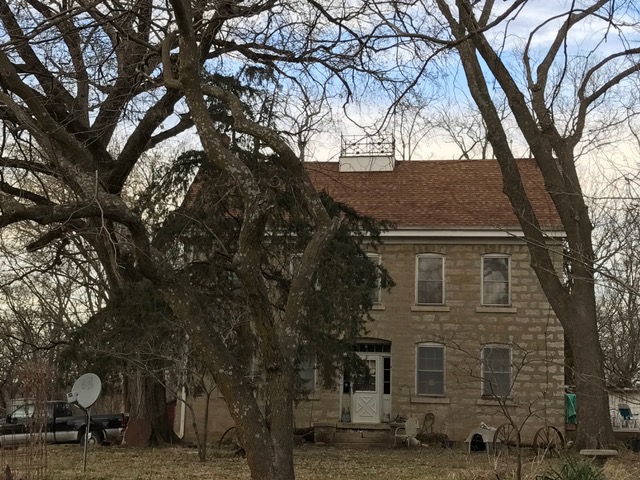 My favorite house on the River Road. 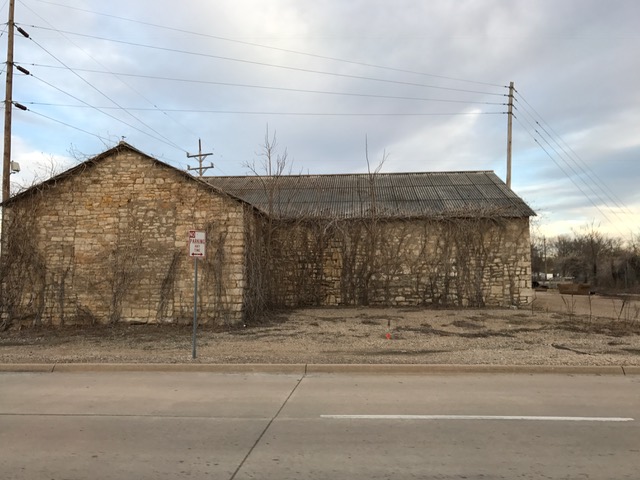 A really old stone building on the Santa Fe property in Topeka. 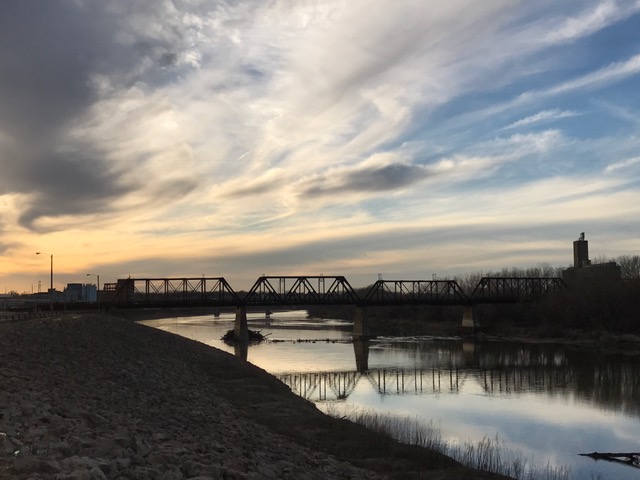 A railroad bridge, coming back into Topeka. 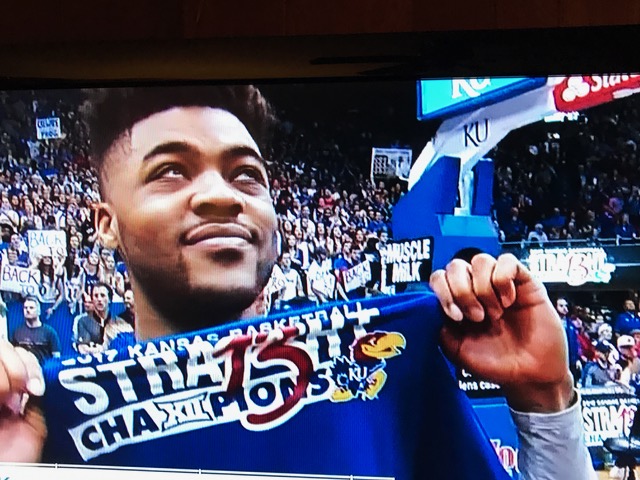 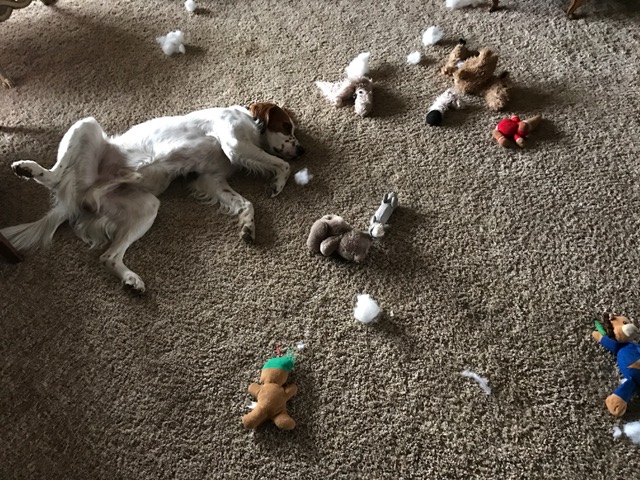 Tucker was a little bit crazy this morning.