I saw a couple weeks ago that USAC ruled that we, as in all Cat. 1/2’s can use radios again in all races.  I hate that.  I don’t like much anything about radios in bike races.  The idea that radios make a race safer is total BS.  It is a way for team directors making their riders robots.  Or plain dumb riders viable.

I’ve written posts about radios before, so I don’t need to dwell on it.  Here is probably the one that explains it the best.  At least from my perspective.  I have a whole box for of radios in a closet.  I’m really not sure where they are.  By whole box full I’m lots.  I guess I’m going to have to pull them out and see if any of them work.  Stupid.

Actually, worse than cross.  We all have to get a whole garage full of equipment. Bikes and  wheels that go with these bikes.  Most of us that have been in this sport for a while have collected enough equipment that is interchangeable.   Not with disc brakes though.

And the real problem is getting wheel changes in events.  Or just changing wheels between bikes.  It doesn’t seem like anyone has standardized the rear axle width and even if that number ends up being 142 or whatever, getting different discs to line up with you calipers on different wheels is tricky.  Especially on the road when time is important.  Once they get the calipers more usable for wheel changes, then I’ll reconsider my position.

And finally Lance’s deal.   The case is going to trial.  All the judgements have been done and it is happening.  The government says the total is something around $32 million damage, so with the tripling thing going on, the most he’ll owe is $96 million if he loses big time.

It kind of surprises me that he hasn’t settled this.  Maybe it is that time.  But when you read what Lance’s attorney says, maybe not.  “There is no actual evidence of any quantifiable financial harm,” to the Postal Service,  so the government may now proceed to a trial that, as a practical matter, it cannot win.”  Elliot Peters.

I forgot what Floyd gets out of the whole take, but it isn’t the same as before the government took over the case.  For some reason 1/4 the total comes to mind, but don’t quote me on that. But 1/4 of 0 is still zero, so he should probably proceed with his new enterprise in Leadville.

My doctor’s visit went alright on Tuesday.  Yesterday was exactly 4 months since I fractured my skull.  Seems like a really long time to me, but when she asked me how long and I said 4 months, she said it is still super early.  I guess that is a good thing.  Better early than this is the final outcome.

Not that I’m complaining.  It could have been a ton worse.  Like I’m not on the planet Earth anymore worse.

Vincent is down in Arizona doing the 24 Hours of Pueblo with Lance and his old Postal Service gang this weekend.  Vincent isn’t riding on their team or anything, but he’ll be riding around with them in circles for a day.  I make a bet that they aren’t just there to “have fun”, like George said when asked.  I bet they ride pretty fast.  They probably win the 4 person team event would be my guess.  Maybe 2nd, but probably win.

Okay, I didn’t ride for two days, thinking that maybe I would feel better if I didn’t.  That didn’t work, so I am planning on going out today.  It is “only” gonna be 50 degrees today.  I say only because it is going to be in the 70’s the whole next week.  Probably mild for February in Kansas. 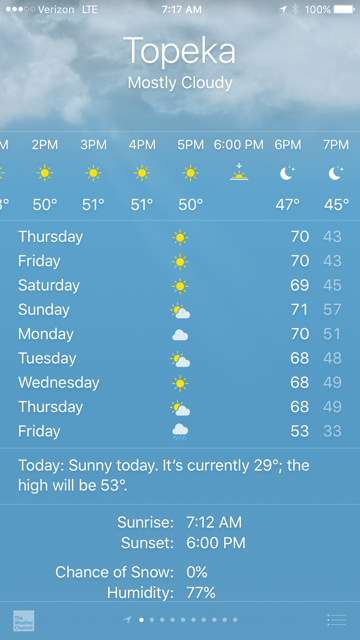 Weather the next week. 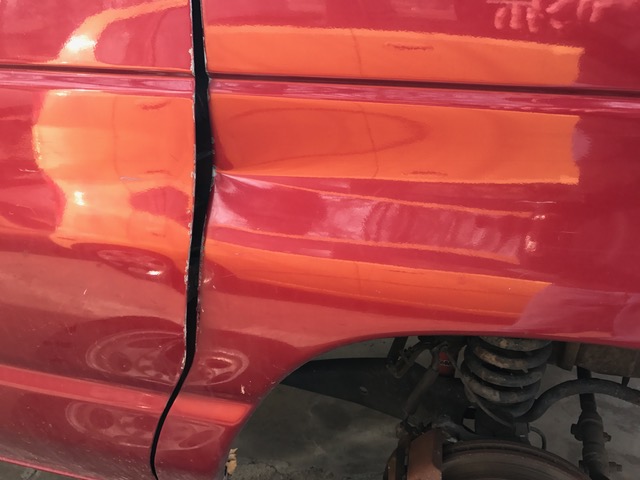 I worked on my van yesterday. Somehow this got bent. Not exactly sure when or how. 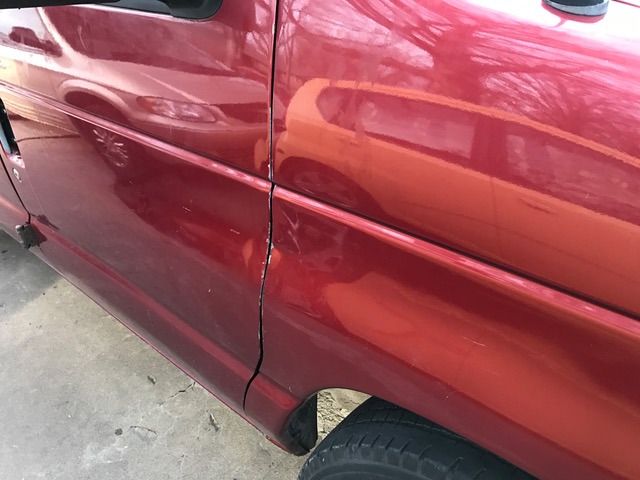 I had to pull the fender off, which involved taking off the front clip with the headlights. I got it pretty straight. Just need some paint now. The whole process got me a little dizzy, but not horribly.