I have been able to ride the last few days outside.  It has been warmish, even though it seems a little windy.  Let me tell you, wind isn’t your friend when you’re at my fitness level.  I’ve always liked the wind, but when you’re out of shape, it sucks.

I was thinking yesterday about riding smart.  Cycling is a sport that rewards, sometimes, the riders that pay attention and ride intelligently.  It is a weird sport because you can ride the smartest race and still get killed.

I was thinking about a race I did in Tyler Texas, back in the 90’s.  It was called Beauty and Beast. There was a road race and a criterium the next day.  I had just started racing MTB full time and wasn’t currently sponsored.  It was a pretty big weekend and lots of the best road riders in the country came.

I did the race a couple times and don’t exactly remember the whole race.  I do know that before the race I rode out the course, backwards and checked out the finish.  It started and finished in Tyler and there was a fairly steep hill coming up to the final corner.

Coor’s Light was the dominate team.  They were controlling the race and were setting tempo at the front.  I knew most all the guys on their team, ridden on the same teams as many of them.

I don’t know if I was daydreaming or what, but I was pretty far back in the field, maybe 20-30 riders and it was pretty much stretched out in line.  We were going down a slight hill and starting up another one, in town, when I noticed Roy Knickman, a team mate from the Levis days, swing off and sit up.  I was thinking to myself that it was weird for Roy to be just sitting so far out.

I looked up the hill and suddenly realized that it was the final hill before the last corner, which was only 200 meters from the finish.  I immediately panicked and jumped in my biggest gear.  I got a good jump on the guys ahead of me, right when the Coor’s Light guys were accelerating at the front.

By then, the field was splitting.  I was coming up the inside pretty quickly, but moved to the outside towards the top.  I was passing guys super fast, like I was going maybe 5 mph faster than everyone else.

Towards the top, Davis Phinney was leading out Greg Oravetz.   Both of those guys were faster than me, normally, but I had momentum.  By the top of the hill, I was on the far left and came by Davis, then over the top of Greg, right before the final corner.  I had a lot more speed and won the race by a pretty huge margin, considering.

I was thinking yesterday that if I had been my normal observate self, I would have been in “a better position “, at the back of the Coor’s Light train, and started the sprint behind them, maybe finishing 2-5th at best.  But since I was completely out of position, I was grasping at straws and ended up winning the race.  In the end, it was good I started so far back.

Plus, if I wouldn’t have seen Roy pull off and sit up, I would have never known that we were on the final hill, at the finish.  I was lucky, once again, maybe not just lucky.  I was observatory that Roy was doing something out of character unless he was spent and done doing a leadout. I wouldn’t have won without seeing that.

So, I’m not sure this is a post about lack of racing smart and getting a good result or using race smarts to get a good result.  I guess a little of both.  But like I said initially above, the sport is weird and the results don’t always reflect how smart you race.

On a side note, and I’ll try to find the article, Velonews put a big picture in of me winning the race and the article had a part about since I won such a big early season race, would it give me more options for sponsorship.  I answers that absolutely not, but in the article, it I said that for sure it would help.   I thought that was funny. 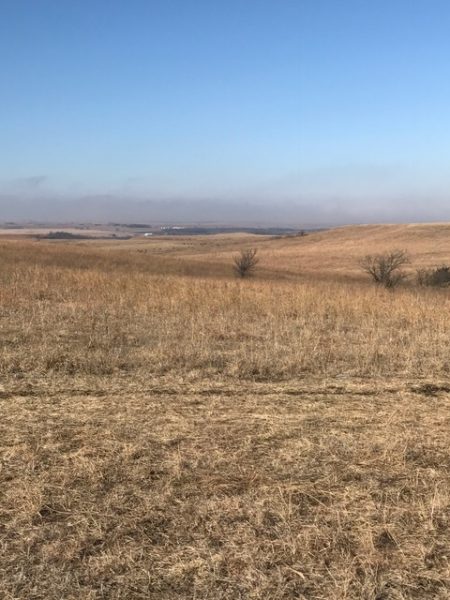 Since I haven’t found the Velonews article, here is a picture of the start of the Flint Hills, looking west from Topeka. 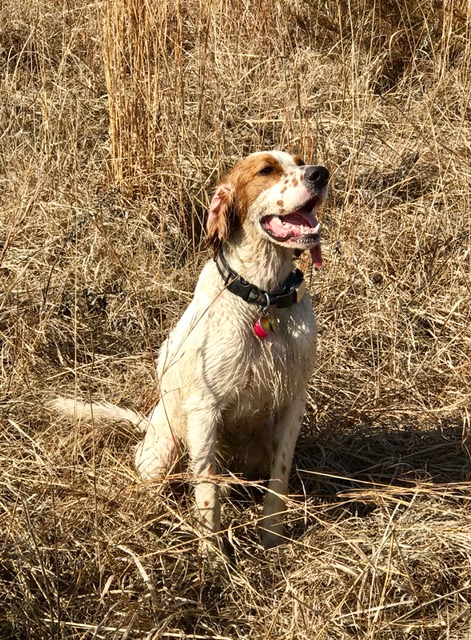 And Tucker, who was the reason to be out there. He always swims if he can find some water, so he is a bit wet.