I have been a bit apprehensive about actually putting on skis and trying it out this year.  Since cracking my skull, I can’t say that I’ve had the best balance.  It is way better now than it was even a month ago, but still, it isn’t up to my standards.

I decided to dog sit after Christmas instead of coming up to Cable for the New Year.  I thought it best if I didn’t even have the slightest chance to put on skis.  I changed my mind.

The last couple days, I’ve decided that I should ski some.  I decided it isn’t that dangerous. Even though I’m a shitty skier, I can manage to stay upright most of the time.

A couple days ago we went over to the Birkie Trail Tour, after it was over, and saw Yuriy’s new ski truck.  The truck was cool, but we did bring our skis along, so it would have been a shame if we didn’t ski some.

And it wasn’t too bad.  Actually, two days ago, I think my balance was better than it has been for a long time.  I was pretty comfortable getting all my weight over one ski and never bobbled once.  But I only skied 10km or so.

Yesterday I decided to ski from OO to FIsh Hatchery.  That is kind of the last half of the American Birkebeiner.  It isn’t the whole way because it isn’t groomed from Fish Hatchery to Hayward yet.  But it was 20 km or so.

I had my Garmin in my pocket and I skied about 17km in an hour or so.  That was quicker than I thought I was skiing.  It was a little over 3:30 a kilometer.  And the trail was needing some attention, so I wasn’t nearly as on top of my skis as I was the day before.

The hardest hill on this part of the course is just a k or two from the road.  It is called Bitch Hill.  I think it was named that because it is a bitch getting up it.  During the race, at least when I did it, there are some people, women I think, dressed up in costumes, cheering on the skiers.  You really don’t have the energy to pay much attention to them at this point.

There was no one on the hill yesterday.  And the hill didn’t see that hard.  According to my Garmin, I was the 33rd fastest time up the hill.  I think that was out of 4 or 5 hundred people.  Obviously, not as many skiers use Strava as cyclists.  I say that because I believe nearly 10,000 people ski the Birkie, so most of the down use GPS to track their day.

Anyway, I am out of shape.  For about everything.  Of course I realize that lying in bed for the better part of 2 months doesn’t do wonders for general overall fitness.  But,  I am pleasantly surprised that I’m not worse than I am.

I’m going to ski the same as I did yesterday, today.  They groomed the trail from OO south, so it should be new corduroy the whole way.  That will make it way more stable.  Yesterday, the course was ski groomed for Dennis’ classic race, so there were 4 sets of tracks, two on each side, for about 1/2 the way.  That made the center narrow and skating a little undulating.

I have to admit, I’m a little stiff, but again, what do I expect. 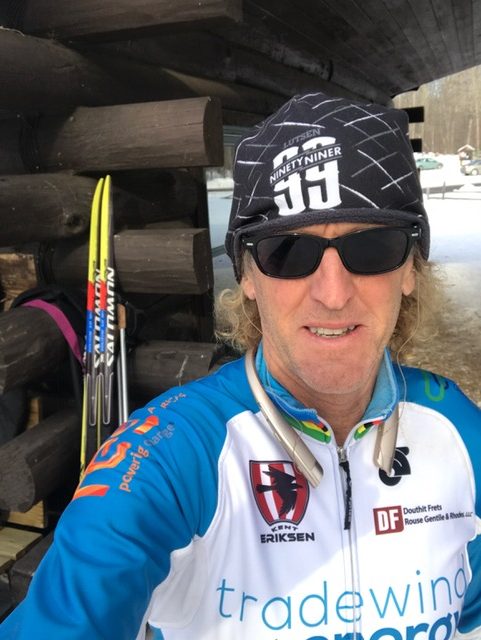 At the warming hut at OO. 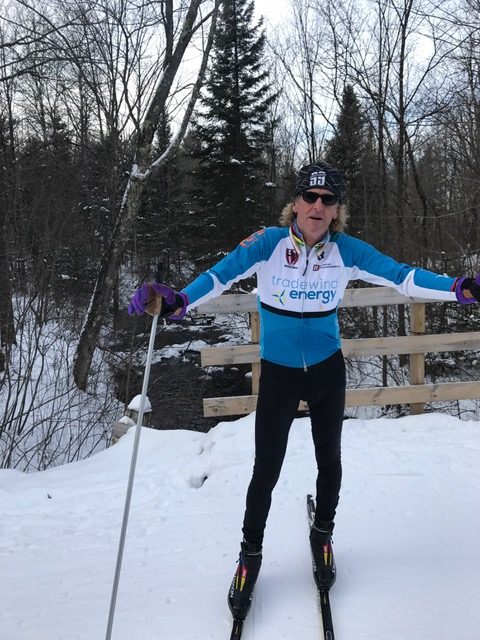 Then again, at Mosquito Brook. 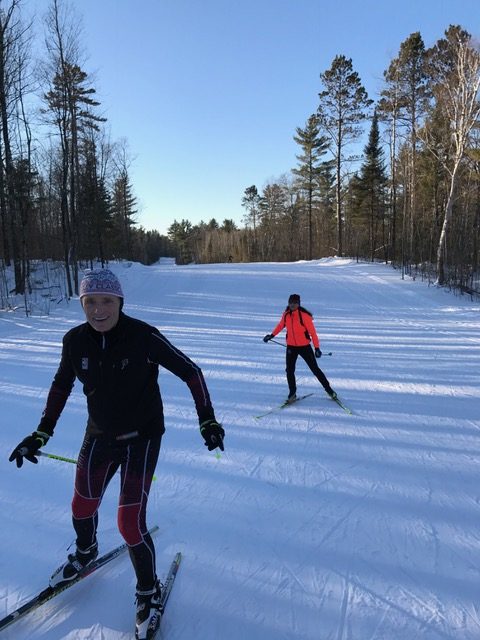 Dennis and Trudi skiing a couple days ago by the new Birkie start area. 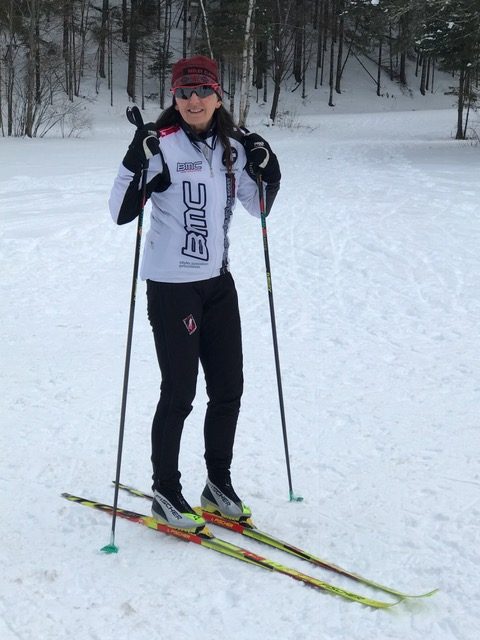 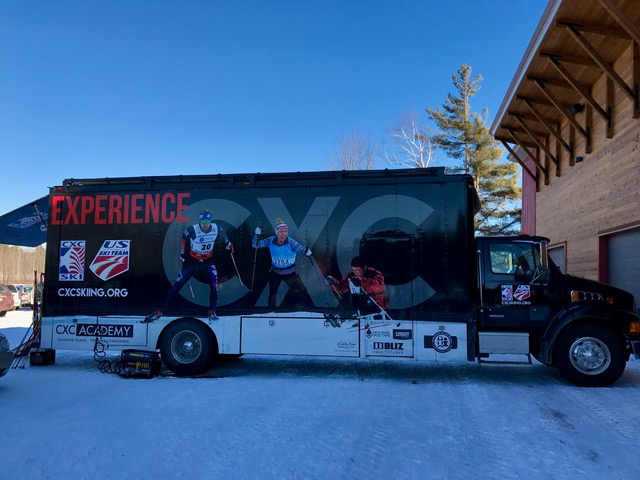 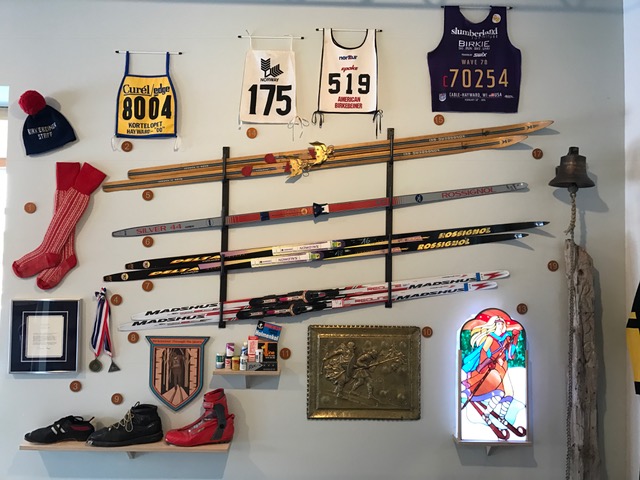 Little display at the Birkie office. 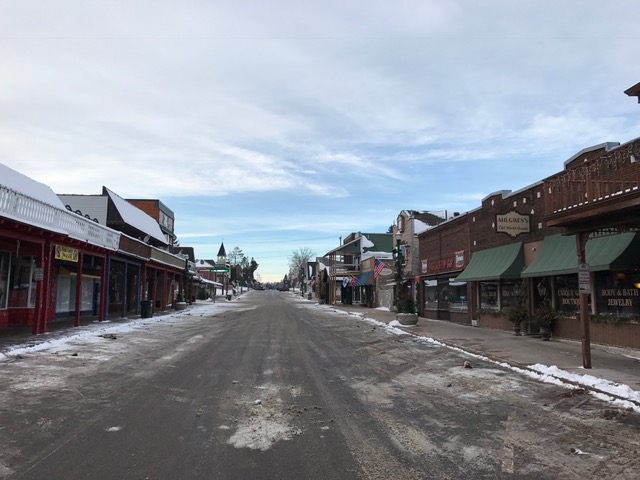 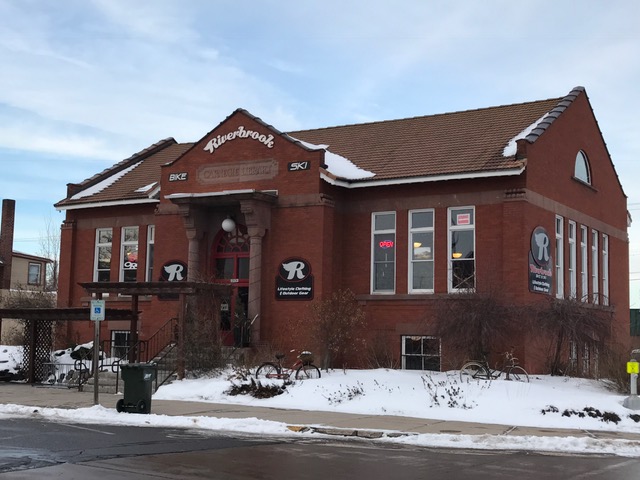 This is Riverbrook. It is an old Carnegie Library building. Beautiful. 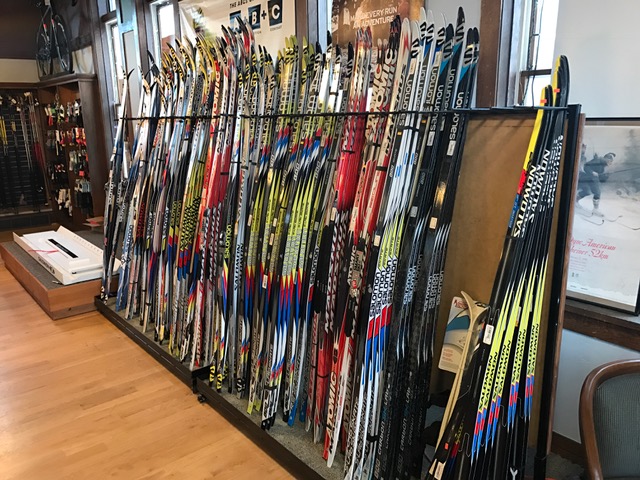 I think of Riverbrook as a bike shop, but they sell everything needed to enjoy the silent sports here. 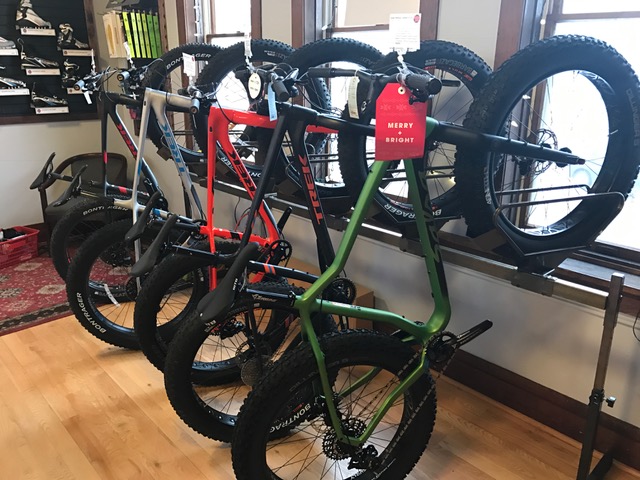 This is the bike of choice currently this time of the year.