I’ve obviously crashed a bunch in my life.  I think that is a given if a person races bikes 11.5 months a year for decades upon decades.  I’ve gotten hurt some, but nothing like this last one. Breaking a bunch of bones isn’t really a worry, normally, knowing they will eventually heal.

The weirdest crash I can recollect is one that only a few people know about.  It is really a series of crashes.   I wrote about this a few years ago and stole most of this from that post.

It all started when I was riding for La Vie Claire with my Levis team mate Roy Knickman.  Paul Köchli had called and asked me to ride.  I was riding full-time for Wheaties – Schwinn, but we had too many riders and after I got a call from La Vie Claire, I bowed out of the Schwinn selection.  Those were the days.

The day before the race, I received a custom carbon Krestrel bike and new shoes. Krestrel was a new company and they made me a bike just for the race.  I wasn’t planning on wearing the shoes, I was just setting the cleats. Anyway, my mechanic was helping me with the cleats. He was tightening the bolts as I set the cleats while on the bike. He loosened the pedal tension to the easiest setting so my cleats wouldn’t twist when I clipped out.

So the next day, the stage was from Nevada City to Sacramento. Trinity Grade is around a 3 mile climb about 10 miles into the stage. It was a good climb for me. Pretty short and fairly steep. I never got over the top with the likes of Lemond or Andy (Hampsten), but usually got over it at the front of the 2nd group. The descent off the top is pretty tricky. The first right hand sweeper/switch back is decreasing radius.

Anyway, I went to the front of my group to lead the descent. I was in a group with Davis Phinney, who climbed incredibly that day. Coming to the right hand corner, I set up the corner on the outside, going hard into the corner, with all my weight on my outside, left pedal.

But, that wasn’t good, since there was virtually no pedal tension. My foot instantly came out of the pedal, which through all my weight to the left and I straightened out and rode straight off the edge of “the cliff” without braking at all.

It was pretty insane. I have a vivid memory of it still. I was flying through the air heading straight for a tree. I think I twisted a bit, but the outcome was that I hit a tree, maybe 15 ft. up. Actually, my bike hit the tree and stopped and I just kept going. I tumbled down the hill all the way to the ditch of the road below. I was pretty shocked. I didn’t move for a bit and then I look up and here is Davis and my group riding by. They’d ridden to the next switchback and when they came by I was just laying in the ditch, probably moaning.

So, I get back up and start back up the hill to get my bike. I was surprised to find out that I only had one shoe. My right shoe was still clipped into the pedal. So, I get my bike, but the final bit was too steep to walk. By then a support car, I’m not sure if it was my team car, had stopped and some guy helped me with my bike. I got back to the road and they were guys everywhere. Lots of riders had fallen on the corner. A guy slid out while I was sitting there putting my shoe on. I’m not sure if it was the cars screwing up the rider’s line or what, but it was carnage.

After I’m all good, I clip back in and get going. I still am at virtually the very top of the descent. I wasn’t in a rush, but still was going down the hill pretty quickly. Nearly at the bottom of the descent there is a blind, tight left hand corner. I don’t quite remember what was the setup, but the outcome was not good. In the apex of a corner  there was a European team car parked. I got hard on the brakes, but slid into the car sideways and launched over the hood and landed in the ditch.

I wasn’t good.  I had hit the ground pretty hard.  I had landed right next to my friend, Don Sutton.. He was laying there from the exact same crash scenario. I thought I was hurt, but he seemed worse. We weren’t in much of a rush to get moving. My bike was miraculously okay, so eventually we got moving. Eventually we got into the last grupetto. A bunch of Dutch TTT guys pulled the whole way to Sacramento, probably over 70 miles,  as we sat on. Don was complaining about his arm hurting.

When we got to Sacramento, Trudi was crazy worried. Davis had told her that I had fallen badly early and was unconscious in a ditch. I was okay, just battered up some. I still had to race the Old Sacramento Criterium that evening. When I got to the start of the criterium, Don came walking up with a cast on his arm. He had broken his wrist falling, and had rode the rest of the race with it that way. Pretty stoic ride.

Anyway, that was my worst descent ever. Not that either of the crashes were really my fault. Well, the first one might have been. I should have noticed the lack of tension on the pedal when I clipped in at the start, but obviously didn’t. It’s the only time I can remember falling descending. 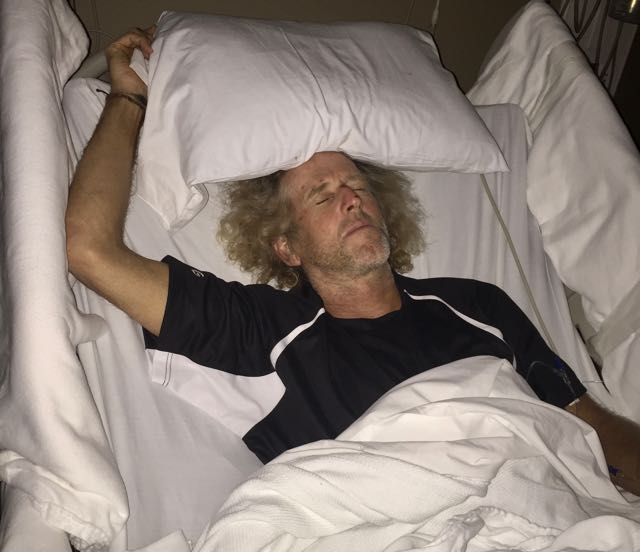 This is what it like a week after smashing my head into the ground at 30 mph. 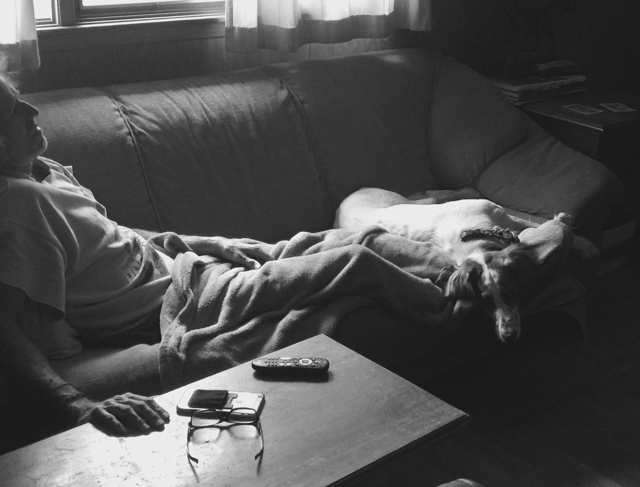 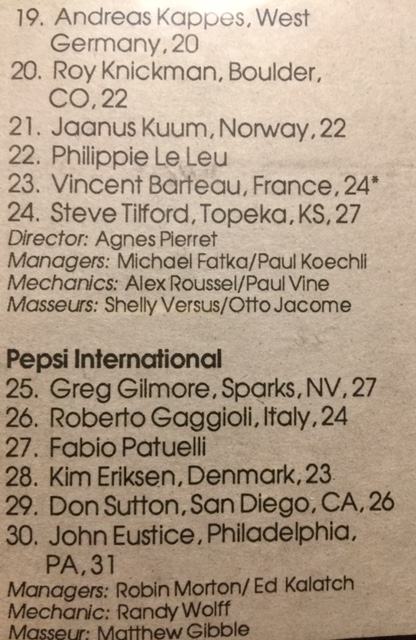