I don’t eat much red meat.  It isn’t that I’m all that against it, it is just that I’m not that into it usually.  I was a vegetarian when I first started racing.

There was a guy in Kansas City that was really good, Bill Nickelson.  He pretty much beat up on all the guys when I was 14.  He was a vegetarian, so my brother Kris and I decided to emulate him.  We asked him exactly how he ate and he told us.  He also suggested a ton of vitamins to take.  Calcium, Magnesium Zinc, Vitamin E, Pantothenic Acid, Niacin etc.  I can’t even remember them all.

I did this for a long time, pretty much until the first time I got to go to Europe to race.  Salad bars and options were always available here in the states, so I didn’t really think much about eating before I fly to Europe.

The first race we did was the Tour of Vaucluse in Southern France.  I wrote a post sort of about it.  It was a Pro-AM race with lot of great professionals, plus the Russian and Eastern European amatuer teams.

The race fed us and I realized pretty much the first day that it was going to be nearly impossible to not eat meat.  That was nearly all they served for meals after breakfast.

So maybe the 2nd day, I decided to quit being a vegetarian and eat a steak.  I figured it was the only way to survive the trip.

So I walked over the food line and got a steak.  I really had no desire to switch up my diet, but there was no other way.

I was sitting there and started eating and it wasn’t good.  It was super chewy and hard to swallow.  I was thinking that I really hadn’t been missing out on anything all those years, but knew I needed to finish the meat to get through the stage that day.

While this was all going on, a French rider, maybe even Laurent Fignon, I’m not sure who it exactly was, came over, kind of started laughing and pointed at the steak.  He then did a couple neighs.

I didn’t know what he was doing, then thought a second and realized that he was mimicking a horse and implying that it was horse meat.  I pretty much dropped my fork and stopped chewing.  I was nearly sick.  I couldn’t believe I was eating horse.

That was it for the meat that race.  I wasn’t going to “risk” consuming horse again.  When that stage race finished, we raced the next few weeks in Italy and didn’t have that problem.

Anyway, I’m not proud of consuming horse meat. I never it attend to do it consciously again.  They still eat it over in France.  I’m not sure what that is all about.   Maybe it is one of the reasons I’m not that into red meat in general, I don’t really know. 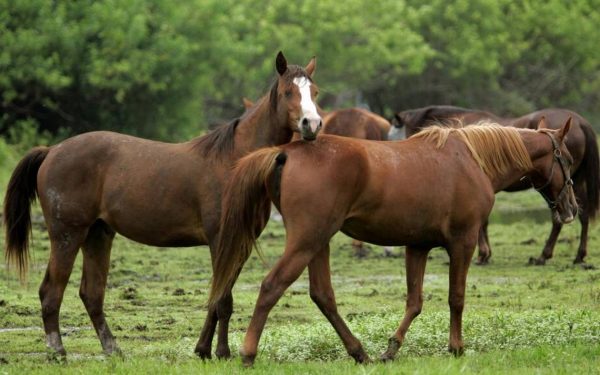 I have no idea how people eat these guys. It doesn’t sit well with me.