One thing that has really changed in my lifetime is the cost and speediness of shipping stuff.  And I don’t really understand it very well.

I remember one of the first times I was in Europe, I sent a lot of letters to friends and family.  My grandmother got the letter more than a month after I was home.  I shipped a box of extra stuff home from an Italian post office.  It took something like 3 months.

Then a couple years ago, I bought some VIttoria tubular tires from eBay.   They were from Italy. I emailed the seller and he said it would be $50 to ship them to me.  There were 25 tires and they were super cheap, so I figured $2 a tire was okay.  That was on a Monday, late.  Wednesday morning there was a box sitting on my front porch with the tires.   The tires got there nearly faster than I could have gotten home.

Now, if you buy a bike part from one of those British bike shops, the shipping is free and the stuff gets to your house super fast, like less than a week.  I have no idea how much it would cost me to ship a box to England, but I’d think it would seem like a lot.  And they include free shipping on bike parts that are less than 50% the cost here in the US.  Strange.

Getting you bike around is crazy now too.  For the first 15 years I raced, bike flew free, just counted as luggage.  Then they went up to $25.  Now, it is nuts.  Some airlines charge $200 each way.  I try to fly Southwest as often as possible because it is “only” $75 each way.  That, and that you can cancel your flight and still have use of the money you paid to fly later.

I’d heard a ton of good things about BikeFlights.  I just used it a couple days ago, but not for a bike.  I shipped a box of stuff to LA.  It was super reasonable and really easy to navigate.   I think a bike usually costs less than $40, at least that is what I’ve heard.  Pretty good deal if you’re flying on one of those airlines that make you bend over if you happen to be travelling with a bike.  They use FedEx.

So, stuff costs a lot to ship around the country.  I say that, but online shopping is at an all time record.  Two day shipping with Amazon is “free” if you belong to Prime.  But, Amazon Prime costs $99 a year,  so you have to add that in.

It seems like businesses and people that ship a ton get a better deal than us that just take our stuff to UPS or the post office.  I remember Keith Walberg used to be able to ship a bike from where he worked for about 1/2 the price than what it would cost me to take it directly to UPS.

What got me thinking about this is yesterday I received a ton of boxes from Amazon.  I’d ordered some Nite Ize dog lights and they were back ordered or something.  They were on sale for $1.56 when they normally are $5-8.  Yesterday, something like 8 boxes showed up. Each one, other than one, had one light in it.  These lights are miniature and weigh nothing. I didn’t get it.  They all came from the same place and all were shipped at the same time.  It had to have cost more for the boxes and shipping than it did for the lights.

And the batteries for the lights.  I can order them on eBay from China for $5 for 100 when they cost $3.95 each here.  That includes shipping, which is sometimes pretty quick.  I don’t understand how they can even ship them here for that price?

Maybe I just need to learn more about the cost to ship packages.  I use USPS, UPS and Fed Ex. Like I said above, BikeFlights ships all size packages.  RIght now, I might just use them a few more times and compare costs. 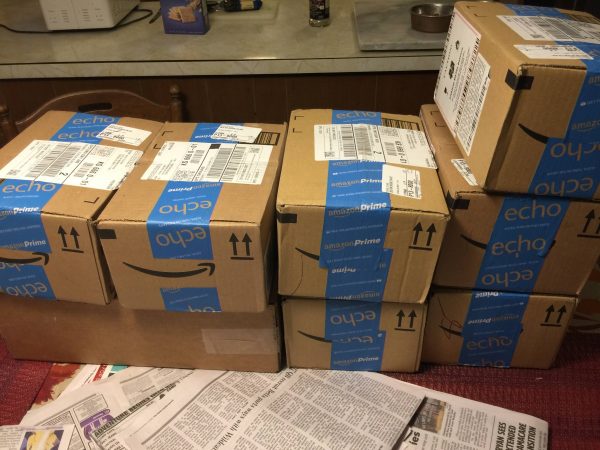 Each box had one light ,except one, with 6. Weird. 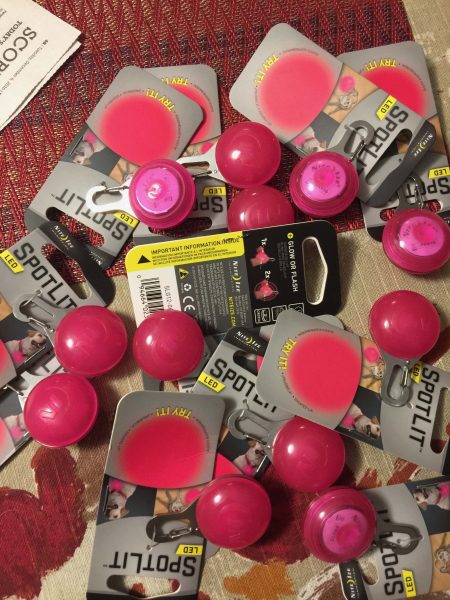 A pile of Nite Ize lights. The pink ones were the cheapest, but they really aren’t that pink. Tucker can somehow chew them off his collar when he is bored. He goes through a lot of them if I am forgetful and don’t take them off after he walks.

9 thoughts on “Shipping Stuff is Fickle”