I am finally reading my emails and got one last night from my friend, Jimmy Mac, that had a link to a Cyclingnews article.  The article was on “functional dehydration” relating to Chris Froome’s ability to climb faster at the Tour de France.  Jimmy Mac said I did an interview with him at Mountain Bike Action, over 10 years ago, with me saying the same thing.  I don’t remember that interview, but I’ve always had that view.

I think it is a personal thing how much water you need to consume while riding, or racing. Some guys need to drink constantly, others hardly at all.   I’ve read a bunch of articles stating how quickly an athlete’s performance declines with a small amount of dehydration.  I don’t have that problem.

Here is my example.  I raced the Pro Road Championships in Philadelphia multiple times.   The race was always in June and many times the temperature and humidity were close to awful.

One year, we were staying at a nice hotel, pretty much on the course.  The hotel had a scale in the bathroom.  I weighed myself right before I got dressed to ride to the start.  The race was hot, in the lower 90’s, with the humidity close to matching.  I took a bottle nearly time I went by the feed zone, but that was over 10 miles I think.

As usual, the race got faster at the end and I was feeling better and better.  There was a big split on the Manayunk Wall, which I made easily.  The finish laps were faster than any other time of the race, and I was riding faster, I felt better.  I don’t remember how I finished, but good.  I probably drank a beer and then rode back to the hotel.

When I got to the hotel, I striped down to shower and saw the scale.  I weighed myself and was 13 lbs. lighter than when I left.  That surprised me.  That was after drinking close to 15 bottles and a beer the previous 7 hours.  I was riding much better than last hour of a 6 hour race, having lost over 13 lbs, mainly through water loss.  That would have been close to a gallon and a half of water, by weight.

I started thinking about this for MTB racing.  I had heard that a few guys, had been taking diuretics before the races, which was completely illegal.  That they were shedding 8 lbs or so before the start.  We were talking about it and most the guys thought that it would be insane to be that dehydrated that much before a race.   I think that is wrong.  Here is a link to a abstract that says 3% weight loss through dehydration doesn’t affect performance.

I disagreed.  We’d done a study with the USOC, Olympic Training Center, getting weighed and hematocrit tested, before and after the races.  In a 2 1/2 race, most the guys lost somewhere around 6 pounds, which was on par with what I lost in Philadelphia, considering the time. Here’s a link to an abstract that says that being 3% light, through dehydration, doesn’t affect performance.

If I would have started the race 6 pounds lighter, because of dehydration, then I would have lost the 6 pounds and been close to the weight I finished Pro Nationals.  And I had ridden good at that weight, that dehydrated, on the road.

If I was climbing on a MTB that light, over 10 lbs., it is nearly a chainring difference, half the weight of my bike.  I’ve done this through dieting, but it only works for one race.  I have tried staying that light and always got sick after a couple weeks.

I typically don’t drink much training.  I think this season, early, I didn’t touch a water bottle the first couple months I rode.  Kansas isn’t that hot, but can be pretty hot sometimes.  I’ve ridden, many times, where I drink as much water as I can on a ride.  I fill up my bottles a couple times on a 5 hour ride.  Usually stopping and buying something ice cold about 1/2 way in.  Even so, I can come back 8-12 pounds lighter after a 5-6 hour ride.  (I’m really don’t sweat that much, like I don’t drip sweat all the time.) That is with consuming as much liquid I can find.  (I don’t use a Camelback.)

Anyway,  a Sky doctor saying that Froome being 2 kgs. lighter, through water loss, would aid in his ability to climb, wouldn’t surprise me at all. 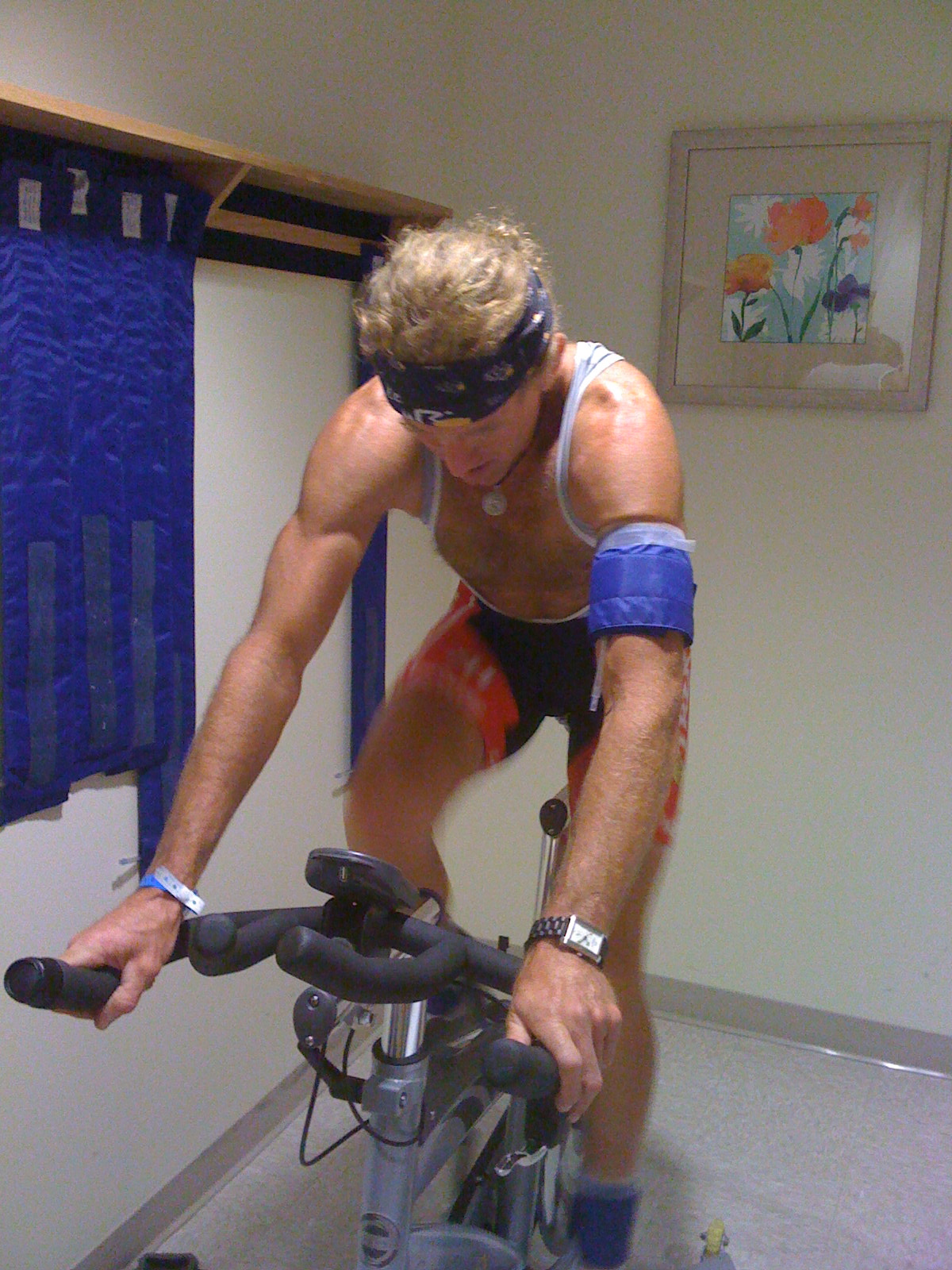 I’ve done a fair amount of testing, most times, sweating a ton. My wattage historically has stayed constant.