I’ve never been into training early.  I have done it before, but my mind and body are always protesting.  It’s alright after an hour or two, and it is nice being done riding early morning, but that isn’t enough for me to sign off on it.  Plus, I read somewhere that the majority of heart attacks during exercise are before 7 am.  Not that I’m worried about that.

I remember a long time ago, when I was living in Boulder, a friend, Jon Neff, and I decided we were going to hike up Longs Peak.  You’re supposed to start early, like in the dark, to miss the afternoon storms, but we got a late start.  We were driving down through Lyons a little before 6am and this line of triathletes comes riding by.  There are something like 20 riders on aero bars training.  I was thinking that they had to have left before 5 to be out there.  I didn’t understand it at all.

Anyway, this morning I started riding before 6am.  My friends from Louisville were hoping to start driving home by a little after 7 and Stacie wanted to ride an hour before they left, so I told her to come by before 6 and we could do it.

It is dark here until 7.  I put the trainers out on the back porch.  It was around 50 out, so pretty good trainer temperature.  Stacie put on some music and we rode.  The hour went pretty quick. I was sweating and a little cold at the same time.  Anyway, done riding by 7am, right when the sun was rising.  That is very unusual for me.

I can’t say that I feel that happy about being done.  I’ve been getting up pretty early, like way before 6, the past 6 weeks, so it really isn’t that early for me.  But I’d rather ride later.  I’ll ride again tonight.  My head seems to feel better if I ride the trainer maybe an hour or so before I go to bed.  I’m not sure what that is all about, but whatever makes it feel better is something I am going to do.

It is supposed to rain all day today.  Kind of a fall day.  My riding gang went out and rode gravel on the Flint Hills west of Topeka.  Pretty primitive roads for Eastern Kansas.  So Karl got in close to 100 miles the last two days.  All on gravel.  I would like to be doing that, but I have to ride inside for a few more weeks most likely.  I can’t really complain.

Okay, back to watching cross.  I didn’t expect November to be like this.  Seems like the month took forever.  But, like I said above, I can’t really complain. 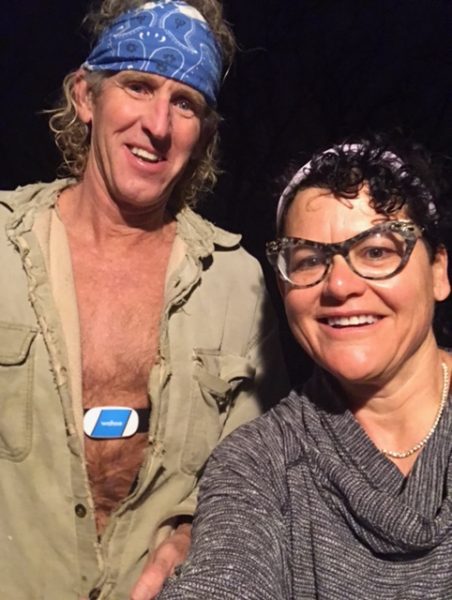 Stacie and I before. 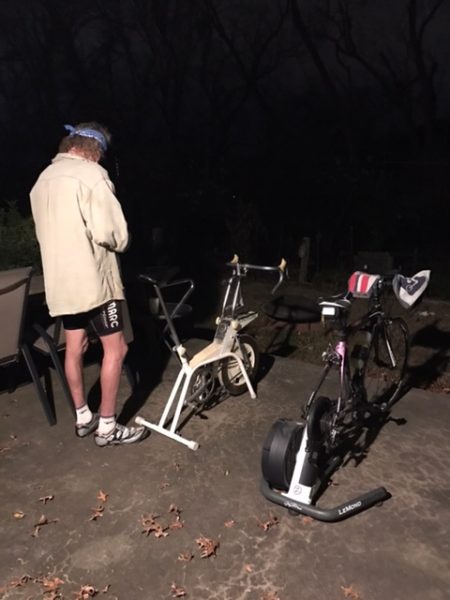 Getting ready to ride. 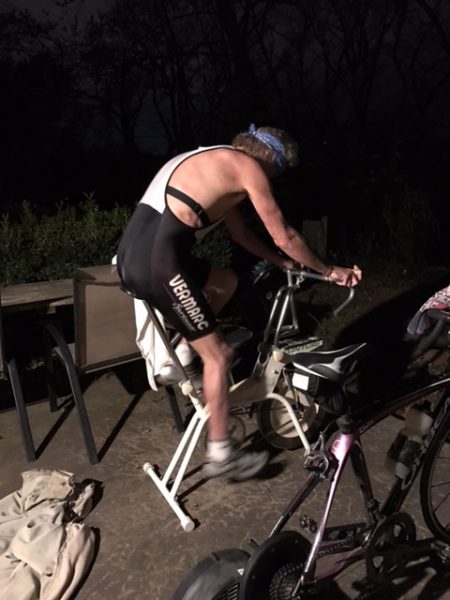 Riding in the dark.