When I was a kid, we had a pie cherry tree.  Most of the kids in the neighborhood would get together and pick and pit all the cherries and my mom would make each a pie.  Lots of sugar on the bottom of the crust that solidified after being refrigerated.  It was great.

I don’t make that many cherry pies.  Mainly pumpkin and apple.  I think that is because the ingredients are easily accessible.   I like cherry pie a lot. Peach too.  I guess I need to expand my horizons.

Recently, since whacking my head, I’ve had a little smell/taste issue, so food isn’t as interesting. Hopefully that figures itself out.  That didn’t stop me from making a few pies for Thanksgiving. Pumpkin only.

Did you know that canned pumpkin isn’t normally the pumpkins we use at Halloween.  It is a variety of squash.     I use Libby’s pumpkin which is sort of pumpkin.

Anyway, I hope you all got a chance to eat some pie the last couple days.  If not, you should soon. 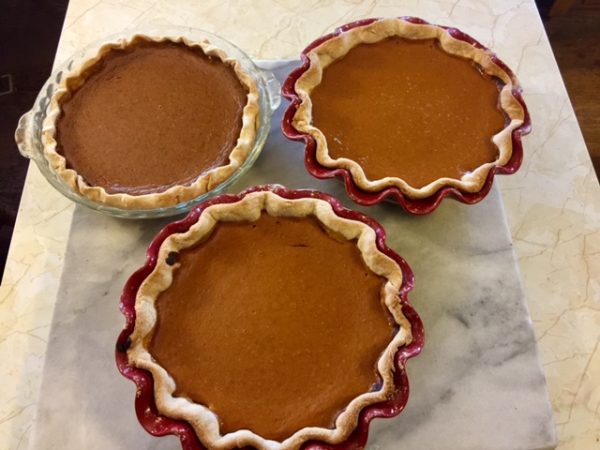