Yep, the title of this post is pretty strange.  Especially for a cyclo-x.  That is what cyclocross is all about, weather.  Inclement weather at that.  But, the promoters and/or the UCI decided that the weather was too bad in Koksijde Belgium to hold the race.

I was looking forward to watching the race this morning.  This lack of sleep thing makes the early morning way too long.  It takes me a while to get to a mental point that I can actually move around and do things, so early morning cross fills the gap quite well.  Not to be.

So, no cross this morning.  Me,personally, I’m hoping to get driven to Lawrence to watch the 360 Cup Cross race later today.  It all depends how I feel.  I should just commit right now.

Anyway, here is a link to the announcement.  There are a couple tweets by Wout, and such, that applaud the cancellation of the race.  I guess I get it.  They aren’t getting any big start money to do it, since it is a World Cup, so I guess they would just rather skip it.   And the promoters were probably worried about the attendance.  Belgian fans are pretty weather resistant, but I’m sure that storms and wind would have made the fans apprehensive about coming.  And that gate fee is an important part of the viability of the event.

I feel pretty badly for all the foreigners, especially the 14 Americans, that flew over there to do the race.  I’m sure that some, or most of them will stay for a week longer and do the next World Cup, which is next weekend, but it is still a big deal financially and motivational too.  In 2014, American  Gage Hecht won the  junior race in Koksijde.

Koksijde is a pretty sandy place.  The race is known for the sand.  You would have thought some rain and such would have made the course better for the riders?  Guess not.  Guess it was too windy.

Anyway, if you want to watch some cross, I posted the video from the race yesterday.  You can click on the YouTube link on the bottom right if you want to watch the women’s race.   Wout and Van der Poel didn’t race, but it was still a good race to watch.  American Stephen Hyde was riding at the front early on, but must have had a problem, or just the travel got to him, because he finished 13th, which is still good.  Okay, have a good Sunday.  Enjoy. 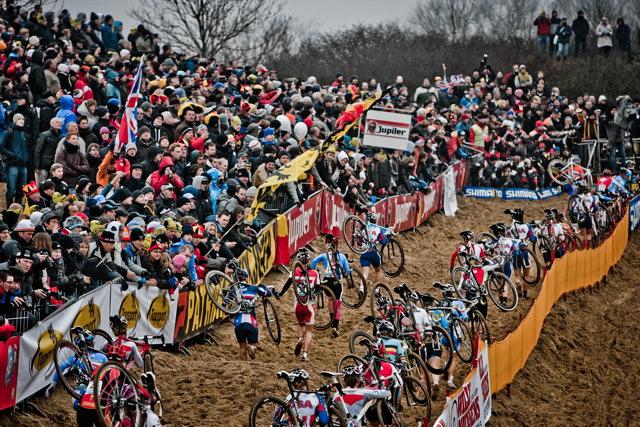 4 thoughts on “World Cup Cyclocross Cancelled Today because of Weather”