Today it has been exactly 5 weeks since I crashed and fractured my skull.  It is hard for me to get a handle on that time frame. Since I don’t really have any agenda, sometimes the days drag like crazy, other times it is slow, but not crazy slow.   It is really day by day.  The days are going alright recently.  I can’t say that I could live like this continually, but compared to just a little over a week ago, I am doing amazingly well.

For sure, I have some issues.  I’m going to KU Med on Monday and spending most of the day there.  I’m doing a MRI on my neck, which isn’t so good, and then spending the rest of the time with the neurologist.  I think she’ll be happy with my progression since I last saw her, but I’m in pretty unfamiliar territory here, so what do I know.

I’ve been walking some outside, and riding the training once or twice a day.  It is hard getting on the trainer when I have a splitting headache, but I know that once I start riding, it gets a ton better.  I’ve up my heart rate to anything below 110.  I kind of did that on my own.  That is enough to sweat, but not really get a workout.  I think I’m riding around 200 watts, which isn’t embarrassingly pitiful considering.

I think most of the reason I’m doing better is that I’m sleeping more.  Last night was another record, over 6 hours.  The thing that always wakes me up is a headache.  It is getting better continually, but I’d love to get in another hour or two.  I think my brain would really appreciate it.

I still have close to 1000 emails I haven’t read yet.  I plan to allocate some time to those soon. The problem with that is when I feel good enough to do that, I’d rather be doing something else.  Life, I guess.

It has been super weather here in Kansas.  That changed last night.  It was in the upper 70’s yesterday, but a cold front blew in last night and it is in the lower 40’s now, which isn’t super cold for November.  One of the highlights of my day is going to the back yard and sitting in the sun with Tucker.  And a cat, which is always up for that.   It’s going to be back in the 60’s early next week, so I can’t really complain.  It has been a warm fall so far.

I’m hoping that on Monday, when seeing the doctor, she’s okay me to do some other exercises. This is close to the longest period of my life I’d been so sedentary.  Even when I’ve been real broken up, I’ve figured out a way to stay relatively fit or in shape.  This one is different.  The risk/reward factor is much higher.   So, it is just spinning inside.

I feel I need to thank everyone again for being so encouraging.  And for all the stuff.  Seems like I’m getting a package nearly everyday.  I’m doing alright.  It could have been a lot, lot, worse. 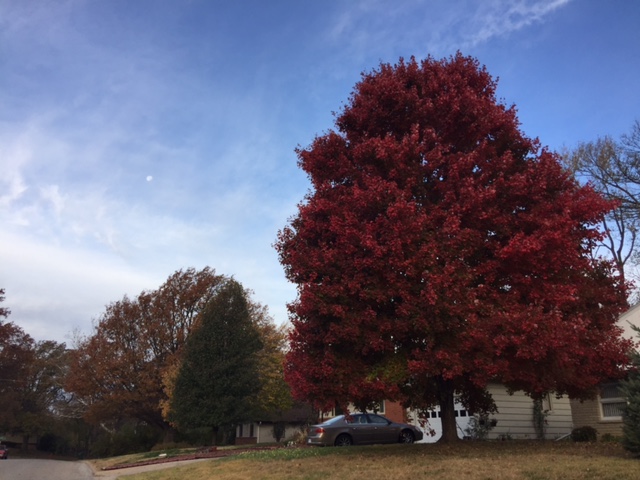 It is definitely turning fall here in Kansas. A little late really. 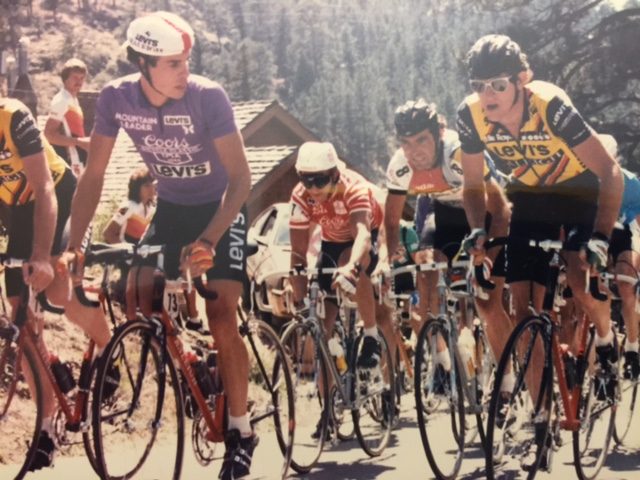 I was looking for pictures yesterday and found these. This is me and Andy (Hampsten) at the Coor’s Classic. Bernard Hinault and Greg Lemond are behind/between us.  Andy looks better than the rest of us here. 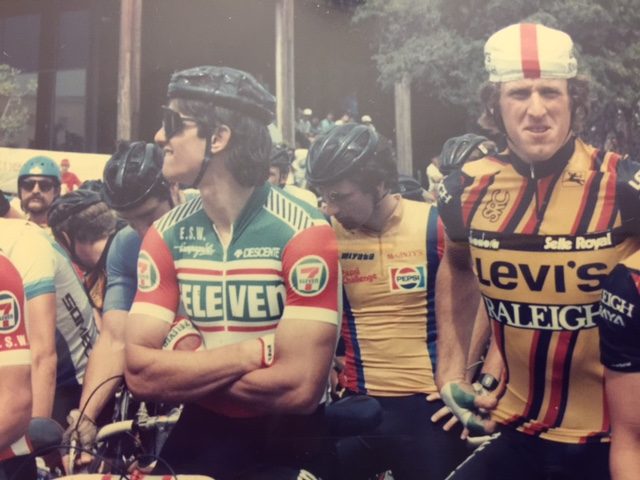 Here I am at the start of a race in Texas with Eric Heiden. Check out his arms. They still look pretty much like that. 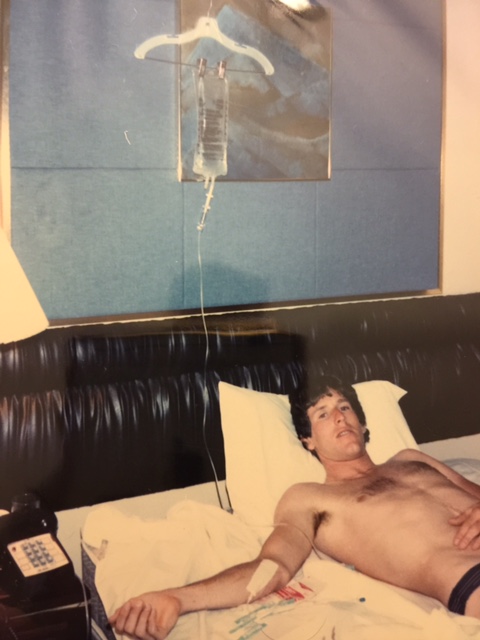 This photo was from the Coor’s race in 1985, after I’d hit the car in England and had only ridden a couple weeks before the race. I’d made it three days and then completely fell apart. The race doctor wanted to take me to the hospital, but I wouldn’t leave my hotel room for some reason. I ended up doing IV’s all night, no sleep, then raced Tahoe to Reno and finished fine. One of the two times in my life I’ve done IV’s at a race. The other time was in Guatemala.   Both times I was in a dire situation. .This is the closest I got to Thomas Dekker’s saga.    And the last time I did an IV, other than 5 weeks ago at the Intensive Care WIng of Stormont Vail.  This photo was at the Harrahs hotel in Reno.