It is funny how fast weeks are going this Fall.  I’m not sure why that is, but it is, at least for me. This week has went fast, even though I was draggin’.

I’m heading back to the doctor this morning at 9 am.  On Wednesday, he sucked a big syringe of goopy mess out of my knee and now I’m eating a handful of antibiotics every 6 hours.   I think my knee felt better this morning, but I still don’t get what happened.  Whatever it is, I don’t like it.  I haven’t ridden since Tuesday.

Actually, I haven’t been riding that much this past month.  I don’t think I’ve had much over a 200 mile week the last 4 weeks.  Some of that is because I’ve been riding cross and MTB, but my hours are way down too.

After seeing the knee guy, I’m going to call a GP and try to see him.  I haven’t been feeling very well since way before Chequamegon, so that is a couple months  I thought it would just pass, but it hasn’t and it’s been way too long for that.  I don’t have a regular doctor, so I need to get one.

Yesterday I did a bunch of auto repair.  I’m pretty good at it. At least sometimes.  I guess it is just putting in the time and having a good attitude.  You figure they had to have put it together some way, so there is a way to take it apart.  Sometimes I wonder what the engineers were thinking when they designed certain cars/engines.  I wonder if they took repair accessibility into consideration at all. The Internet is awesome for pointers.

I was replacing the filler neck of Dennis’ pickup truck. I had just filled it up with gas and then got the part in the mail.  It was totally rusted, so I had to drill the screws out to remove it.  Then I proceeded to spill a 1/2 gallon of gasoline on myself while trying to loosen the hose clamps and install the new part.  I have never had much problem with gas, but for some reason, the stuff was kind of burning my skin and when I looked at it, the skin was whitish.  I took off my clothing and headed to the shower pretty quickly.   I still smell like gas this morning, so I guess it permeated my skin.

I got lucky and loosened all the bolts to the power steering pump on the same car.  I don’t have the pump, but am picking one up after seeing the doctor.  I say I’m good at auto repair, but I’m not that good at diagnosis.  At least good enough to be sure that I’m not wasting my time and money doing this.  I’m pretty sure it is the pump, but probably only 70% sure.  Guess it will be a little surprise.

Yesterday I also took a bunch of brake rotors to the recycling place.  I’m not sure how many I had, but they weighed a little over 300 lbs.  I guess I’ve done a lot of brake work the last 6 months or so.   I got $12.75 for them.  I got a better rate for cast iron, $85 a ton, compared to $65 for normal metal.  Those recycling places are a trip.  It is amazing what is there and the machinery moving the metal around.  Something out of a sci-fi movie.

There are two cross races this weekend in Lawrence, but I’m not going to be able to race.   For sure. Catherine texted me that she is going to race, so I’ll probably go help her.  Hopefully, the doctor will give me the go-ahead to ride some.  I think I could probably bend my knee enough to pedal.  It was hurting pretty good yesterday, but like I said, today it seems a little better.

Okay, I better get going.  I hate these semi-early morning appointments. 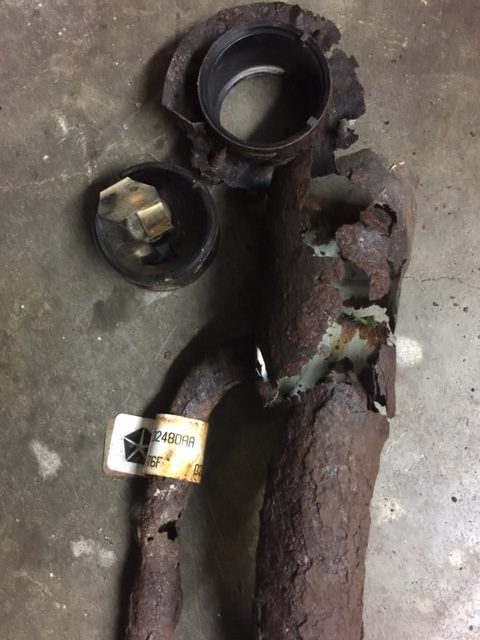 Gas filler neck I replaced. How rusted was this?  I’m surprised any gasoline wen into the tank at all. 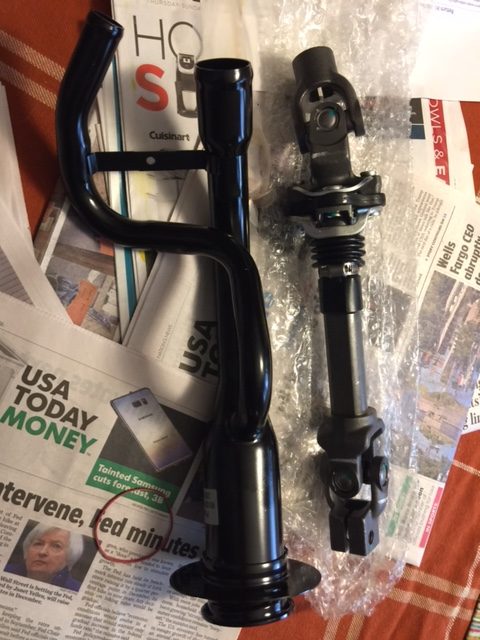 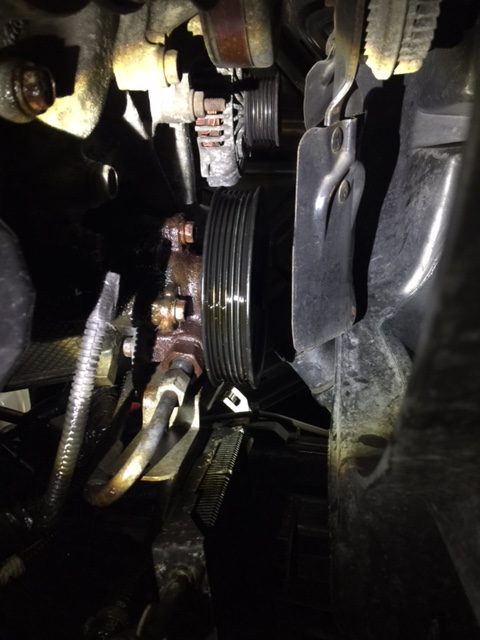 I’m also changing the power steering pump. I have all the bolts loose. Just need to go get a new pump and then change it. 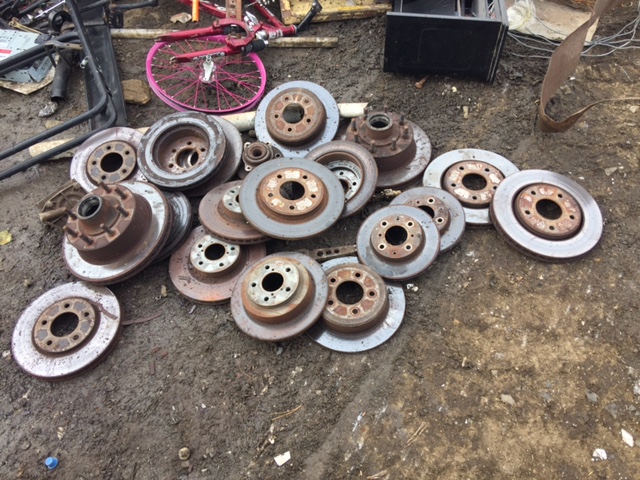 Pile of brake rotors I took to recycle yesterday. I guess I’d been stocking them up for a while. 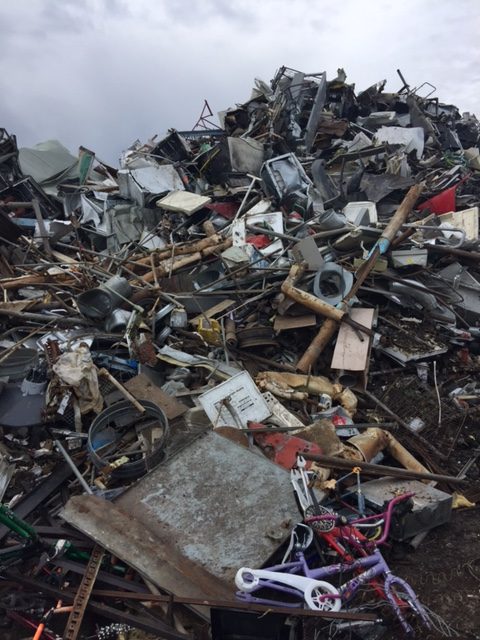 Craziness at the recycling place. 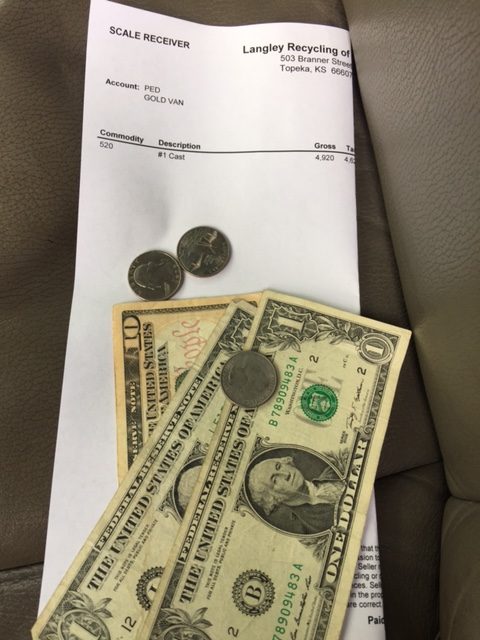 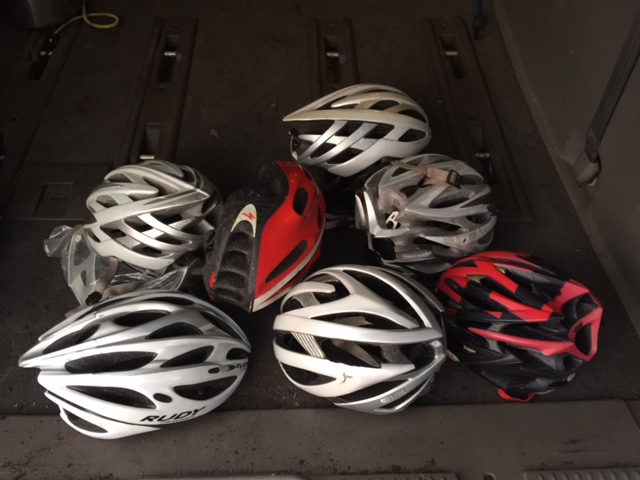 We took a bunch of old helmets over to the Bicycle Coalition last night. They can use just about anything extra cycling related.

21 thoughts on “Hard to Believe it is Friday Again”