The guys at CX Magazine contacted me about using my post on pulling guys at Jingle Cross.  I guess they had a few friends that had the same issues with the start and the 80% rule.  Lots of guys did.

So CX Magazine posted an article with this title –

Catchy title, but technically inaccurate.  It is really harmless, but I wanted to clarify if there is any misunderstanding.

The title to my post that they ran was –

Hey USAC – This is Problem

I wasn’t suggesting that Jingle Cross was to blame.  I was posting on my observations from all over the country that the officials, at many cyclocross races, don’t know how to apply correctly the 80% rule.  It isn’t exclusively a Jingle Cross problem, it is a systemic problem that our sport has throughout the nation.

I’ve been going to Jingle Cross nearly since its inception.  It should be an example to what all cyclocross races aspire to achieve.  John Meehan, personally, has carried the torch for this event, along with a ton of help from his posse, so that this event is a go-to race for any serious cross enthusiast.

It is really unbelievable that he has taken his race from a loop around a cross country field in Iowas City, to World Cup level with so much success.  It is the best cyclocross in the US, in my opinion.

Okay, there were a bunch of disgruntled Masters this year in Iowa.  And the race suffers because of that.  Questionable officiating reflects badly on the promoters of sporting events. John understands this, but I have to give him a personal pass.  He was beyond super busy, burning the candle on both ends, trying to juggle all the tasks needed to put on a successful World Cup.  He didn’t ignore the masters, they kind of fell through the cracks.

One thing that this whole mess accomplished is that maybe, just maybe it will bring on change on how they score cyclocross races.  The sport was fine before the 80% rule.  The rule is detrimental to the growth of the sport and needs to be addressed to by USAC.  And this is going to happen, I think.

Both John and USAC responded to the CX Magazine guys –

Update #1: Promoter John Meehan was not aware the 80% rule would be implemented at his event on Friday or Sunday, and told Cyclocross Magazine “We don’t like the 80% rule. It puts officials in a difficult spot, especially with multiple fields on the course, and takes away the fun and competition from the [amateur] participants.” Meehan emphasized he understands that Masters racers are critical to the event’s success, and that with the services and camera of One to Go timing services, accurate results can be achieved without pulling racers, and that will be the goal moving forward.

Update #2: USA Cycling has responded as well, saying, “We understand and appreciate our ’cross community’s concerns regarding the 80% rule. We are reviewing the application of the rule and, in particular, when and how it is implemented. We will have recommendations shortly to address these concerns.

At least the issue is recognized.  I can’t believe it continued from last season to this season.  Or worse, from the Nationals in Bend, years ago, to Austin and Asheville.  It seems many small voices become a big enough voice, that the big voices have to take notice.  That is a good thing in most aspects of society.

The Grinch huge cross fan.  He is out on the course cheering, heckling and dancing.  The Grinch doesn’t steal cross from anyone.  The Grinch is an integral part of US cyclocross.  Let’s not give him a bad rap, it isn’t right. 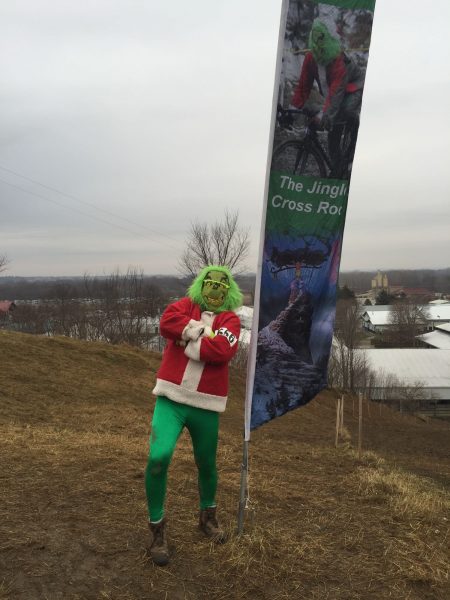 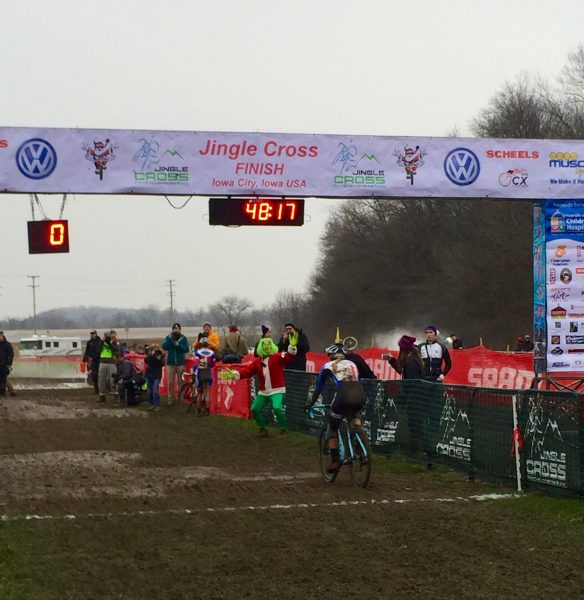 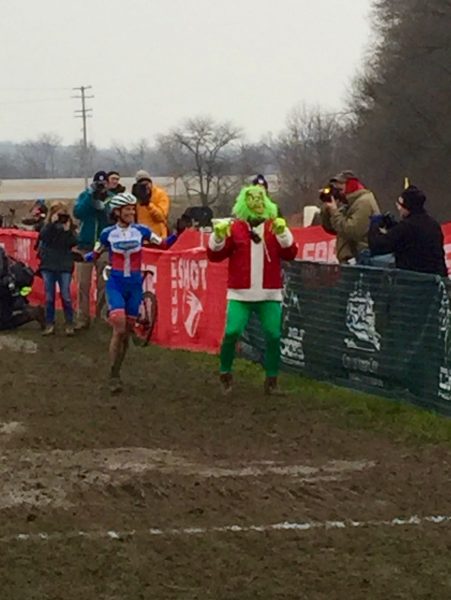 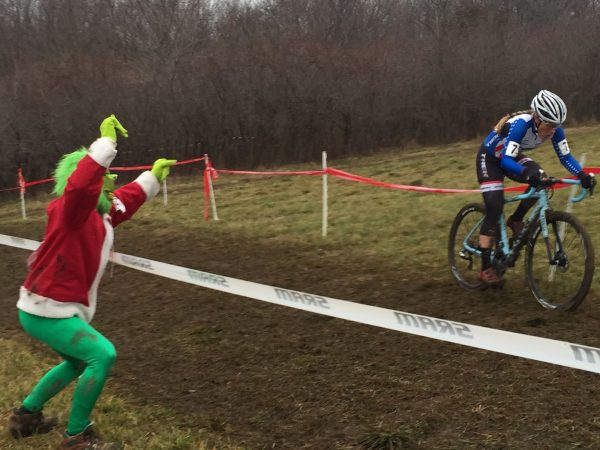